Melissa McCarthy is preparing to take on the familiar role of landlord once again. The Can You Ever Forgive Me? actress and her husband, Ben Falcone, previously rented out their charmingly decorated three-bedroom, four-bathroom home in Toluca Lake, but they must have a vacancy, because the property is back on the rental market.

McCarthy and Falcone first listed the private, gated property as a potential lease almost exactly a year ago, in May 2018, for $10,000 a month. They secured an occupant two months later, and it looks like a bidding war of sorts broke out, as the home rented for $11,000 a month.

Anyone sad that they missed their chance to snag it need not worry, as the home has returned—and with the same $10,000-a-month ask. It comes fully furnished, but the listing notes it as a short-term rental, though it doesn’t specify precisely the length of time it will be avaiable.

The couple purchased the 2,167-square-foot bungalow-style Los Angeles home for just $780,000 in 2009, as noted by Variety, which first spotted the listing.

It has French doors, hardwood floors and crown molding throughout, with plenty of personal touches and decor. The living room is centered around a wood-burning fireplace, and has a window and upholstered couches. The kitchen is equipped with Carrara marble counters, stainless steel appliances, a wine cooler, subway tile backsplash and a moveable industrial-style center island. It leads to the formal dining room, which has marigold and white-patterned wallpaper.

The finished garage has its own bathroom, and the listing, held by Fred Holley at Core Real Estate, notes it could be a studio, gym or additional office. The backyard has a pool, a spa, a cabana, a dining area and a barbecue.

McCarthy and Falcone have since moved on to more lavish accommodations. The duo paid late actor Alan Thicke about $3.5 million for another Toluca Lake property back in 2012 and proceeded to custom-build a three-story estate on the grounds. They reportedly added another 3,000 square feet to the existing 8,656-square-foot mansion, with touches like a screening room and an elevator. 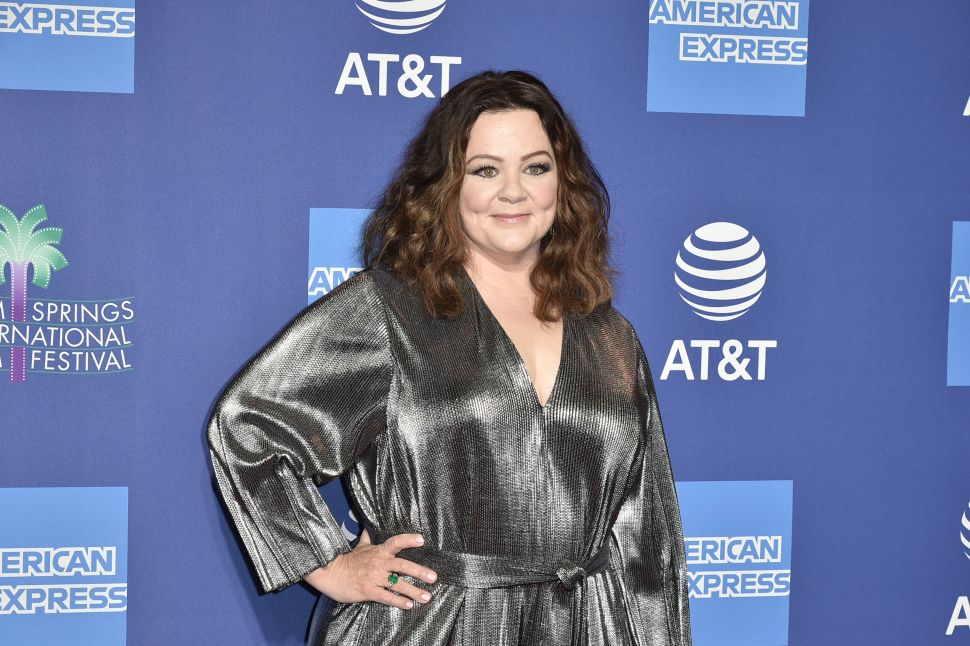