Why isn’t there a consumer gadget for art yet, when there’s been iPods for music for nearly 20 years and the Kindle for books for 10? Have Apple and Amazon (and the rest of Silicon Valley) just turned a blind eye to fine art throughout the digital revolution? Or is there simply not a demand for such a thing?

Well, a New York-based startup born out of a Lower East Side artist co-op is on a quest to find out.

Meural, founded by a pair of NYU buddies, Vlad Vukicevic and Jerry Hu, in 2014, makes a 20-inch by 30-inch wall frame that displays digital reproductions of a wide assortment of artwork, from Renaissance masterpieces to National Geographic photos.

These frames aren’t cheap—they start at $595 and with prices getting higher for customizable sizes and so on—but it ensures stunning display quality unmatched by those tiny digital photo frames from the 2000s, and gives you access to Meural’s vast art library of over 30,000 pieces of artwork for an additional monthly $6 or annual $49.95. (You can also upload your own or buy works from its library à la carte.)

Last month, Observer sat down with Vukicevic and Hu at their SoHo office in Manhattan to chat about the making of their product and how one pretty art frame could trigger a bigger disruption in the untapped business of art.

How did the idea of a smart art frame come along? Whose idea was it?

Vlad: Before Meural, I had some experience working with artists in my last company, which focused on crowdfunding. In that experience I saw that musicians, filmmakers and writers all had seen digital revolutions in their art forms, both in terms of distribution and access and creation. But visual art was still left behind. It was still trapped in either the world of low-end posters or limited-edition prints on the high end, where you need to go to a gallery or an auction house to buy.

There was this huge middle area for people like myself who wanted art in their lives but didn’t want a poster and didn’t want to pay thousands of dollars for something, either. So that internal desire was what led to the initial thinking around Meural.

Jerry and I have known each other since we were freshmen at NYU, and we’d always talk about different business ideas and ventures, so I came to him with this Meural idea from kind of a macro perspective, whereas Jerry had more of a bottom-up perspective.

Jerry: Over the past 20 years, we’ve seen all major art forms become successfully digitized—you have iPod for music, Kindle for books and smart TVs for film and television. But nothing really existed for visual arts. And a solution like this that replicates an art form requires a full stack of products. People have approached it in various ways: there’s obviously the classic digital frame that’s been around for years; people used to put artwork on DVDs and sell that—a lot of museums still do that, in fact.

But there was never a complete product that incorporated hardware, firmware with software. That’s what we built with Meural.

How did you determine whether there was a real demand for this?

Jerry: Well, the best way to establish demand for something is to have it available for purchase. That’s how we did it, really. We founded the company in August 2014 and launched the pre-order in April of 2015.

How many frames did you sell during the pre-order?

Vlad: But it was within a few weeks, so it was really kind of like, “Oh wow!” We put in probably like a few thousand dollars in marketing and PR, and we saw that people were buying this product in a meaningful amount.

How did you settle on the size and price of the Meural frame?

Vlad: Before the pre-order, we had developed the product for about a year at an artist co-op here in New York called Con Artist Collective. As we were testing out screens of different sizes, shapes, etc., we were getting constant feedback from artists: painters, photographers and designers. They’d be like, “This needs to have less glare” or “That needs more contrast.” Once we started hearing artists say, “Holy moly! This looks really good,” we knew we were on to something.

As for the price point, we knew that we had to be below a certain price point. We couldn’t price it at, you know, $5,000 or $10,000. But it can’t be cheap either. The price was mainly determined on the display’s size. We wanted something big enough for people to put up on the wall yet still affordable.

What’s special about the display?

Vlad: We have a patented technology called TrueArt. There’s an algorithm that determines the effect of the display based on different artwork.

For instance, if it’s a Monet with a primary color green and a secondary color blue, based on those characteristics, it will be displayed in a certain way, and that’s really where the visual quality comes in.

That sounds impressive. Aside from frames, you also have a subscription program that offers members “$3 billion of art” for $49.95 a year. First of all, how did you come up with that “$3 billion” number?

Vlad: We looked at auction results over the past 18 months, and then we cross-referenced our library with some of the artists and specific pieces that had been sold over that period of time, such as Modigliani, Van Gogh, Monet, Winslow Homer, Chagall. And then we multiplied these two numbers, and it’s around $3 billion.

We can say $3 billion comfortably—it’s probably a lot more if you start digging, because we have over 30,000 artworks in the library, and a lot of them are classics. I mean, how would you price the Mona Lisa? You can’t.

What’s the thinking behind the subscription model?

Vlad: Early on, we bundled everything together, but as we started getting more and more art on the platform, we realized that the economics don’t work unless there’s actual money associated with paying for the art, not just the hardware itself.

Jerry: Selling hardware is entering its twilight zone. If you’re going to sell a physical product, you have to sell something else attached to it, whether it’s service or content.

Vlad: Yeah. If we ever become the Apple of art, I’ll be happy with that.

Tell me a bit about the artists you’re working with.

Vlad: In the beginning, we wanted to have only classic artwork represented. Like I mentioned, when you say art to someone, most people think Van Gogh or Monet. So that’s what we focused on the first two and a half years. And over the past year and a half, we’ve been focusing on contemporary art. We work with both individual artists—you know, those who create digital art: moving art, GIFs, things that are completely underrepresented—and big brands that hold licenses of iconic artwork. For example, we just launched a partnership with National Geographic to have their photographs in our library.

What do artists think about the Meural frame and your subscription model?

Vlad: We’ve been surprised by how much artists love this concept. Artists view it as a new tool to reach people directly. They don’t have to do it through Instagram or other online platforms. They can get their work directly to people’s homes. I think that kind of unfiltered, unabridged way of reaching people is something that the art community is really embracing.

Meural was acquired by Netgear in September of last year. At the time, you’d only raised series A. Why did you sell so early?

Jerry: I’m not sure if that was early or not, but we reached a pretty critical point in our company’s history. By the way, Netgear was actually a fairly significant investor in our series A round in 2017.

In 2018 when we were raising series B, we realized that there were two major challenges in front of us: capital and distribution. And Netgear was the perfect answer for both those problems. It is a publicly traded company that has been building hardware for over 20 years. They’re the world leader in networking products, and they have 30,000 retail locations; while at the time, we were only in 150 locations. So our reasoning was that we needed capital to continue to build our product and that we also need locations where people can find the product.

One of the biggest concerns when people purchase a startup product is whether the company is going to be around in a year or two. That’s a very fair concern. And now that we’re part of Netgear, that question has gone away.

Where do you see Meural in the broad art/consumer tech space in the long term?

Vlad: We see Meural as a product for “the other three walls” in American homes. (There’s usually a TV wall and three other walls in a typical American living room.) Generally, those three walls are pretty static—either you have some art or you have nothing, and that’s where Meural comes in.

It’s a big, big market. We understand that it’s going to take many different innovations and improvements to get there, but we see this as a universal type of product that makes visual art a part of people’s daily lives in the same way that music and literature are a part of our daily lives. 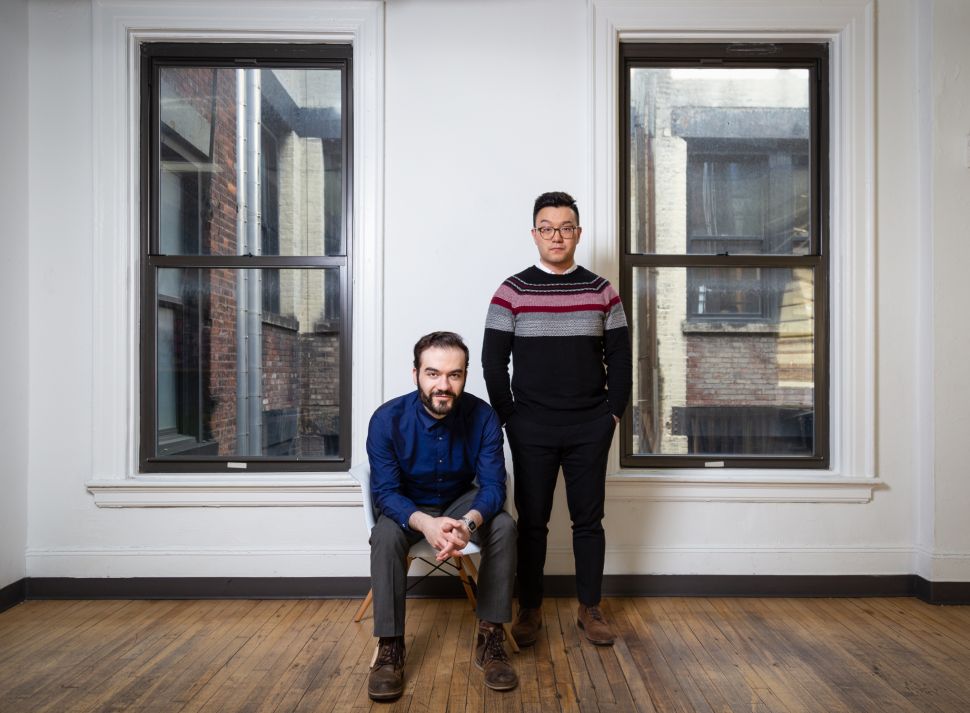