With the necessary caveat that the world needs to develop modes of restorative justice that in no way involve incarceration, the fact that Michael Cohen is going to prison is pretty crazy, especially considering the life of luxury and indulgence the disgraced lawyer has been leading up to his sentence. Cohen, who in 2018 was sentenced to three years in prison in part for financial crimes including tax fraud, has apparently been noshing at “Manhattan’s most expensive and exclusive restaurants, sometimes for three meals a day,” reports the New York Post.

When you think about it, this actually makes a lot of sense: If you’re a convicted white-collar criminal-slash-President Donald Trump’s former fixer and your three years in a federal correctional institution are looming on the horizon, why the hell not let loose at all of your favorite wildly extravagant eateries? That way, when you’re subsisting on comparatively unappetizing commissary fare, at least you’ll have fond recollections of filet mignon and spectacular creamed spinach to keep you company.

“We always give him and his wife pasta with lemon, even though it’s off the menu. We keep doing it because he loves it so much,” Coco Pazzo restauranteur Alessandro Bandini told the Post (the fast-casual Tuscan spot is a favorite of Cohen’s). “He wants to make the most of his freedom. When he goes away, I’m sure having memories with friends and family will help.”

Cohen definitely seems keen on stocking up his memory bank, because the Post reported that a couple of weeks ago he was also seen at The Polo Bar (brought to you by none other than Ralph Lauren) on Friday, L’Avenue at Saks Fifth Avenue (a Parisian-style hideaway designed by Philippe Starck) on Saturday, and the famous Regency Bar & Grill (a “Power Breakfast” headquarters) on Tuesday.

Cohen apparently prefers a steak feast at The Polo Bar, which makes sense given that the restaurant is Lauren’s wood-paneled culinary homage to classically all-American cuisine; you can opt for the filet or the bone-in rib eye, but Cohen has probably ordered the New York strip steak at least once. Even the side sauces sound tantalizing: You can drizzle your meat in peppercorn sauce, spicy parsley-garlic sauce or horseradish cream sauce. Waiter, bring us the Michael Cohen special!

Turns out, the prison in which Cohen has elected to serve his sentence is one that includes a range of specialized features for its inmates. The Federal Correctional Institution in Otisville, N.Y., employs a full-time Hasidic chaplain, offers religious classes and serves a variety of kosher meal items including rugelach and gefilte fish.

“Hey, it’s not Zabar’s, and it’s a little overpriced,” a former inmate told The New York Times. “But what do you want? It’s prison.” 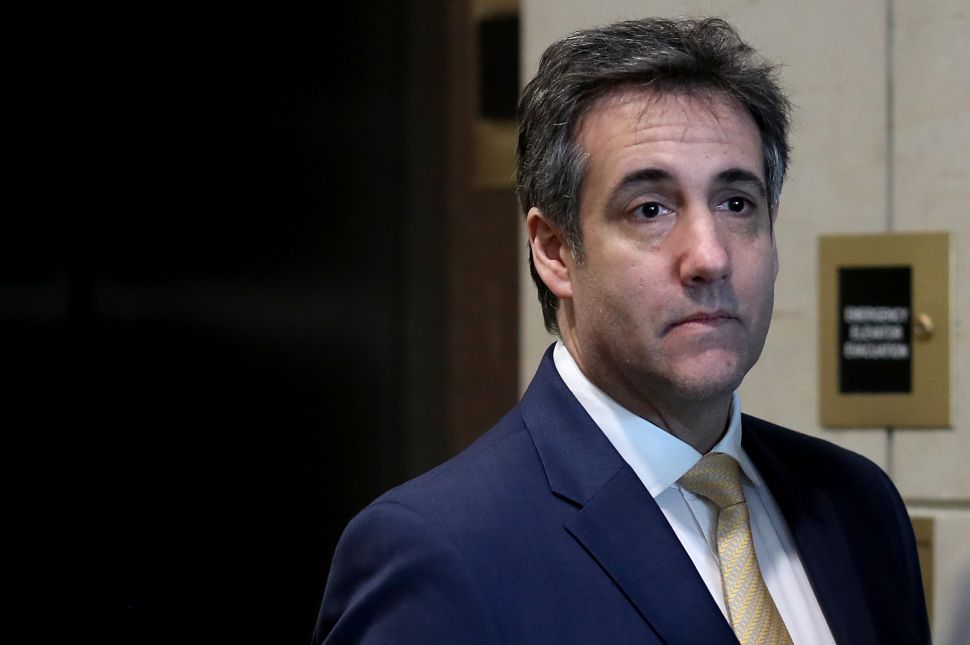