Vice President Mike Pence appeared at the Conservative Political Action Conference (CPAC) on Friday to frame the 2020 presidential election as a referendum on socialist policies.

“Bernie’s been joined by a chorus of newly elected officials,” Pence told the crowd. “But what they’re actually offering is just more of the same: more taxes, more spending, more government and less freedom.”

“It was freedom, not socialism, that gave us the most prosperous economy in the world,” continued the vice president.

Most CPAC speakers this year have sounded the alarm on socialism’s rise in the Democratic Party, taking special aim at Congresswoman Alexandria Ocasio-Cortez’s ‘Green New Deal’ package. Pence was no exception, saying “the only thing green about the green new deal is how much ‘green’ the deal is going to cost taxpayers.” 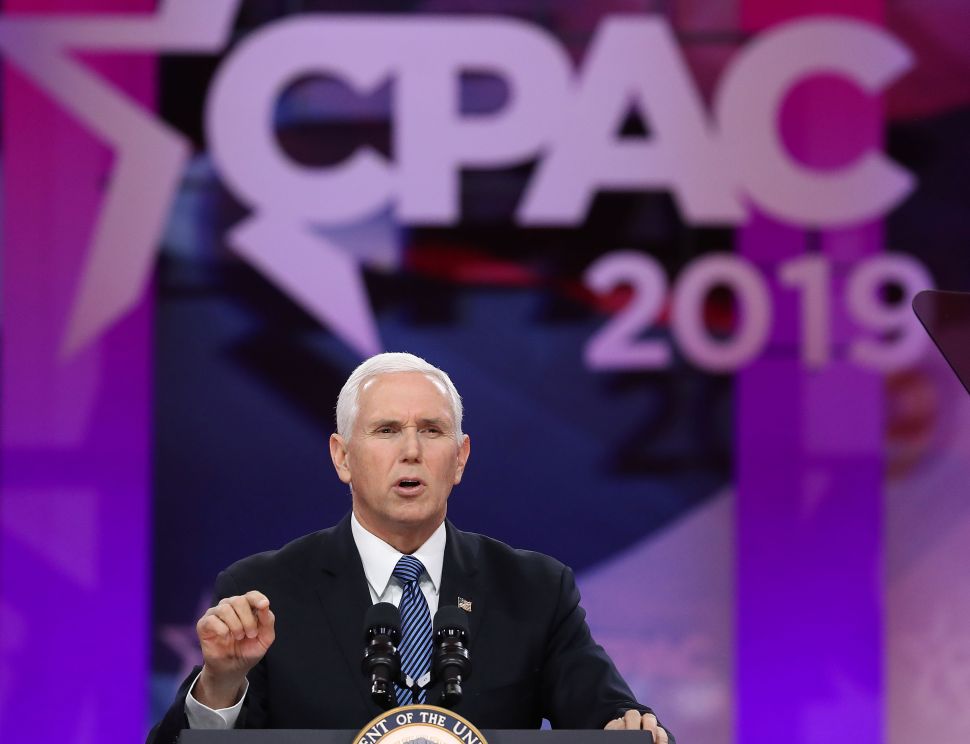