Television will support upwards of 500 scripted series in 2019, by far the most it has ever seen. Thanks to this dramatic output over the past five years, showrunner salaries have exploded throughout the industry. The well-capitalized Netflix has ushered in the age of the mega-deal with astonishingly lucrative contracts for big names such as Shonda Rhimes (who snagged $100 million) and Ryan Murphy (who got as much as $300 million). Warner Bros. has answered by keeping über-producer Greg Berlanti in-house by offering him $400 million and swiping away Mindy Kaling (who’s looking at “mid-eight-figures”) from Universal Television.

In response, Universal Television made the smart move of locking in Michael Schur, whose name is all over most of your favorite sitcoms from the past decade. Variety reports that the beloved writer, producer, and showrunner has closed a new overall deal with the studio. Though it hasn’t been confirmed, Decider reports that the deal is for five years and that Schur would be making somewhere around $25 million a year.

“There are very few people in this business who have been as instrumental to the success of both NBC and Universal Television as Mike Schur,” George Cheeks and Paul Telegdy, co-chairmen of NBC Entertainment, said per Variety. “Mike is a comedy genius. His television résumé is second to none, and we couldn’t be more excited to see all of the projects he’ll be developing in the coming years ahead.”

Schur, 43, served as a writer and producer on NBC’s The Office before co-creating its beloved successor Parks and Recreation. He then went on to executive produce Netflix’s Master of None and Fox’s Brooklyn Nine-Nine (which has now moved to NBC) and create The Good Place—the acclaimed show he oversees that is far more popular than you might think. That’s a murderer’s row of high-quality sitcoms, and Schur has proven that he has a reliable eye for lasting concepts.

“Mike Schur’s imprint on NBCUniversal can’t be overstated and, as of today, remains uninterrupted,” said Pearlena Igbokwe, president of Universal Television. “I could not be more happy or proud.”

“I’m thrilled to be staying at NBC/Universal TV, my home since 1998,” said Schur. “First, because my creative partnership with Pearlena, George, Paul, Tracey Pakosta and Lisa Katz has provided me with all the support and freedom and guidance a writer and showrunner could ever ask for. And second, because there’s a ton of stuff in my office, just like boxes of papers and decorative candles and junk, and it would be super annoying to have to move it all.”

The television industry is locked into a heated arms race for both content and content producers. The more formidable creators a studio can roster, the better chance it has at cutting through the clutter. This is the second strategic chess move Universal TV has made recently after snatching Fresh Off the Boat creator Nahnatchka Khan from 20th Century Fox with a significant overall deal. Together, they provide the studio with a solid nucleus of behind-the-scenes talent as it moves forward. 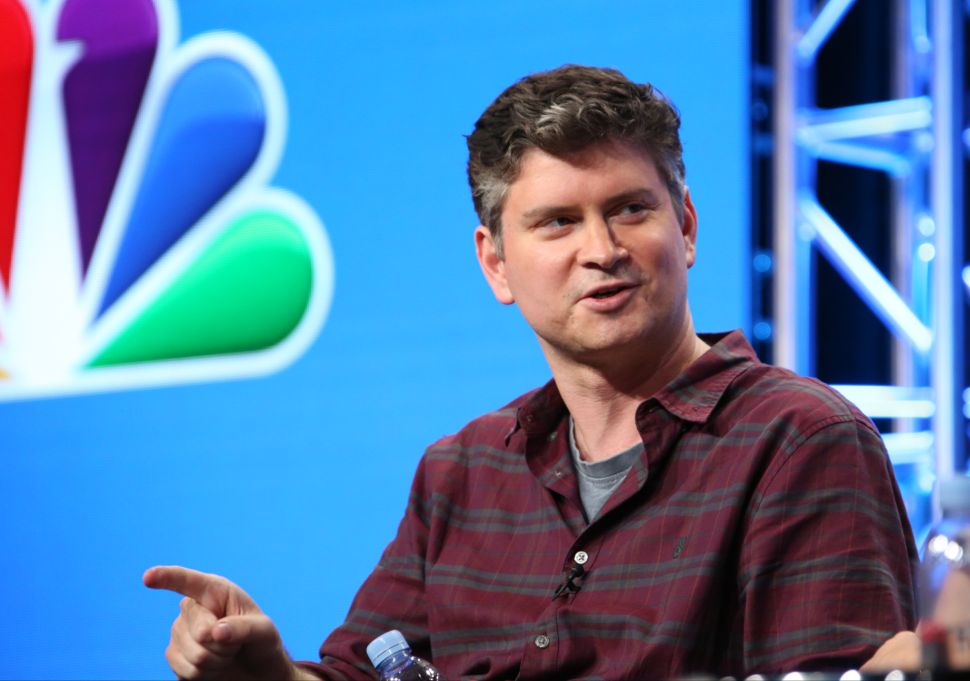