It doesn’t matter that not a single Adam Sandler–led Netflix movie has scored a fresh rating on Rotten Tomatoes, or that his first feature for it, The Ridiculous 6, boasts an impressive zero percent. Subscribers are still gobbling up his content with the gusto of Happy Gilmore on the putting green, and the aforementioned zero percenter quickly became the streamer’s most-watched film within a month of its release.

Sandler, meanwhile, is getting paid upwards of $250 million to crank these bad boys out (he’s currently on his second four-picture deal with Netflix). Ultimately, everyone wins including the more persnickety subscribers—without his critically maligned movies, we may never have gotten the wonderful comedy special 100% Fresh.

Now it’s time for another Sandler original. Sources tell Observer that Murder Mystery, his upcoming feature co-starring Jennifer Aniston, will hit the streamer in June. Netflix cannot confirm this date at the moment, so take it as a rumor for now, but color us very intrigued.

Murder Mystery follows a New York police officer (Sandler) and his wife (Aniston) as they head out on a European getaway to reinvigorate the spark in their marriage. However, things go awry when they end up getting framed for the murder of an elderly billionaire and must go on the run to prove their innocence. That sounds about right for a star who’s gone on record saying he picks his movie projects based on where he wants to go on vacation. You can’t knock the hustle there.

Aniston herself is forming quite the relationship with Netflix, and streaming in general. This will be her second film with the streaming service after last year’s Dumplin’, and she’s also teamed with the competition at Apple, where she’s starring in and producing a splashy morning-show drama with Reese Witherspoon. 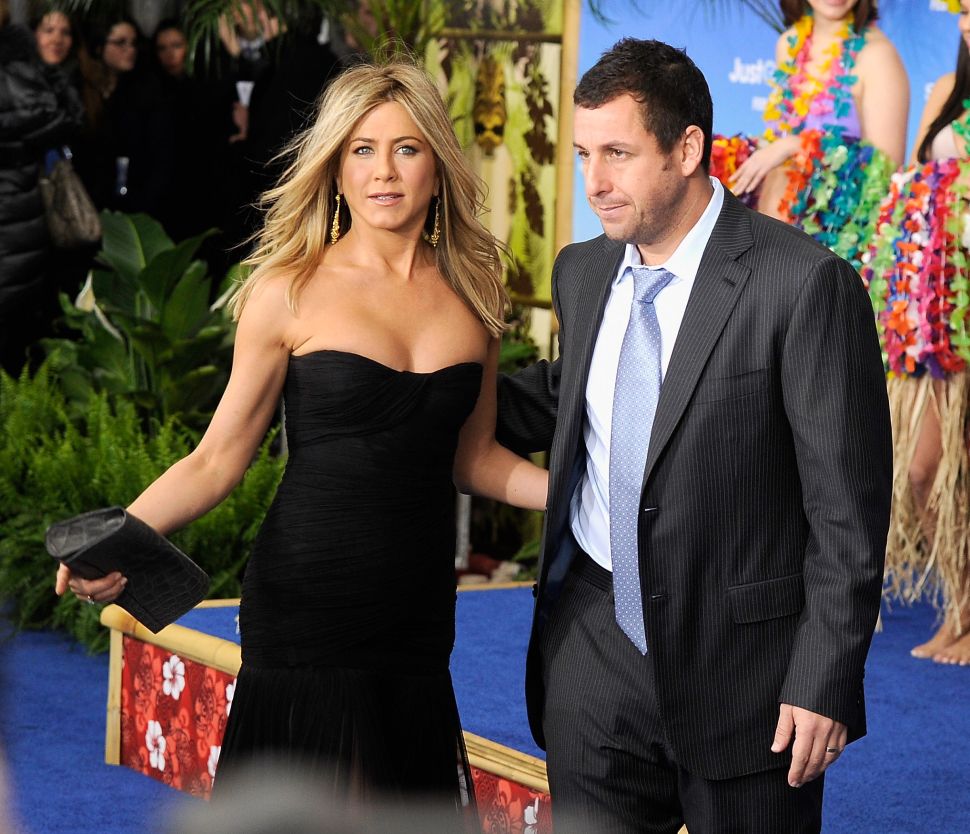