With a record-setting 500-plus scripted series expected to air in 2019, television has been thrust into a heated arms race for content creators that has led to an explosion in showrunner salaries. This trend has largely been driven by the aggressive spending of Netflix, which has signed high-profile über-producers such as Ryan Murphy and Shonda Rhimes to nine-figure deals. But that’s just the beginning. The streaming service has also recruited indie darlings Mark and Jay Duplass, Orange Is the New Black and GLOW creator Jenji Kohan, Stranger Things executive producer Shawn Levy, Black-ish creator Kenya Barris and countless other splashy names in the industry.

Now, we can add one more to the growing list: Brad Falchuk. The American Horror Story co-creator is leaving 20th Century Fox to reunite with Murphy on a four-year deal, according to TheWrap. Though exact terms have not been made public, the outlet reports that it is worth “somewhere in the eight-figure range.” As Disney assumes control of Fox, a handful of prominent showrunners and producers might be rethinking their futures and opting for free agency (hey, it’s a lucrative time to be in television). Falchuk is the first producer to jump ship, though the studio has been voracious in signing new talent—including Drew Goddard, I. Marlene King, Jake Kasdan and Melvin Mar—since coming under Disney’s ownership.

In addition to the long-running AHS, which remains one of FX’s most popular series, Falchuk serves as executive producer on the FX shows Pose and American Crime Story as well as Fox’s 9-1-1. His political satire The Politician, starring Ben Platt and Zoey Deutch, will premiere on Netflix in September. At the streamer, he’ll “develop and produce new projects through his Brad Falchuk Teley-Vision banner.”

This ongoing churn in the TV industry is expected to restructure the small-screen hierarchy. Here’s hoping that the biggest names don’t all end up landing at the deep-pocketed Netflix, though that doesn’t seem to be the case just yet. 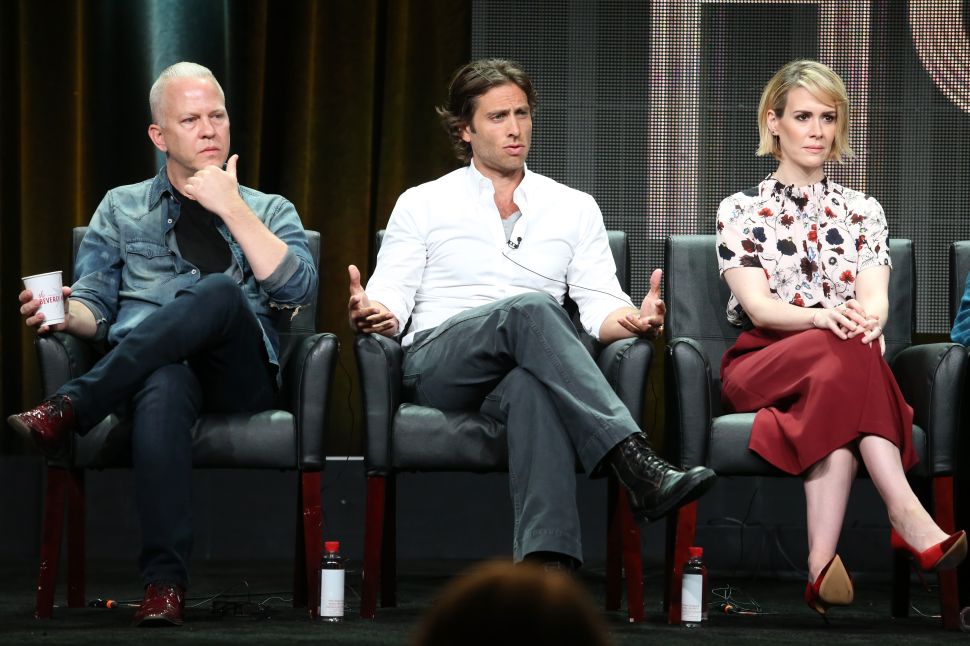