To kick off the new year, we took a look at which streaming platforms might emerge as Netflix’s biggest threat in 2019. Disney+ is set to line its library with high profile franchise titles such as Star Wars and Marvel. Amazon continues to increase production on originals, including a slew of new films and blockbuster home run TV swings. WarnerMedia and Comcast are developing direct-to-consumer services of their own, and everyone is waiting patiently for Apple’s mysterious streaming service (likely coming soon). But Netflix CEO Reed Hastings doesn’t sound overly concerned with the mounting competition.

Speaking at the company’s Hollywood facility as part of a two-day event to showcase its technology and content strategy, Hastings pointed to Netflix’s $1.4 billion monthly expenditure on content ($16.8 billion annually) as a major separating factor.

“How do we stand up to companies with deep pockets, not to mention Disney with its hugely popular archives? With difficulty. We’ve always had massive competitors and you do your best job when you have great competitors,” Hastings said, per The Hollywood Reporter. While he noted that the likes of Disney+, Apple and other forthcoming streamers “will be great competitors,” he does not believe they will close the distance. No current streaming service boasts even half of Netflix’s annual content budget.

The CEO made it clear that the company will also not try to develop a symbiotic relationship with Apple via selling subscriptions through the tech giant’s new service. “Apple is a great company, but we’d prefer to have customers watch our content on our service… We chose not to integrate (into the Apple service),” he said, per the outlet. Some have speculated Netflix is limited in its ability to further innovate compared to Amazon, Apple and Google moving forward.

One content strategy Netflix appears to be embracing is a continued focus on interactive material similar to Black Mirror: Bandersnatch. The service announced You vs Wild, a new interactive adventure series set to debut in April. Elsewhere, Hastings is toying with the idea of mobile-only plans and flexible pay scales to help spur overseas growth. The streamer also has an ambitious film strategy that will include 90 movies per year and $200 million blockbusters to go along with its growing library of TV offerings.

The streamer has often frustrated interested parties with its tight grip on viewership data, and since the service does not rely on advertiser-generated revenue, Hastings says “it doesn’t matter to anyone” and that he doesn’t think “it matters to consumers.” However, he did concede that, “over time, we’ll probably share more than less.” 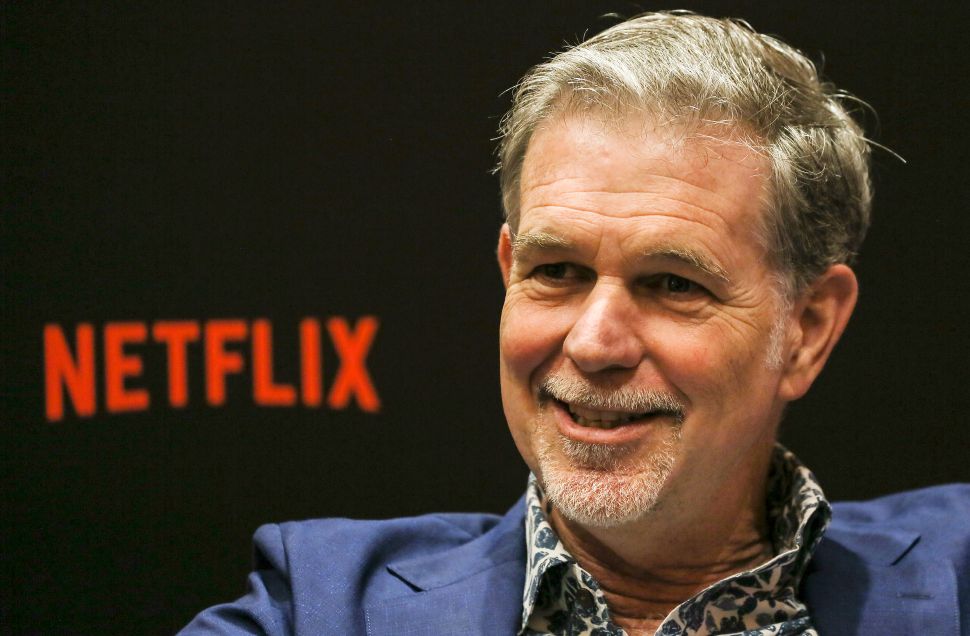