Legendary Hall of Fame director Steven Spielberg doesn’t believe Netflix movies should be eligible for Academy Awards. The first filmmaker to boast a total box-office gross of more than $10 billion may or may not be actively plotting against the streaming service when it comes to its ability to compete for Oscars. Some in the industry agree with him, some do not. Either way, the situation has morphed into a strange rivalry with the sheen of two warring Mafia factions. As such, a peace summit was in order.

Earlier this week, Spielberg met with Netflix chief content officer Ted Sarandos at a private club in West Hollywood, according to The Hollywood Reporter. It is not known what the two discussed, but come on, you don’t bring two opposing generals together to talk about the weather.

Spielberg, a member of the Motion Picture Academy’s board of governors, has long said that only films with exclusive theatrical releases should be eligible for Oscars consideration. The filmmaker even went so far as to label Netflix a “clear and present danger to filmgoers” last year. He thinks the streamer’s movies should be competing for Emmys instead of Academy Awards.

Whispers have suggested that Spielberg is prepared to ask the board of governors to reform its eligibility criteria, which currently only requires a film to play in one theater in Los Angeles for one week while also being allowed to simulcast on Netflix, per the outlet. However, that rumor was shot down by longtime collaborator Jeffrey Katzenberg at SXSW last week, who said the director has “not opined at all” about instigating a rule change.

Netflix’s release strategy has not prevented it from recruiting top-tier filmmakers such as Martin Scorsese, Paul Greengrass and Steven Soderbergh to direct projects for the service. Still, in an effort to further court the theater-first crowd, the streamer is reportedly considering wide releases for some of its upcoming prestige pictures this year. 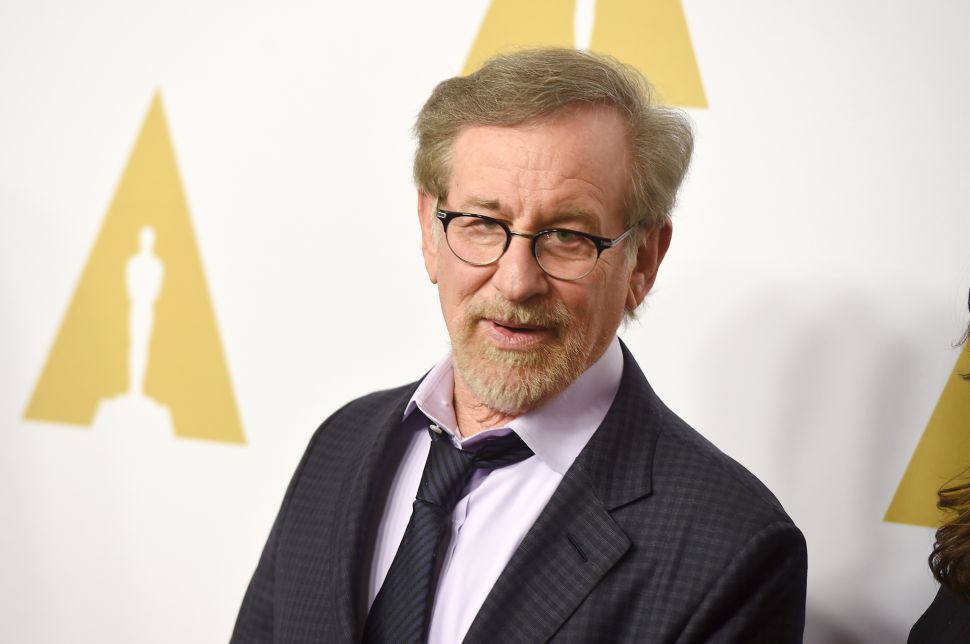