On March 19, the Academy of Motion Pictures Arts and Sciences (AMPAS) will hold its first governors meeting following this year’s Oscars. Expected to take center stage at the summit is a Steven Spielberg–backed effort to adjust the Best Picture criteria in order to make it more difficult for streaming services such as Netflix to compete for those coveted gold statues. Roma and its quest for Best Picture has become something of a microcosm for the battle between traditional theatrical releases and an at-home, direct-to-consumer connection.

One filmmaker with a strong perspective on the debate is J.C. Chandor, the director behind Netflix’s latest big-budget and star-studded movie Triple Frontier. While he agrees with Spielberg that the theatrical experience must be kept alive, he’s also not willing to fight against the rising tide of the future. In a recent interview with Uproxx, Chandor explained why he thinks streaming shouldn’t be viewed as the enemy.

“One thing that’s sad, I think, that what is missing, a little bit, is when a new technology comes along… When sound came along, even though movies went from being action movies and awesome, basically, to talkies that you don’t even look at anymore because you had to sit there in a sound stage and you couldn’t move. Suddenly movies went from an action form to, essentially, a radio play in film. The answer to solve that problem was not going back to silent movies. The answer was, how do we get these cameras smaller? The answer was the future, not the past. Sadly, because [Spielberg is] still able to get his movies, for the most part, made, we are kind of looking backward. But the answer is not back. When most of America has a movie screen in their living room!”

Chandor says he’s been peppered with Spielberg questions since the veteran filmmaker’s anti-Netflix comments surfaced right as Chandor was starting the press tour for Triple Frontier. As such, he’s had a lot of time to mull over the issues.

“I love original storytelling,” he said. “My whole career has been based off movies that I’d want to go see, simple as that. I like movies that, sort of, take you on a wild ride. But, also for the next couple days, you are thinking back on them and if you happen to see the thing again, the second time you watch it, you learn a whole new thing that you didn’t even notice the first time.”

Discussing Triple Frontier, he added, “I feel like this one fits into that middle ground space that the theatrical business [has] essentially, almost, abandoned. I hope we work together to come up with new ideas. Within that, I’m just trying to keep my head above and tell interesting stories.” 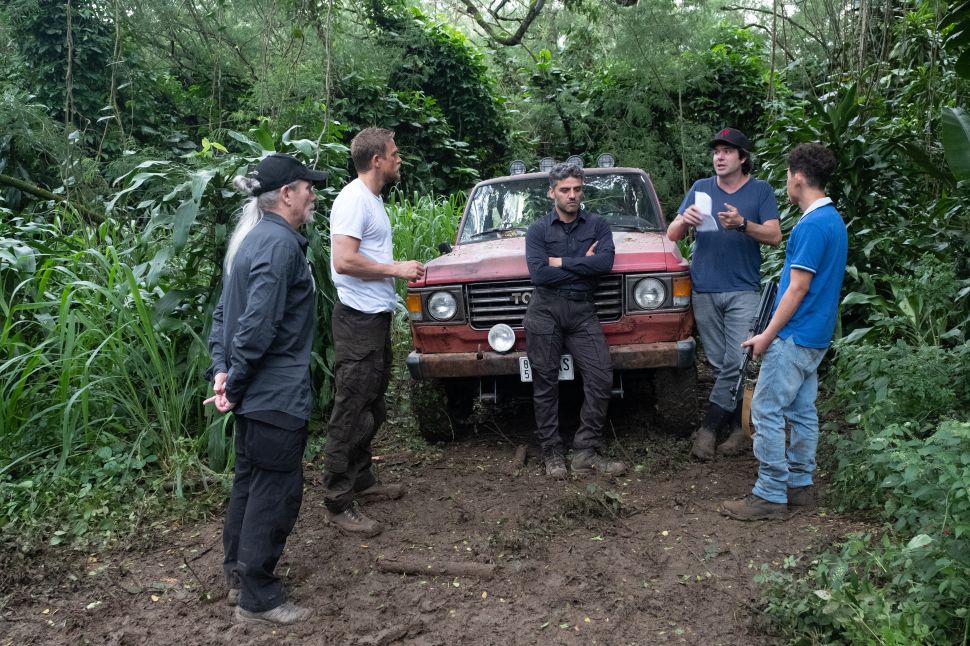