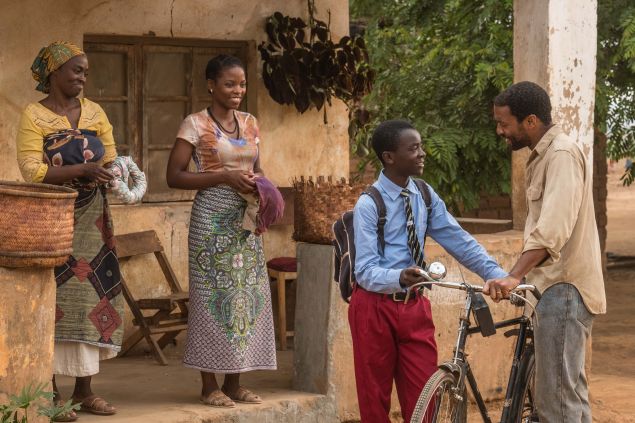 The Boy Who Harnessed the Wind. Netflix

“When do we stop losing?” a young mother, Agnes (Aïssa Maïga), asks her husband Trywell (Chiwetel Ejiofor), a subsistence farmer in Malawi in southeast Africa.

At that point in the film (which is based on a true story) the couple had been on quite a streak. After a heavy rain season that had laid waste to their crops, they had gone long over a month eating barely one meal a day (it didn’t help that their maize stores were also robbed). Meanwhile, their daughter (Lily Banda) abandoned them so she would be one less mouth to feed, and their son William (Maxwell Simba) had been forced to leave secondary school because they couldn’t afford to pay the fees.

Subscribe to Observer’s Entertainment Newsletter
Agnes and Trywell’s luck starts to change shortly after she posits the question on the porch of her tiny house, her infant son strapped to her body in a sling. That’s when the ingenious young William, who penned the book on which this is based, finally convinces his father to permit him to take apart the family bicycle and build an electricity-harnessing windmill in their backyard that will power a pump and allow them to grow in the dry season. By that time, the movie was almost over. Going by the traditional Hollywood standards with which we’re all way too familiar, the ratio of desperate situation to inspirational uplift is tilted precariously towards the negative.

But in the hands of Academy Award-nominated actor and first time writer-director Ejiofor, it works— beautifully and movingly. While it is challenging to see just how hopeless the situation becomes for the Kamkwamba family and their fellow villagers before things start to get better, the extra time gives Ejiofor the ability to fully explore the richness and complexity of life in rural Malawi, from tribal rituals to family meals. The 12 Years a Slave star, who prepared for the film by spending a decade getting to know the Malawi people and learning their language, is wise and engaged enough to not make this simply a portrait of victimhood, but a deeply informed and fully expressed portrait of a culture most of us (including this critic) knew little about.

Ejiofor is aided in his efforts by the remarkable cinematography of Dick Pope, the longtime Mike Leigh DP and a frequent Richard Linklater collaborator. The film takes a full, embracing use of light that not only takes advantage of the location but also enables the actors to express so much while seeming to do so little. This approach works equally well whether the camera is trained on a first-timer—note the wonder with which young actor Maxwell Simba encounters the lamp on his teacher’s bike that lights up when the pedals turn—or a screen veteran like Ejiofor. Directing himself, the actor gives such a deft master class in conveying the psychological and physical effects of hunger that you don’t realize he was doing it until you think about it hours later.

Ejiofor’s grasp of storytelling is equally skillful. This film could have easily been a dramatization of William Kamkwamba’s well-shared Ted talk, and become the kind of spoonful of sugar, Disney-fied tale of uplift that would be easily recognizable and marketable. But he tells a much richer tale, one that brings large-scale issues that we tend to discuss theoretically—deforestation, colonialism, climate change—down to a granular, intimate scale.

In this mix of cinematic and familial, the film echoes another Netflix release, Roma. Like Alfonso Cuarón’s three-time Oscar winner, this is a movie that is most certainly a more rewarding experience on a big screen, where one can be fully immersed in Malawian village life. (In addition to being available to stream on Netflix, the film, which premiered at Sundance, is getting a limited theatrical release.) However it one views it, the power of the story that The Boy Who Harnessed The Wind tells is as undeniable as its eye-opening portrait of this singular African culture. 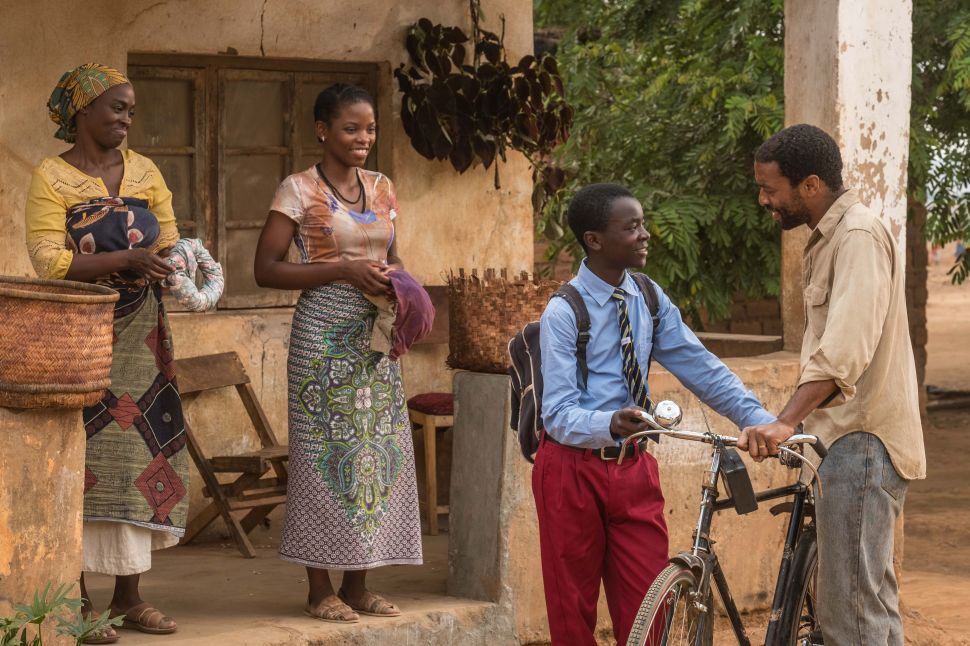