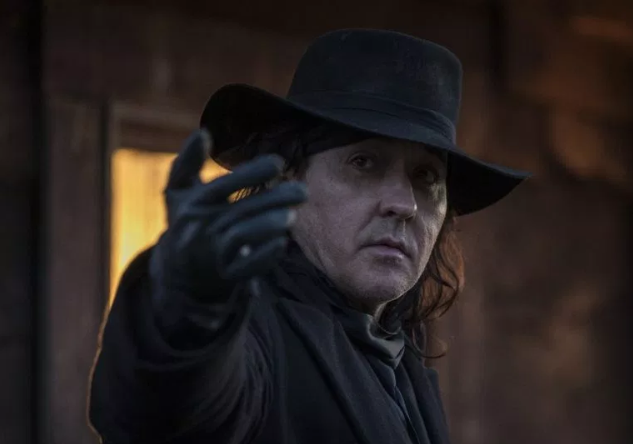 Gruesome and brutally unsettling, Never Grow Old is an extraordinary western made with uncompromising brute force and filled with a slow-burn morality that never babysits the kind of superficial innocence that often leads to a happy Hollywood ending. It’s too monstrous and mean-spirited to please everyone unconditionally, but I found it challenging and honest—and hair-raising enough to work as a modern morality tale in cowboy boots.

Set in 1849 in a primitive town on the California Trail called Garlow, it tells the tale of how difficult it is for decent people to find peace and justice in the midst of wholesale crime and corruption. A once-peaceful frontier village is suddenly invaded by a mendacious outlaw gang run by a vicious killer named Dutch Albert, a marvelous monster played with terrifying understatement by John Cusack.

As a festering animosity builds between the revered town pastor and the weak town sheriff, who have already joined forces to clean up the town by banning alcohol, gambling and prostitution—and their new enemies, the cutthroats who reopen the saloon and populate the streets with whores and gunslingers—even the most god-fearing, law-abiding, churchgoing citizens are forced to carry guns for self-protection.

As the dead bodies pile up, the increased business brings profitable earnings to Patrick Tate, the Irish undertaker (Emile Hirsch), as he buries the victims, and his disapproving French wife Audrey (Déborah François). Since he’s also the town carpenter, Patrick is strong-armed to build a gallows to hang an innocent girl tried for murdering a demented rapist after she is sold into the sex trade by her own mother. Tragedies multiply, Patrick at last confronts his own conscience and, without risking any spoilers, I will simply tell you—don’t hope for any rainbow endings.

Good acting is pervasive. Hirsch has been a believable, mature and convincing “player” since his first feature film, The Secret Lives of Altar Boys. He’s every bit as good with a beard as he was as a kid actor, and he gets better with time. Speaking quietly and hardly moving a facial muscle, Cusack makes a creepy and unpredictable villain. Filmed in Connemara, Ireland, under the grungy, steady direction of writer-director Ivan Kavanagh, the plot unfolds almost gracefully, with scenes of maximum suspense that take your breath away.

Never Grow Old  is a harrowing depiction of how life really must have been before the Civil War—devoid of hope, charity and taste, when people were vulnerable, peace was nonexistent, and everyone lived up to the title of this movie. 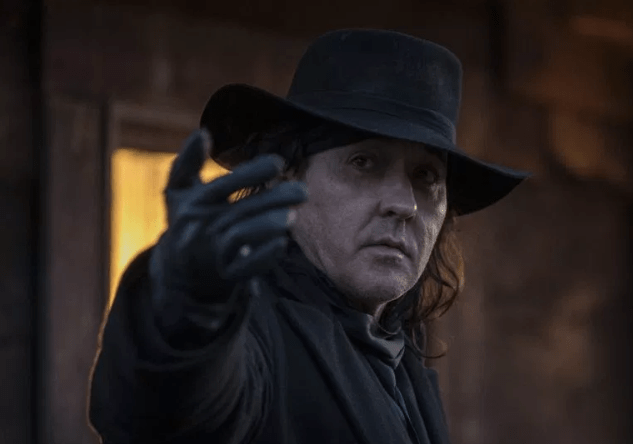