Al Alvarez says he has become a “pariah” since a former campaign volunteer for Gov. Phil Murphy accused him of raping her, and he plans to take action.

Alvarez, who resigned his $170,000-per-year patronage post at the state Schools Development Authority once Katie Brennan went to the Wall Street Journal with her accusations, told NJ.com he was “maligned in the press” and “forced out of a job” once the scandal became public and would now “pursue justice” for himself.

Alvarez said Brennan, who now also holds a patronage post in Gov. Phil Murphy’s administration, is just one of the targets of possible legal action, according to the report.

Brennan claims Alvarez, who worked as the Murphy campaign’s head of Muslim and Latino outreach, sexually assaulted her after he drove her home following a party for campaign staff. Alvarez maintains any sexual contact was consensual. He told NJ.com there were serious discrepancies in Brennan’s telling of what happened. He was not criminally charged in the case after the Hudson and Middlesex County prosecutors offices both investigated but did not present the case to grand juries. A Brennan friend told NJ.com that Brennan told the truth.

Brennan has filed suit against Alvarez, the state and the Murphy campaign.

Alvarez told a state legislative committee investigating how he received the state job after Brennan made accusations against him that he does not know who hired him for the post.

Quote of the Day: “I’ve become a pariah in the public and that makes it difficult to find a job,” — Al Alvarez, accused of rape by a former campaign volunteer for Gov. Phil Murphy, on the toll the scandal has taken on his life.

Cory Booker Reconsiders His Filibuster Stance
In an interview on popular left-wing politics podcast Pod Save America, Sen. Cory Booker agreed to leave the door open to the possibility of abolishing the Senate filibuster if he is elected president, an idea he previously rejected.
Crooked Media Read more

Group Pushing Desegregation May Head Back to Court
A coalition of organizations that sued New Jersey last year to desegregate public schools is prepared to go back to court to press for a solution, because of a lack of progress in settlement talks with state officials.
NJSpotlight Read more

NJ Legal Weed: What’s Next for Bill to Legalize Marijuana
Monday could be the day when the Legislature takes a historic vote to legalize marijuana for adult recreational use in New Jersey.
The Record Read more

Inside the New Jersey Foreclosure Crisis That Just Won’t Go Away
Madeline D’Alessandro was standing on the front porch of her home at 8:50 a.m. when the sheriff’s deputy arrived to evict her.
The Record Read more

SCI Probe Raises Questions About State Oversight of Hospitals
A trio of for-profit hospitals in Hudson County paid $157 million in consulting and management fees to a network of companies that essentially funneled much of the money to several of the hospitals’ principal owners, according to a new report from an independent fact-finding agency.
NJSpotlight Read more

NJ Could Give ‘Bill of Rights’ to Relatives of Developmentally Disabled
A pair of bills unanimously passed the Assembly Human Services Committee are intended to protect New Jersey residents with developmental disabilities and their families.
NJ101.5 Read more

‘Go Back to Your Fucking Country,’ NJ School Worker Rages Against Muslim
A public school worker was caught on video in an angry, racist street tirade.
NJ101.5 Read more 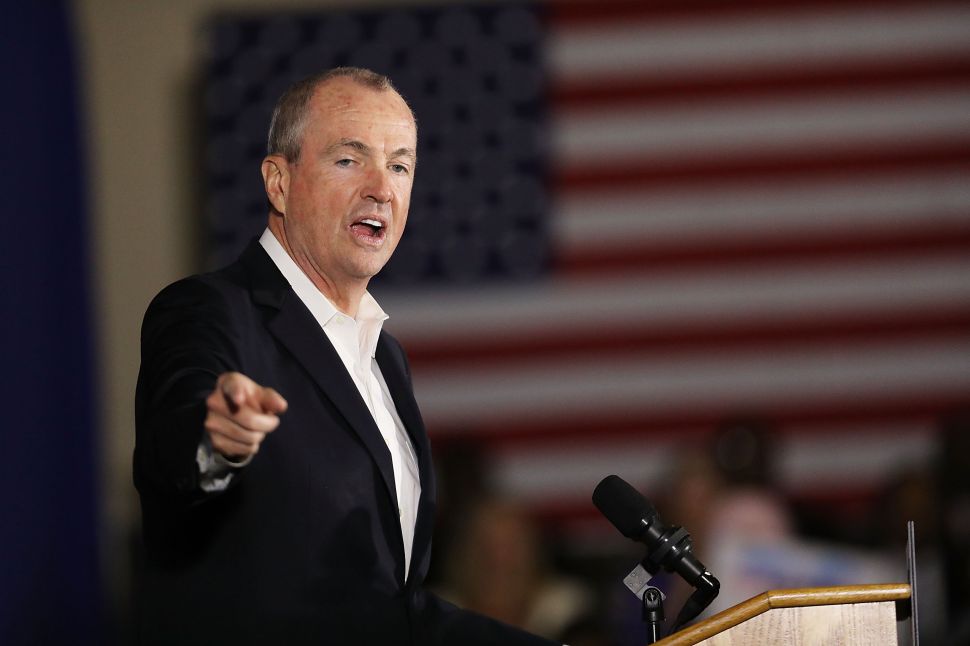