As a plan by New Jersey Democratic leaders to legalize the recreational use of marijuana is moving closer to reality, opponents of the idea want to put the question to you, the voters.

Two state lawmakers—a Republican and a Democrat—are putting together legislation for a state-wide referendum on whether weed should be sold and taxed legally in the state, according to a report by NJ.com.

They say their plan will will give opponents and supporters the opportunity to educate voters on what they are getting with marijuana legalization, according to the NJ.com report.

With the leaders of both houses of the legislature seeking to move ahead their own proposal, it’s unlikely representatives will be given a chance to vote on whether or not to offer a referendum. And Murphy, who supports legalizing recreational use of pot and placing a state tax on it, is opposed to putting the question to voters, a spokesman told NJ.com.

Quote of the Day: “Right now, they’re just hearing soundbites. Let’s allow the public to become educated before they make a determination of whether or not this is what they really want,” — Assemblywoman Holly Schepisi, on her proposal to stage a state-wide referendum on legalizing recreational marijuana use.

Top Trump Officials Meddled With IRS to Make Sure You Wouldn’t Get a Full Property Tax Break, Inspector General Says
When New Jersey and other states sought to set up charitable funds last year to get around the Republican tax law’s cap on deducting state and local taxes, the Internal Revenue Service decided to weigh in.
NJ.com Read more

Riders on Suspended NJ Transit Lines: When Are Our Trains Coming Back?
NJ Transit delivered welcome news this week to riders on two rail lines that have been out of service for months.
The Record Read more

Bridgegate: Re-Sentencing Set for Bridget Anne Kelly in GWB Lane-Closure Plot
A onetime aide to former New Jersey Gov. Chris Christie will be re-sentenced next month for her role in the George Washington Bridge lane-closing scandal.
The Record Read more

She Freed a Crying Bear Caught in a Trap Meant for ‘Momma Bear.’ Now, She’s Been Sentenced to Jail.
An animal rights activist who admitted to helping free a bear from a trap in Vernon has been sentenced to 15 days in jail.
NJ.com Read more

‘Runt of the Litter’: Why This Small NJ Borough’s Ten-Year Fight Against Verizon Matters
When Verizon Communications told Hopewell Borough that it no longer had to pay about $40,000 in a local New Jersey business tax because it didn’t meet the market share threshold, Mayor Paul Anzano didn’t believe it.
Inquirer Read more 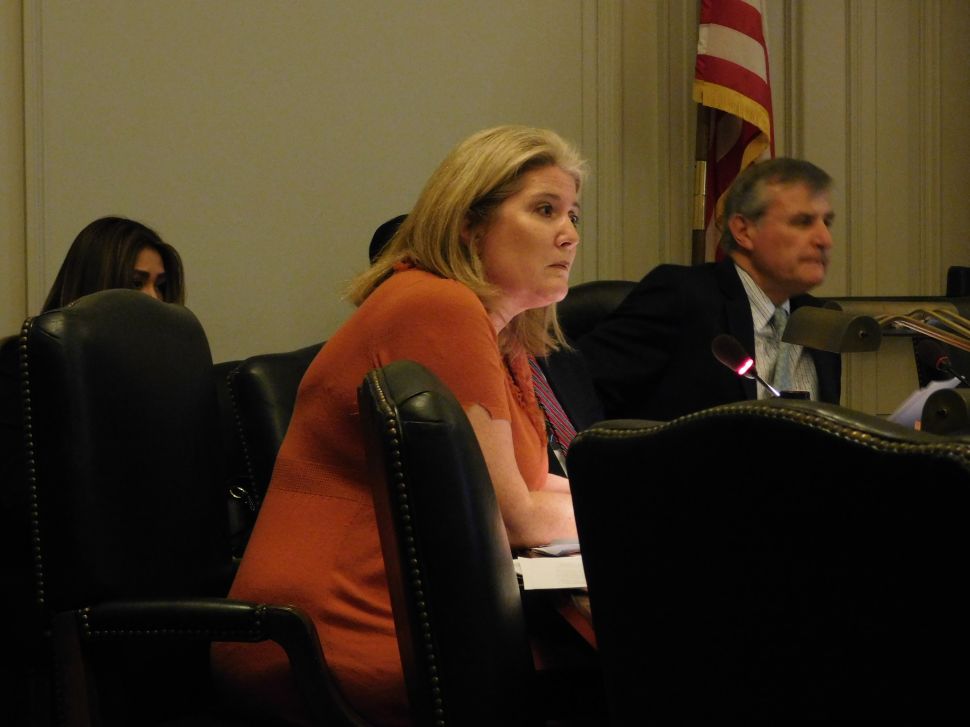