New Jersey is home to both the Democrat in the U.S. House of Representatives who voted the most for legislation supported by President Donald Trump, and to one of the Democrats who opposed him the most.

The Congressional Quarterly’s annual vote ratings show Rep. John Gottheimer, who hails from a district that last elected a Republican, supported the president 76.7 percent of the time, according to a story by NJ.com. Meanwhile, Rep. Bonnie Watson Coleman voted against Trump 93.3 percent of the time, placing her second among those in her party opposing the president. The dichotomy shows the differences between the moderate and progressive wings of both the state and national Democratic party, according to experts quoted by NJ.com.

Gottheimer’s district is one of only two in New Jersey that’s gone for the Republican candidate in each of the last five presidential elections. He is a leader of the Problem Solvers Caucus, a bipartisan group of lawmakers.

Watson Coleman, meanwhile, told NJ.com she was disappointed she came in second in her opposition to Trump’s efforts. Minnesota Rep. Keith Ellison voted against Trump the most.

In the Senate, New Jersey’s Cory Booker led the opposition, voting against the president 82.4 percent of the time.

Rep. Chris Smith, the sole Republican representing New Jersey in the House of Representatives, was among the top 10 GOP lawmakers who supported Democratic efforts, casting ballots opposed by a majority of his party 15.9 percent of the time, according to the report.

Quote of the Day: “If he relies on taxes and doesn’t fix the spending, you can bet there’s going to be one hell of a fight,” — State President Steve Sweeney, anticipating a call by Gov. Phil Murphy to raise taxes when he makes his budget address Tuesday.

NJ Sanctuary Cities Still Getting Grants Despite Trump Threats
About 18 months after the Trump administration threatened to withhold law enforcement grants from nearly 30 places around the country it felt weren’t doing enough to work with federal immigration agents, all but one have received or been cleared to get the money, the Justice Department said.
NJ101.5 Read more

NJ Is Falling Behind on Revenue
New Jersey may be on track to fall short of tax revenues, a potential loss that could force cuts to programs and services, higher interest rates and pressure on lawmakers to raise taxes.
The Record Read more

State Budget Is All the Talk on the Walk to Washington
The 82nd edition of the Walk to Washington, aka the Chamber Train, kicked off yesterday as insiders—politicians, business people, lobbyists and activists—took a packed train to the capital, organized by the NJ Chamber of Commerce.
NJSpotlight Read more

Governor: My 2020 Budget Will Continue Investments in Education, NJ Transit, Ensure Tax Fairness
Over the past year, I’ve been unapologetic about advocating for New Jersey—for our people, our workforce, our location, and our potential. All over our state, across the country, and around the world, I have proudly told New Jersey’s story.
NJ.com Read more

AR-15 Semi-Automatic Rifle Among Prizes in Bergenfield Police Union Raffle
Plunk down $10 on a raffle ticket from the Bergenfield PBA and you could wind up the proud owner of an AR-15 semi-automatic rifle or a Kel-Tec 12-gauge shotgun.
The Record Read more

Driving While High on Weed? Most NJ Cops Aren’t Trained to Identify Impairment.
Justin Bealor weaved through the streets of Sea Isle shortly after midnight one July morning in 2002, an open 12-pack of beer in the backseat and the odor of burnt marijuana in the car. Police saw him cross the yellow lines in the road several times before he turned into oncoming traffic.
NJ.com Read more

Flood Walls the Answer to Jersey Shore Bayfront Flooding?
Storm surge barriers at Manasquan and Barnegat inlets could be viable options to limit back-bay flooding, according to a feasibility study issued Friday by the U.S. Army Corps of Engineers and the state Department of Environmental Protection.
Asbury Park Press Read more

NJ Rep. Says Trump Failed to Say the Right Thing on Warmbier
One of New Jersey’s freshman representatives has stepped into the national spotlight, over President Donald Trump’s recent comments that stirred new controversy over who is to blame for the 2017 death of 22-year-old American Otto Warmbier.
NJ101.5 Read more

Greenwood Lake Looks to Continue Catch-and-Kill Program to Eliminate Canada Geese
A controversial cull of more than 200 geese on Greenwood Lake in 2018 has the lake’s state-backed commission carefully considering its plans for this year.
Daily Record Read more 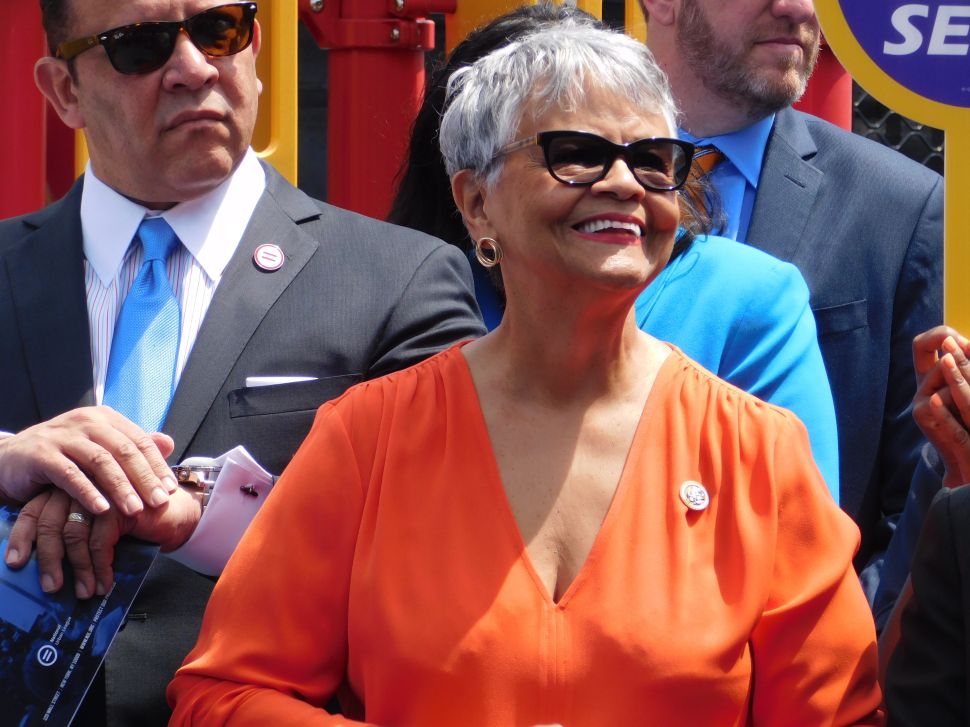