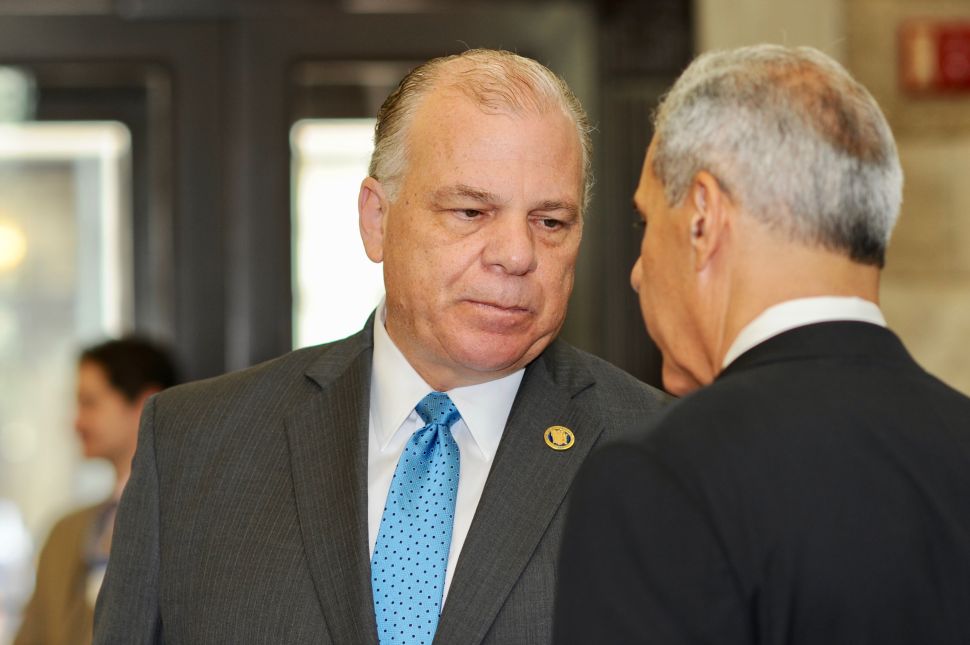 When he introduced his budget proposal for the coming year, Gov. Phil Murphy said he knew changes would be made. Now, the state’s second-most-powerful Democrat is weighing in on what those changes may look like.

Senate President Steve Sweeney, who clashed with Murphy over the budget last year, said it was necessary that the Murphy plan do more to reduce the cost of public worker pensions and benefits in order to help the state avoid fiscal calamity, according to a report by NJSpotlight.

Sweeney is also sticking by his call for the spending plan to avoid an expansion of the state millionaire’s tax, which Sweeney warns will drive high wage earners from New Jersey and increase the tax burden on the middle class, according to the report.

Murphy made sure to extend an olive branch—or at least an opening toward compromise—in his budget plan. At this point, Sweeney has also expressed his desire to avoid a government shutdown, which would occur if the state leaders can’t reach a budget deal by July 1. Last year, conflict between Murphy and Democratic legislative leaders pushed the state to the brink of a shutdown.

It remains to be seen if the conciliatory words will translate into agreement. Sweeney is also calling on Murphy to increase aid to New Jersey Transit, and opposes providing new funding for Murphy’s efforts to provide free community college to low-income residents.

Quote of the Day: “What happens is, when you get savings, there’s always a pressing need, there’s always a project that someone wanted to do. ‘Guess what? (Revenue) just fell out of the sky, now I can build my playground.’ — State Senate President Steve Sweeney, on the need for fiscal discipline in municipalities in which costs decrease.

Alvarez Seeks Court Order for Release of Middlesex Prosecutor Records
Al Alvarez is seeking a court order to force the Middlesex County Prosecutor’s office to provide him with the full file of their investigation into allegations that he sexually assaulted Katie Brennan.
New Jersey Globe Read more

Kelly: Why Can’t Gov. Murphy Make the Trains Run on Time?
To be one of the tens of thousands of New Jersey residents who commute by train to New York City is to live a life of doubt.
The Record Read more

Murphy Unlikely to Get The Tax Hikes He Wants
When last year’s bruising budget battle finally came to a close and a government shutdown was narrowly avoided, Gov. Phil Murphy was overheard telling Senate President Steve Sweeney, “You got me good this year. That won’t happen next year.”
NJ101.5 Read more

Judges Say Turnpike Authority Must Prove E-ZPass Violation Fine Hike Justified
The New Jersey Turnpike Authority will have to provide evidence to show why it raised its E-ZPass violation fee from $25 to $50, under a ruling by a state appeals court Friday.
The Record Read more

What Iowa Democrats Think of Booker and the other 2020 Presidential Candidates
The leader in the latest poll of likely Democratic caucus goers isn’t running yet.
NJ.com Read more

NJ Was Supposed to Have Paper-Based Voting Machines More Than a Decade Ago. Will It Happen by 2020?
New Jersey was once poised to become a national leader in election and voting security. Instead, it now lags behind most states—including Pennsylvania and Delaware—by relying on aging, paperless machines that experts say are vulnerable to attack and can’t be properly audited.
Inquirer Read more