The potential for a deal between President Donald Trump and Kim Jong-un in Hanoi, Vietnam seemed like a real possibility early in the week, but the chance for peace fell apart over whether North Korea should fully or partially denuclearize, and whether sanctions should be partially or fully lifted. “I’d rather do it right than do it fast,” Trump noted.

“No deal better than a bad deal, and Potus right to walk,” tweeted Richard N. Haass, a national security expert. “But this should not have happened. Busted summit is risk you run when too much faith placed in personal relations w leader like Kim, when summit inadequately prepared, and when president signaled he was confident of success.”


But Trump also won grudging respect from a Democratic foe. “President Trump did the right thing by walking away and not cutting a poor deal for the sake of a photo op,” Senate Minority Leader Chuck Schumer, one of Trump’s chief critics, said Thursday on the chamber floor.”

And Bernie Sanders couldn’t cheer loud enough for Trump’s decision to meet with the Communist leader from the totalitarian state, making it clear what he’d do if in office.

How Will the American People React?

In 2018, a majority of Americans approved of trying to negotiate with North Korea, in a pair of polls. But those summits did not help Trump’s overall approval ratings. Do peace negotiations and even treaties tend to boost U.S. presidents, or are Americans more leery of talking with foes?

To determine this, I looked at 20 peace summits and deals negotiated by U.S. presidents from Jimmy Carter to Donald Trump. I looked at presidential approval ratings from surveys at Gallup Polling’s Presidential Job Approval Center, three polls before and three after the peace attempts. And here’s what I learned. 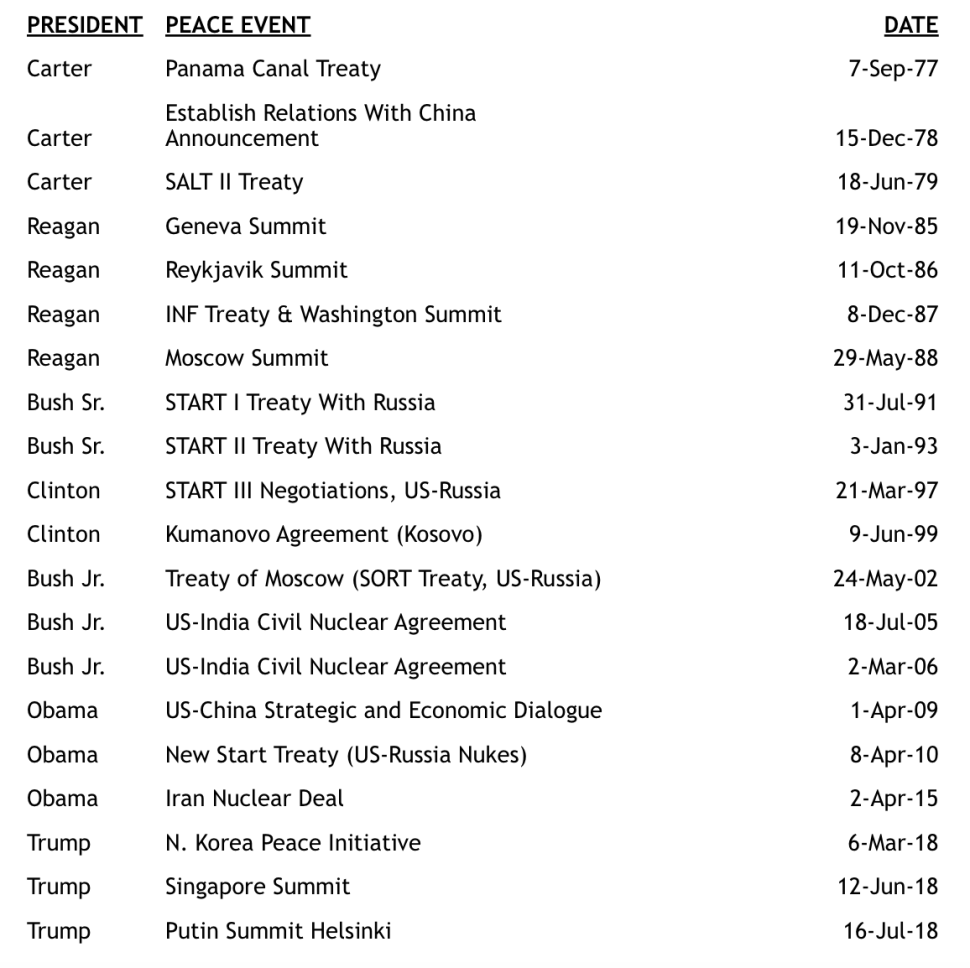 Think Americans prefer the policy of peace in most cases? Think again. Of the 20 cases analyzed, only six netted a boost in approval ratings for the president. In nine cases, the president’s standing declined, while remaining unchanged in the other five situations. When adding up all the gains and losses, it’s a net of -1 percentage point. 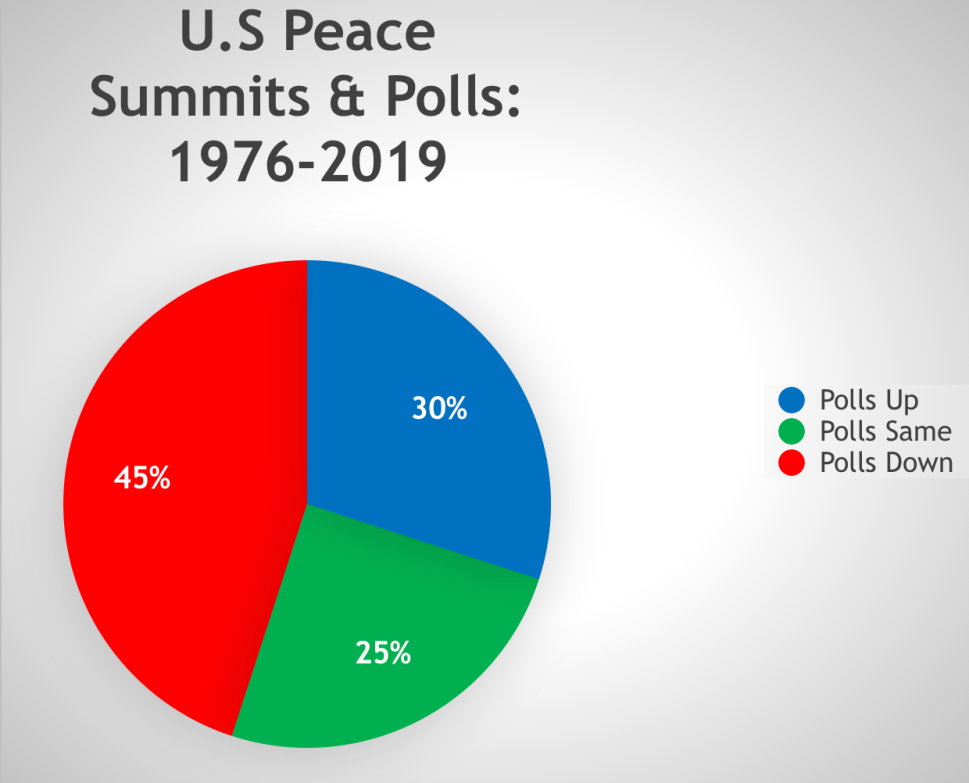 Who Struggled, and Who Succeeded?

The biggest declines in approval ratings came during the Jimmy Carter administration, when the public disliked his U.S.-Panama Canal Treaty, the Senate rejected SALT II with the Soviets, and ties to the People’s Republic of China failed to score with the people of America’s republic. Ronald Reagan’s record was mixed. He usually got tepid marks from surveys for his summits; after Reykjavik, his numbers plunged after the no deal, but that was more due to the Iran-Contra Scandal.

Generally, George H. W. Bush and Bill Clinton received the best reception for making deals with others, thanks to good feelings about START treaties with the Soviets and the end of the Cold War. It was not the same for George W. Bush, whose arrangements with Russia and India got a thumbs down in Gallup Surveys. For Barack Obama and Donald Trump, the scores were modest for making deals with other countries, from Iran and China to North Korea and Putin’s Russia.

Most likely, Trump should break even by walking away, not unlike Reagan’s initial summits with Soviet leader Mikhail Gorbachev. Had he made a deal and pushed for U.S. troops to withdraw from South Korea, or the dismantling and relocation of early warning systems to Oregon or Alaska, the public would have likely reacted the way they did to Carter’s unpopular accords.  But if Trump can get partial denuclearization for a partial lifting of sanctions, and maybe an official end to the Korean War next time, he just might boost his standing a bit with the American people. 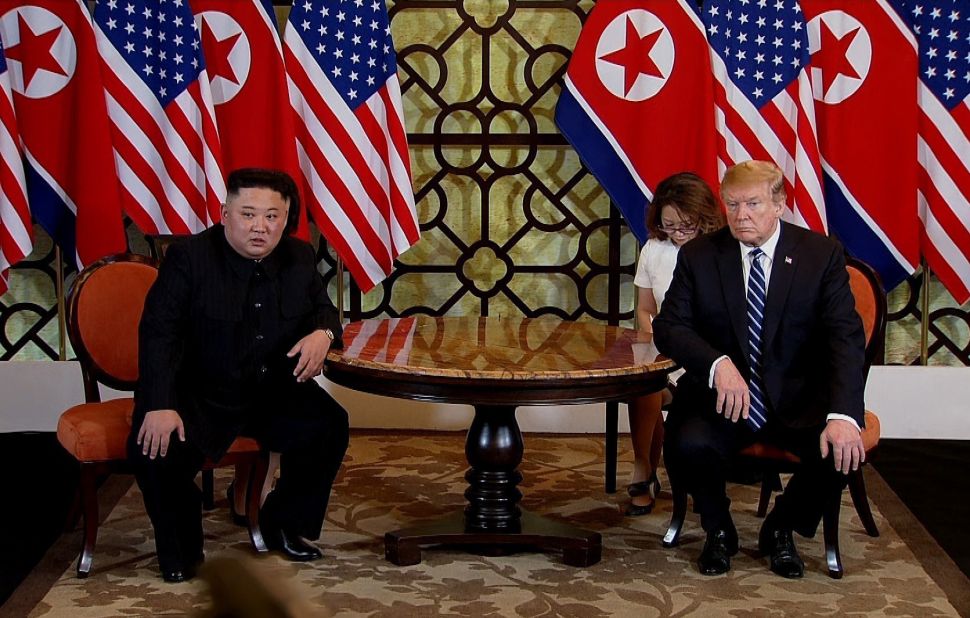