By now, Australia’s firearms laws are well-known to the world—the story of how, in 1996, the country enacted restrictive gun ownership measures has been repeatedly resurfaced in the media in the wake of every recent mass-shooting. It was one such event, the Port Arthur massacre, that spurred Australia into action. “What is it going to take for us to do the same?” has been the question on the lips and pens of many U.S. citizens, as we take stock of the number of mass shootings this country has seen in the past 12 months alone.

New Zealand now faces the same question, and it would appear the answer is that one tragedy is what it will take for the country to decide to revise its gun laws. Prime Minister Jacinda Ardern confirmed in a press conference following her weekly cabinet meeting on Monday that she would announce reforms to the country’s gun laws “within 10 days of this horrific act of terrorism,” which took place on March 15.

But an Australian politician has now cautioned that there are more lessons New Zealand might take from Australia’s experience passing stricter firearm ownership legislation. Speaking on ABC Radio’s PM broadcast, the former Australian Deputy Prime Minister Tim Fischer, who was instrumental in the country’s passing of the 1996 laws, noted that anyone who opposed New Zealand’s forthcoming legislation could be backed by the considerable support of the United States’ National Rifle Association (NRA)—as, he says, Australian opponents were in 1996.

“They were interfering and made representation at the time of the John Howard law reform… they will do so again in New Zealand, I predict,” Fischer told program host Linda Mottram referring to the NRA. When asked to clarify what form that interference took, Fisher said, “It’s been spelled out by others. I just will say that they were making sure that those opposing the gun laws reforms of John Howard, myself, Kim Beazley, and others were aware there was a strong alternative approach from the U.S.A. and, indeed, they—there is evidence they put some money into the campaign against gun law reform.”

The current Australian ambassador to the U.S., Joe Hockey, said the same in an interview early last year with Pacific Standard. Hockey was a member of the Australian parliament for the Liberal Party when Howard’s gun reforms passed. In response to the question, “Was the bulk of the opposition from your own party?,” Hockey said, “The right wing had previously lobbied fairly hard against changes to the gun laws. The National Rifle Association sent people and money to campaign in Australia,” clarifying that he was referring to the U.S. NRA.

Fisher issued a warning on PM: “New Zealand should be ready for interference and static from the NRA of the U.S.A, absolutely… Remember Oliver North was a globalist in many ways under Ronald Reagan, and he is now president of the National Rifle Association of the U.S.A.”

Though some might respond, as Mottram indeed did, with a hint of skepticism that the NRA would be concerning itself with “small New Zealand, so far away,” the NRA’s international reach has recently become more clear. A recent report by Bloomberg Businessweek titled “N.R.A. Goes Global in its Mission to Defend Guns” detailed the supposed “national” organization’s ties to Australia, Brazil and Russia.

At the time of the NRA’s involvement in Australia’s law reforms, Hockey pointed out that the association had little success. “It backfired. People saw it as American intervention in our elections. They haven’t tried it again.” That being said, it would be more difficult for any entity like the NRA to exert any power in Australian elections these days—the country now has a ban on any foreign political contributions.

New Zealand caps foreign political donations at $1,500. But as New Zealand member of parliament Nick Smith noted when proposing a ban on foreign donations in January of this year, it would not be difficult for someone to set up a trust or a company in New Zealand, making it, in reality, “very easy to funnel funds in a political party or campaign.”

The NRA’s lobbying arm, the Institute for Legislative Action, did not respond to a request for comment by the time of publication. 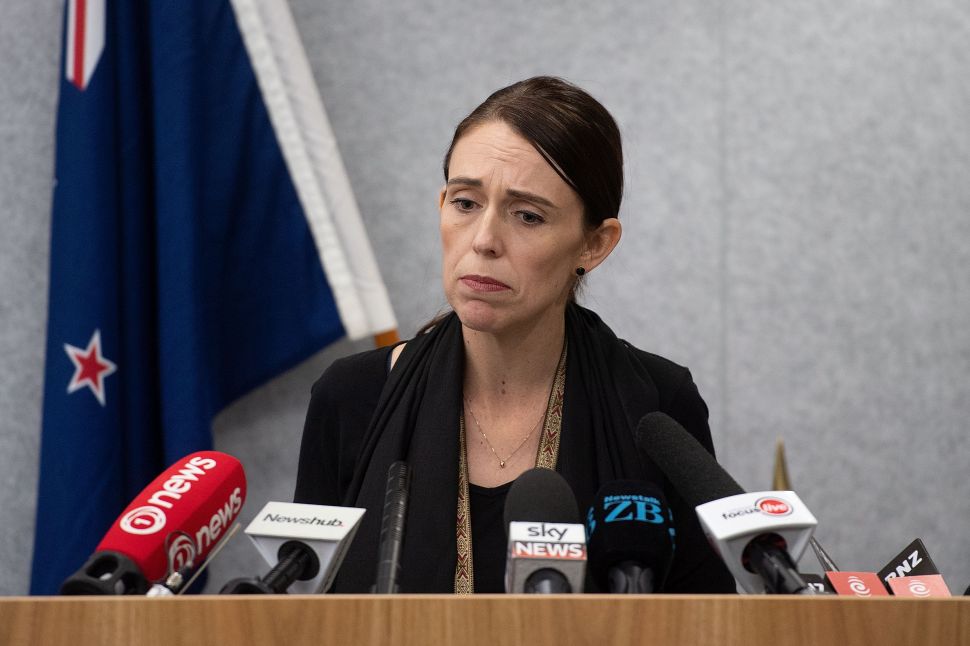