The sheer cavalcade of embarrassingly wealthy adults involved in the college admissions scandal is truly shocking (and sort of delightful) to behold, but just as fascinating as the accused perpetrators of the scheme is their offspring—the kids who were allegedly admitted to top-notch schools even though they didn’t deserve it.

One of these so-called scholars is Olivia Jade, the daughter of designer Mossimo Giannulli and actress Lori Loughlin (a.k.a. Aunt Becky from Full House), whose status as a YouTube vlogger and social media influencer has taken a significant hit since news of the comprehensive fraud first broke.

As a first-person YouTuber, Jade falls into a sweet spot that many covet: She’s young, pretty and endlessly marketable, cropping up in response videos by controversial vegans criticizing her diet to feature films like Eighth Grade. Like many public figures, Jade was drawing a pretty significant source of income from her collaborative endorsement deals with brands like Amazon, Sephora and TRESemmé, but the last two have since decided to drop her as a partner after the deluge of criticism following the cheating snafu (and bad product reviews).

Went to Sephora’s website to see if Olivia Jade’s palette was removed or discounted but found these comments dragging her instead: pic.twitter.com/10FmQaMY63

Jade’s products, in fact, seem to have been poorly conceived since their inception. According to documents from the United States Patent and Trademark Office, in 2018, Jade attempted to trademark both “Olivia Jade Beauty” and “Olivia Jade” in a clear attempt to start her own cosmetics brand, but the applications are currently in jeopardy due to a litany of errors in the phrasing describing them. Jade wants to sell her own cosmetics, but she has to be way more specific about which ones.

Every fledgling beauty influencer dreams about hitting it big with something like Rihanna’s Fenty Beauty line or Kylie Jenner’s Kylie Cosmetics, but any prospective business owner has to put in the linguistic legwork first. Jade apparently fumbled when it came to punctuation, too: “Applicant must correct the punctuation in the identification to clarify the individual items in the list of goods,” officials stated in documents obtained by People. “Proper punctuation in identifications is necessary to delineate explicitly each product or service within a list and to avoid ambiguity. Commas, semicolons and apostrophes are the only punctuation that should be used.”

Poor Olivia! You have to feel sorry for her. Was she just littering her application with smiley faces, superfluous em-dashes and an infinite number of exclamation points like every other Gen Z-er prone to rampant cutesiness and breathless hyperbole? And her emotions are running high these days. Jade “is still very upset at her parents,” an anonymous source told the Daily Mail. (However, it seems “a lot of Olivia’s friends” are instructing her “not to be mad at her parents since they were just trying to do the best they could for her.”)

Even if Olivia Jade Beauty falls through, its namesake always has the option of school. Sure, Giannulli and Loughlin have been charged with paying $500,000 in bribes in order to improve the odds of getting their daughters into USC, which they eventually did. But remarkably, Olivia and her sister Isabella have not left the university, despite conflicting reports claiming they’d dropped out.

“We have confirmed that both Olivia Giannulli and Isabella Giannulli still are enrolled. USC is conducting a case-by-case review for current students and graduates that may be connected to the scheme alleged by the government and will make informed decisions as those reviews are completed,” USC media representative Ron Mackovich told NBC News last week. Who says there are no second acts in American lives? 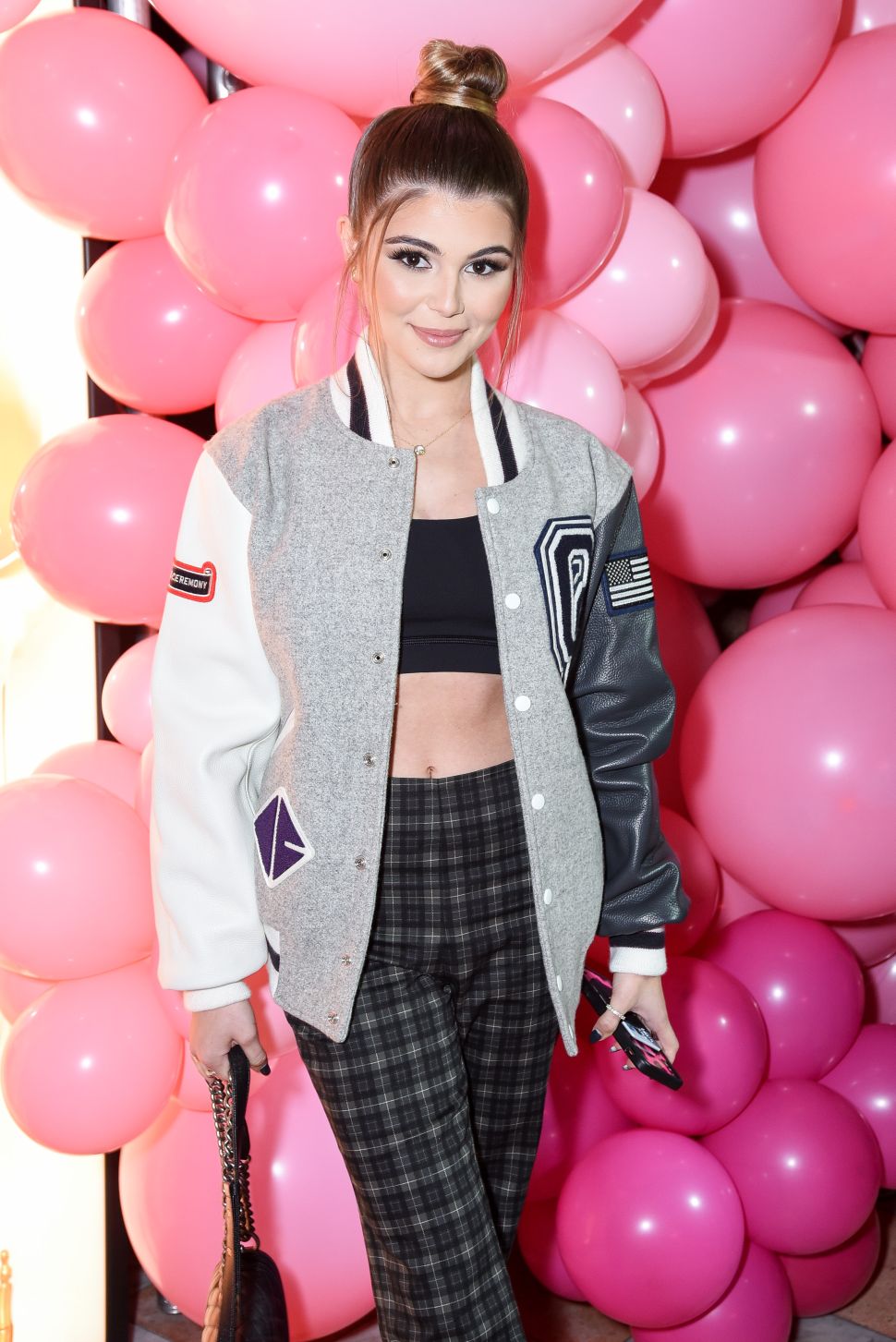