Back in the early aughts, when Paris Hilton was starring in the reality television treasure The Simple Life and hadn’t yet embarked on her important DJ career, the socialite resided in a Hollywood Hills home that truly epitomized the era, with many a sparkling chandelier, a stripper pole and also a giant portrait of herself.

The heiress sold the 3,064-square-foot Sunset Strip abode for $3.87 million in 2007, and included all of her furnishings and decor in the deal, because this is timeless style we’re talking about, people.

The buyers maintained most of Hilton’s decor, which had all been custom-designed in the “Hollywood Regency” style, and would often rent the four-bedroom, three-bathroom house out to fans eager to recreate Hilton’s early-2000s best life. “It’s all the same furniture—the stripper pole, the white furniture, the huge picture of her signed in the living room,” The Agency broker Rebekah Schwartz Sklar, who shared the listing with Mauricio Umansky, told Observer.

But all good things must come to an end, and the house appeared on the sales market in October 2018 with a $4.8 million price tag attached to it.

Now, the latest update: The sale just closed this month, and it seems the final sales price was $3.9 million—not much more than what Hilton sold the house for in 2007.

The home was once again purchased furnished, so there will still be Hilton-approved items like the mirrored table in the formal dining room, underneath the vaulted ceiling and dangling crystal light fixture. “You don’t buy this house not furnished,” Sklar explained. “She [the buyer] loved the campiness of it, and realized this would be a good rental for her in Los Angeles.” So yes, it turns out that Hilton’s erstwhile home will continue to be a coveted rental pad in the Hollywood Hills.

The den contains several silver disco balls, lucite chairs suspended from the ceiling and the aforementioned stripper pole. The living room has a fireplace and the giant Paris portrait on the wall, while the all-white kitchen is equipped with stainless steel appliances and a marble-topped breakfast island.

The most recent occupants did convert Hilton’s mirror-walled closet into a bedroom, though they kept the reflective surfaces everywhere—we wonder if this was the exact closet Kim Kardashian organized in her pre-Keeping Up With the Kardashians days.

“We had open houses, and we had so many people come up and say, ‘I went to some of the best parties I’ve ever gone to here,'” Sklar told Observer. “It’s just the ultimate party pad in Los Angeles. There’s the outdoor cabana and the fire pit, then the private jacuzzi and a rock waterfall—it’s a very sexy house.”

Hilton, on the other hand, decamped to Beverly Hills several years ago, where she now resides in a mansion that also pays tribute to all things Paris. She gave W magazine a tour of it back in 2017, and the home was filled with pillows and paintings dedicated to the socialite. It also has its very own dog mansion. 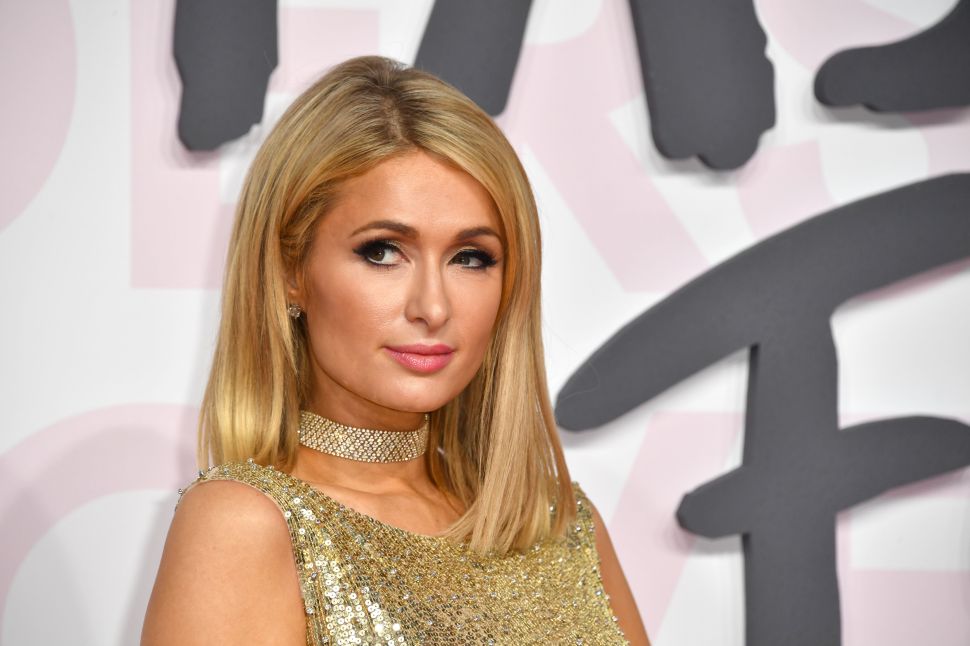