Congressman Paul Gosar (R-Ariz.) said the Trump administration “was following in the footsteps of Thomas Jefferson” by adding a citizenship question to the decennial Census—a move which critics, including the American Civil Liberties Union (ACLU), have denounced as an attempt to intimidate non-citizens from participating in the survey.

“This administration should be given credit for following Thomas Jefferson’s footsteps, should it not?” Gosar asked Wilbur Ross during the embattled commerce secretary’s congressional grilling on Thursday.

After acknowledging that he was “a great admirer” of Jefferson and noting that a citizenship question had been included on the Census “in one form or another” since the 1800s, Ross came under fire for the comparison by Congresswoman Stacey Plaskett (D-Virgin Islands).

“Mr. Ross, you’re aware also that Thomas Jefferson believed that slaves should be counted as three-fifths of a person for population basis,” said the Democratic representative. “So, I’m not sure if Thomas Jefferson should be the litmus test for what we should be doing for counting Census.”

Since the Census has not included a citizenship question since 1950, the Commerce Department’s announcement of one last March alarmed many Democratic lawmakers. While Ross claimed the Justice Department had asked him to include the question to protect minorities’ voting rights, House Oversight Committee Chairman Elijah Cummings (D-Md.) pointed to conversations the secretary had with President Donald Trump’s former strategist Steve Bannon in 2017.

“I do not know anyone who truly believes that the Trump administration is interested in enhancing the Voting Rights Act,” said Cummings. “This administration has done everything in its power to suppress the vote, not to help people exercise their right to vote.” 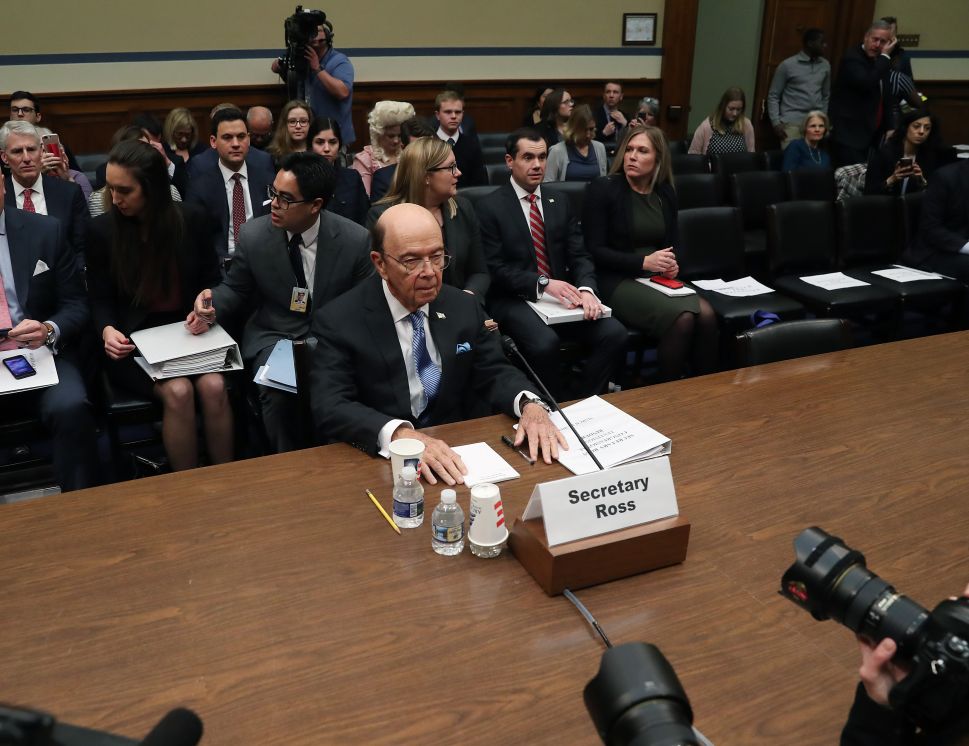