Fitness startup Peloton, known for its at-home exercise bikes and streaming workout videos, is being sued by 10 music publishing companies from the National Music Publishers’ Association (NMPA) for illegally using more than 1,000 musical works, including numerous hits songs, in the company’s workout videos.

The plaintiffs, including Downtown Music Publishing, Ultra Music and eight other publishing groups, allege that Peloton had been using their musical works since 2014 without proper licensing. Infringed songs included “Shallow” by Lady Gaga and Bradley Cooper, “Only Girl” by Rihanna, “Drip” by Migos and Cardi B, and “Bangarang” by Skrillex and Sirah.

The complaint alleges that Peloton used many songs without a synchronization (or “sync”) license, which is similar to a public performance license but only applies to musical material listened to by multiple people simultaneously via digital channels. In one instance, Peloton “obtained a license for a limited time but then let that license expire, while continuing to use Ultra’s copyrighted works,” according to court documents.

Peloton broadcasts workout videos to owners of its bikes and treadmills worldwide. They are also available on non-Peloton equipments for a $39 monthly subscription.

“Music is a core part of the Peloton business model and is responsible for much of the brand’s swift success,” NMPA president and CEO David Israelite said in a statement. “Thousands of exclusive videos and playlists are a major reason hundreds of thousands of people have purchased Peloton products.”

That’s a fair judgment, according to what Peloton co-founder and CEO John Foley told CNBC recently. Foley said the idea of Peloton bikes was born out of his personal struggle to fit studio cycling classes into his busy work schedule and that a key tenet driving the actual product development was his observation that “what seemed to draw people to those expensive cycling classes was usually a favorite instructor or music playlist more than the brand itself.”

Plaintiffs are seeking more than $150 million in damages, based on the maximum statutory amount per artwork ($150,000) on willful violation allowed under the U.S. copyright law.

To Peloton, that amount is tantamount to half of its 2017 revenue, but probably only a fraction of last year’s. According to the company’s chief operating officer Tom Cortese, Peloton’s annual sales have “doubled or tripled” every single year since 2014. Revenue from 2018 was estimated to hit $800 million.

In response to the lawsuit, Peloton says it does have existing partnerships with artists and publishers and is in the process of building a “reporting and licensing system.”

“We just received the complaint yesterday, and we are evaluating it,” a company spokesperson told Observer in a statement. “Peloton has great respect for songwriters and artists. In fact, we have partnered with each of the major music publishers, record labels and performing rights organizations, and many leading independents. We have also invested heavily to build a best-in-breed reporting and licensing system to support our partners and provide our members with a world-class fitness experience.” 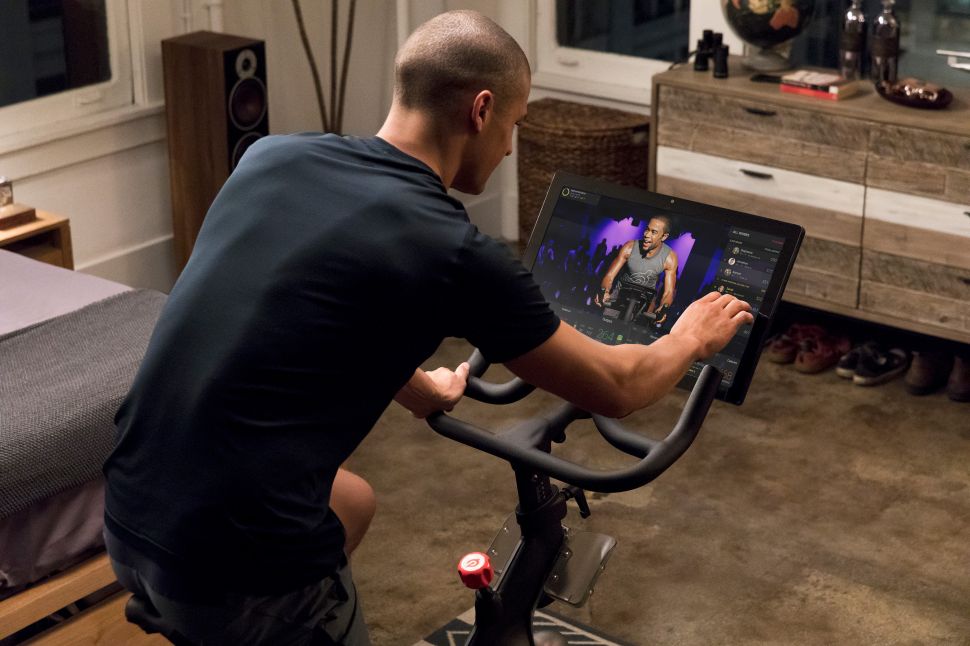