If you, like many among us, watched the 2011 instant classic Bridesmaids and in the interim years have come to be dogged by the persistent question “Why didn’t they make 50 more of those, Marvel Cinematic Universe–style?,” then, boy, do we have some news for you. Beloved comic savants and former Saturday Night Live players Maya Rudolph and Amy Poehler are starring in an upcoming movie called Wine Country, which is set to be released on Netflix on May 10. It tells the story of a group of middle-aged female friends congregating for a big birthday blowout in (where else) the rolling hills of a cinematic vineyard.

Rudolph was a Bridesmaids standout, and Wine Country feels like it’s posing a narrative question that’s too often ignored: What if we were interested not only in comedic stories about young women’s lives, but in what happens to women after accumulating years of valuable learned experience?

There’s a huge void when it comes to movies that depict women who aren’t chasing the things that men expect them to chase—namely, them. Wine Country‘s writers, SNL alums and independent showrunners Emily Spivey and Liz Cackowski, wanted to make sure their movie catered to women and women alone.

“There’s just not enough films that take full advantage of what it’s like to be our age and to be around women that have known you for a really long time but aren’t competing for the same job or the same guy,” Poehler said in a new story in Vanity Fair.

The movie is radical when it comes to the tales it tells about men in that it basically doesn’t tell any. As Vanity Fair‘s Joy Press puts it, during Wine Country‘s run time, “no two straight men even talk to each other.” Therefore, rather than rolling their eyes while some self-obsessed dude drones on and on, viewers will be able to bask in the onscreen foibles of a truly incredible female cast, which also includes Spivey (the grouch) and ex-SNL stars Rachel Dratch (the birthday girl) and Ana Gasteyer (the workaholic) in addition to Rudolph and Poehler.

Unequivocally, let’s get this party started. 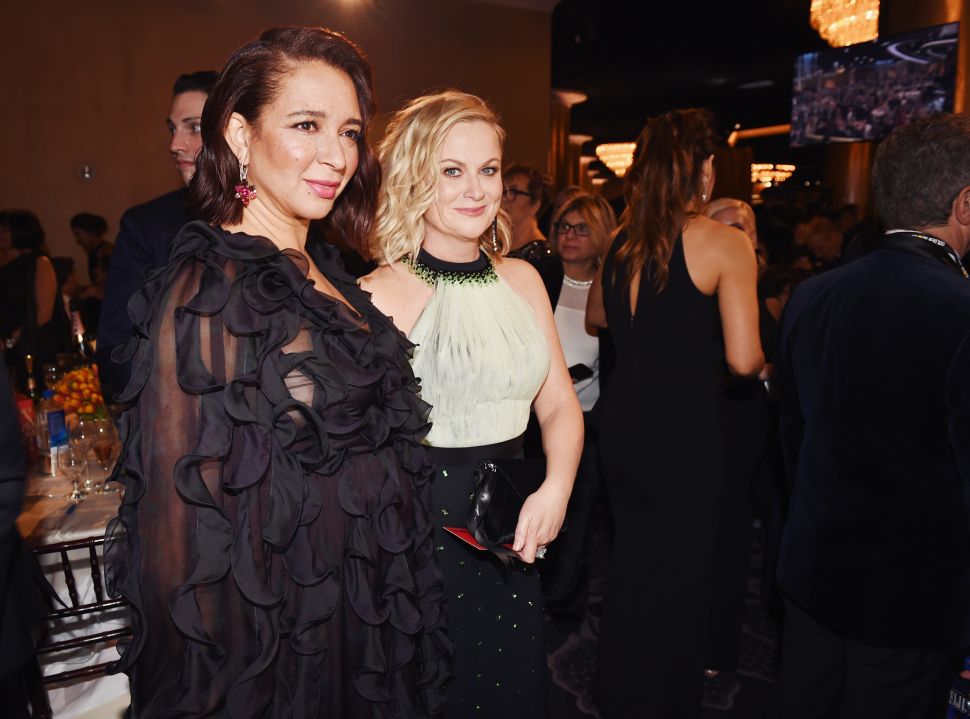