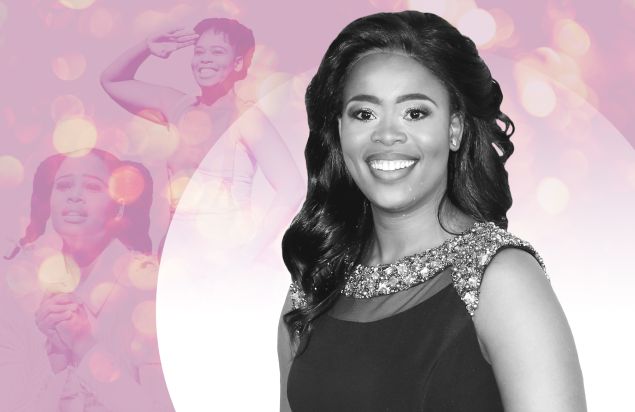 When Pretty Yende made her debut at the Metropolitan Opera in 2013, it was the result of a last-minute change in casting that both delighted and worried the opera world. Replacing Nino Machaidze after she became ill, Yende learned the role of Adèle in Rossini’s Le Comte Ory in less than a month. Whereas casting for a Met season is usually announced more than six months in advance, this seemed, even to cautious optimists, like a potential set up for disappointment.

“I was given basically a month, but I learned it in a week,” Yende told Observer backstage at the Metropolitan Opera House in the final week of her performance as Marie in La Fille du Régiment. “I don’t know how. When I look back, I was like, ‘I didn’t know I could do that.’”

But Yende has a history of mastering new challenges quickly. Growing up in Piet Retief, South Africa, she was a lifelong singer but had not developed an interest in opera until she was 16 years old. She would reach the Met Opera stage by age 27, just a little more than a decade later, by immersing herself in intensive training. She graduated from the South African College of Music (where she studied under Virginia Davids, the first black woman to sing in operas in Apartheid South Africa), and the La Scala Theatre Academy. By the time Yende reached New York, she was on the heels of high praise from singing Musetta in Puccini’s La Bohème at La Scala and arrived with a collection of first prizes in opera competitions across Europe.

“When you’ve been working very hard and you’ve been dreaming so much, when opportunity comes, you think this is the time I take the jump,” she told Observer, reflecting on her first Met performance. “And you hope that it’s the right chance because there’s always a risk in life, but calculated risks are always worth the shot.” 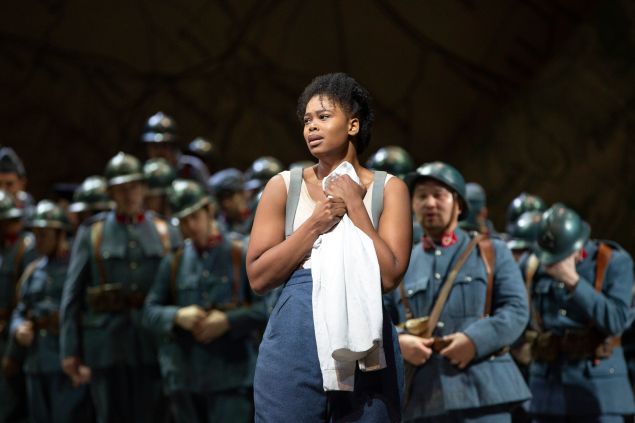 The risk paid off. Soon after her Met debut, Yende began taking on more lead roles, many of which confirmed her as the first black woman to sing the character on a Western stage, such as when she performed the title role in Lucia di Lammermoor at the Paris Opera in 2016. She garnered international attention for breaking long-held barriers in the opera world and continues to speak about diversity in casting, but is ready for the public to focus on what she’s doing with her characters.

With much more time to prepare for her role as Marie in La Fille du Regiment, Yende has developed a booming personality on stage. While the coloratura Soprano could just as easily rely on her voice to convey Marie, Yende’s knack for physical comedy gives the opera a new vehicle for storytelling. Her movements command the entire stage, her voice consumes the entire room. Or, as her co-star Kathleen Turner described it, “Pretty is one of the cutest damn things I’ve ever seen, and then she opens her mouth and sings.”

Yende’s acting has turned the heads of many critics and even won over Turner, who plays Duchess of Krakenthorp. Despite Turner’s reluctance towards opera’s signature acting style, she sees crossover potential for this young powerhouse to take on new genres. 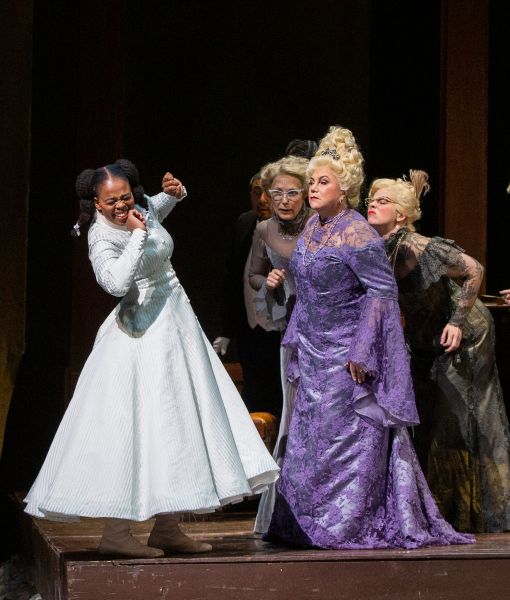 “What Pretty does is reveling,” Turner said. “Her physicality in the character, her tomboyishness and throwing herself around on a pile of laundry…it’s really quite wonderful. And for an opera [singer] she moves very naturally. Every note is perfect and you’re never going to get that kind of voice on Broadway.”

Yende hasn’t shied away from the idea of Hollywood and says screen acting “is not far off” in her dreams for the future. A move that Turner, a veteran Hollywood icon, thinks is a smart one.

“She’s got the right instincts for it,” Turner said.

After playing Marie in two separate productions of La Fille, Yende has set the bar for a bolder, more headstrong Marie, demanding more physical and vocal challenges from the role.

“It was not by chance that I did the specific variations for Marie,” Yende says of her approach. “They had to reflect her strength and power, but agree with what Donizetti had in mind. And the hardest part and the most defining moment, I think for me in the whole piece, is when she has to sing ‘Il faut partir’ after Tonio (Javier Camarena) has declared his love. For the very first time we see pain, which we’ve never seen before. She hasn’t cried before this. She’s been just exuberant, full of life and determined. This is one of the very first characters that I’ve played [where] I truly understood her emotional weight.

Yende credits much of her abilities as an actress to her training in South Africa, where her teachers encouraged mult-dimensionalism even when it meant absorbing the feelings, experiences, even trauma of the character.

“One of my mentors in South Africa told me you’re going to have to learn to separate yourself from their emotional journeys, so that you don’t take them home. And I didn’t understand that. I was like, ‘What is he talking about? We’re just acting on stage.’ And then suddenly I play a role and I get home and I had a standing ovation. I had a fantastic night. Everything’s going well and yet I’m not feeling good. What’s up with that? It’s because we truly do carry their spirit.”

The emotional performance (and yes, La Fille is a comedy, but as Yende maintains, “Marie doesn’t know that”) rests on Yende’s own willingness to be vulnerable, especially to the public. She’s known for often sharing her personal insecurities with the press, a habit she formed early because she felt it was important to show young people it’s okay to make mistakes.

“I’m more happy than before to actually admit my insecurities because I think we get trapped into all this glory and this perfection,” she explained.

Yende’s devout Instagram following takes part in the conversations when she reports live from rehearsal life or shares several encouraging messages each day. “Your scars are someone else’s hope” and other sentiments line her social profile, addressing bluntly how perfection isn’t real but self-doubt, even with all of her accolades, still very much exists.

“I have recently started to truly not be afraid to actually talk about it on interviews,” Yende said. “I am still that timid girl who is afraid, but I’ve learned ways to handle that fear. I’m learning to accept the weight of what we do emotionally and spiritually, because we carry these characters’ emotional journeys. We actually host their emotions, so it’s not just a lightweight career. It’s deep. And so now more than ever I try to talk about it.”

It’s then that Yende points to a recent issue of Opera News in which she’s the cover girl, sitting on her throne in a royal purple gown. “That’s not me,” Yende says, pointing to her picture. “When you look at this picture,” she says while holding the magazine, “and you look at me and what I’ve been through, this woman on the cover does not cover the depth of what it truly takes. I’m not exempt for things like discouragement, rejection—self-rejection included— disappointment or sacrifice. Both are of value, but you can’t have her without me.”

This year, Yende is nominated for an International Opera Award for Best Female Singer. And with an upcoming third album coming with Sony and thousands of social media followers, it’s likely she’s destined for crossover stardom—with or without Hollywood—like the Pavarottis and Renee Flemings that came before her. But what stands out most is her resistance to diva imagery, citing her empathy as the vehicle for her acting, befriending the characters and taking on their strife.

“I wouldn’t be human if I didn’t acknowledge my insecurities,” she said. “Empathy and humanness in what we do is too important. Marie helped me remember that.” 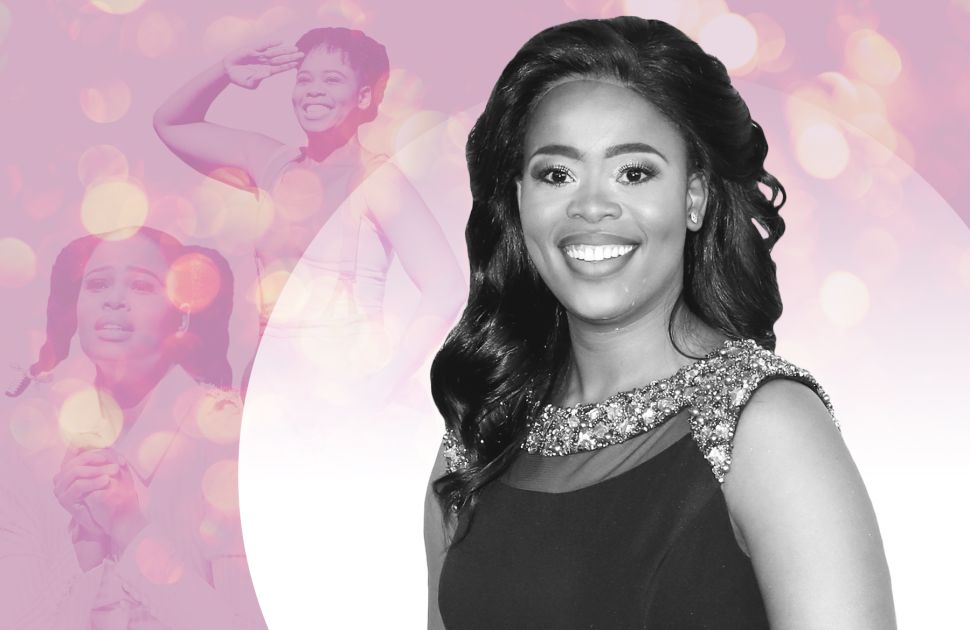