The royal baby is almost here, but Prince Harry and Meghan Markle are tying up a few loose ends before the arrival. The Duke and Duchess of Sussex decided to give up their Cotswolds country home at the beginning of the year, though they surely weren’t thrilled to move out of their favorite abode.

Alas, the time has come, and according to Elle, the Sussexes have officially given up their countryside getaway on the Great Tew Estate. That doesn’t mean they’re finished with the area altogether, as it was previously thought the couple was considering nearby Beaconsfield Farm, which might be more secure than their previous residence.

But the Sussexes won’t be sans royal home, as it turns out that they’re finally about to move into their new official home, Frogmore Cottage at Windsor. Prince Harry and Meghan are expected to move into the extensively renovated 10-bedroom estate before the end of the month, as long as there are no unforeseen circumstances that prolong the remodel, per ET Online.

Prince Harry and Meghan are cutting it a bit close with their final move-in plan at Frogmore Cottage, as the Duchess of Sussex’s due date is thought to be at the end of April or early May. The remodel is finally almost finished, so they do have lots to look forward to—they went all out on the redesign, with features like an eco-friendly green energy system, vegan nursery and a yoga room, because never forget The Tig was a thing.

Even though Meghan is thought to now be on maternity leave, she isn’t exactly taking it easy. In a much discussed move, the Duke and Duchess of Sussex recently split their household from Prince William and Kate Middleton, so not only will the Fab Four be physically apart at their main residences (the Duke and Duchess of Cambridge maintain an apartment at Kensington Palace), but they will also now have distinct official households.

Queen Elizabeth and Prince Charles reportedly vetoed Prince Harry and Meghan’s request for an entirely separate household; instead, their official household will report to Buckingham Palace—even royals get denied sometimes. That means, however, that the Sussexes could potentially receive a London home at Buckingham Palace, or perhaps St. James Palace—imagine all the potential yoga studios. 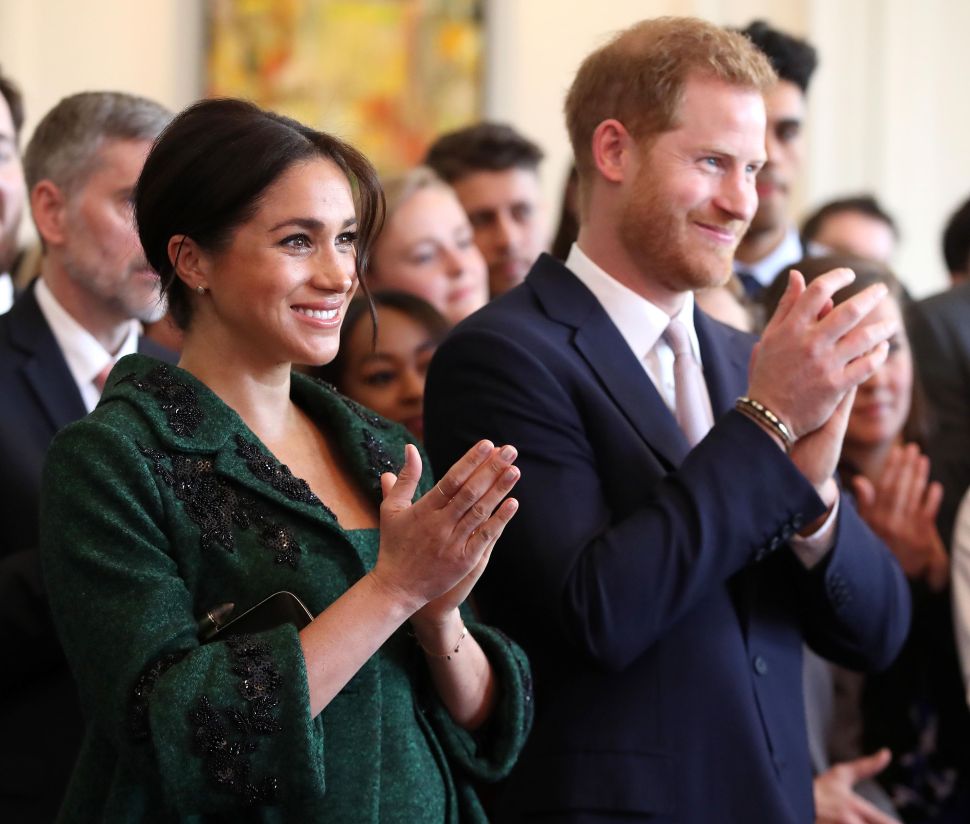