R&B singer and alleged sexual predator R. Kelly is currently facing charges of 10 counts of aggravated criminal sexual abuse, and the “I Believe I Can Fly” singer sat down to discuss it in an interview with CBS This Morning co-host Gayle King that aired Wednesday morning. He didn’t remain seated for long.

As King questioned him about the many allegations against him that have accumulated over the years, which include the sexual abuse of minors, the embattled superstar was tearful and emphatic as he insisted that the many women who have accused him of misconduct are lying.

As King questioned Kelly further about whether he’d ever held any young women against their will, he became incandescent with indignation, leaping out of his chair and getting hysterical.

“Stop it. You all quit playing! Quit playing! I didn’t do this stuff! This is not me! I’m fighting for my f***ing life! Y’all killing me with this sh*t!” @RKelly told @GayleKing, standing up. “I gave you 30 years of my f***ing career!”https://t.co/u4AENVJQsc pic.twitter.com/jLF7l8etYh

Watching the situation escalate so quickly was deeply alarming, but King kept her composure as Kelly paced back and forth, yelling. “I have been assassinated,” he said at one point.

Later, when Kelly appeared to have calmed down and resumed his seat, King summed up his outburst succinctly without conceding to the narrative that he’s been pushing for years—that everyone speaking out against him is simply doing it for money.

“You sound like you’re playing the victim here,” King said.

On Thursday, CBS This Morning will air the interview King did with Joycelyn Savage and Azriel Clary, the two young women currently living with Kelly whose parents think they’ve been brainwashed into doing so. 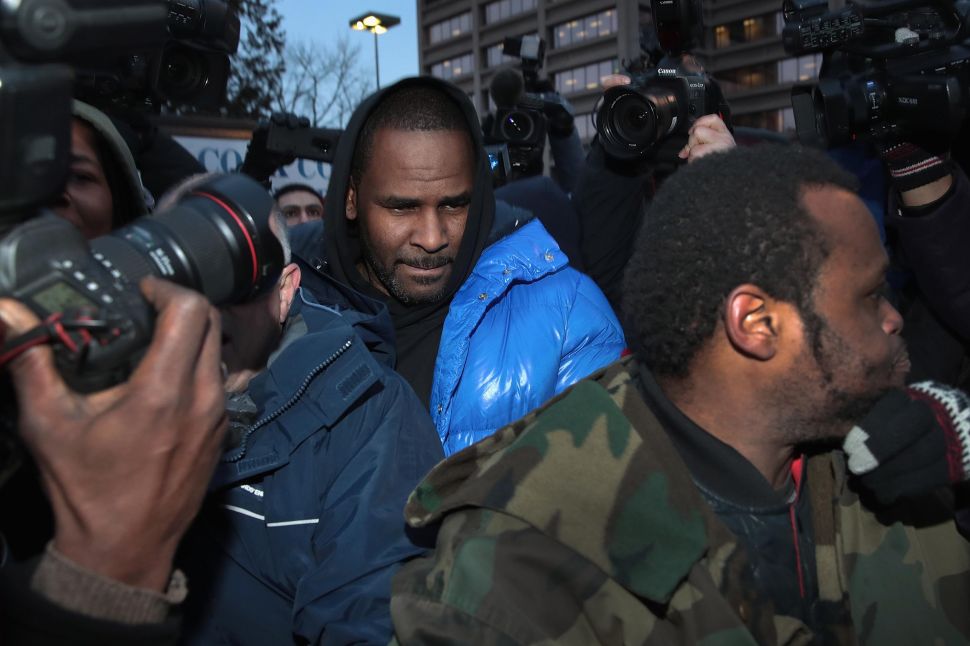