This week, news broke that an unprecedented purchase had been made of a champion racing animal; a beast of such extraordinary strength and skill that his new owner, a Chinese financier of considerable means, shelled out more $1.4 million at auction for the privilege of possessing the coveted thoroughbred. You would be forgiven for assuming that this ludicrously expensive creature is a horse (perhaps a colt gearing up for the Kentucky Derby), but it is not. Remarkably, the buyer spent nearly one and a half million dollars on a pigeon named Armando.

Armando isn’t just any ordinary pigeon, which is perhaps already obvious from his price; he’s a legendary avian superstar in the high-stakes and passionately competitive world of pigeon racing. Purported to be the “best long distance pigeon of all time,” Armando has won many races in his native Belgium and came first in the National Ace Pigeon Long Distance KBDB in 2018 (basically, he won a huge European pigeon race). He’s also quite striking, once you divorce all memories of filthy New York pigeons from your mind. Armando is sleek and streamlined, and his wings fold out from his body as neatly as airplane fins.

All over the world, those invested in the pigeon racing scene had been waiting with great anticipation to find out just how much someone would shell out for Armando in the aforementioned auction. The online competitive sale was conducted by the piegon’s former owner, Joël Verschoot, a retired slaughterhouse manager whose windfall stands as his most outstanding achievement. “I didn’t see this coming,” Verschoot told The Guardian. “This is a crowning glory of all those years in the pigeon sport. The icing on the cake.”

Once one gets over the novelty of the existence of an industry that revolves around pigeons, it’s quite easy to see how similar pigeon racing is to more well-known pastimes like horse racing, which dates back to Ancient Greece. When a horse’s career as a racer is drawing to a close (either because of age or injury), it’s in the owner’s best interest to attempt to breed him. It’s an inexact science, but the descendants of champions are thought to be probable champions as well. Exactly the same thing happens in pigeon racing, which according to The Week, first emerged as a sport in the late 19th century after homing pigeons bred for carrying messages were shipped from Europe to the United States.

Armando was purchased for such an astronomical sum in part because of the fact that he’s five years old, and therefore nearing the end of his stint as a champion competitor. He’ll soon be bred with a female pigeon, The Guardian writes, and his offspring are guaranteed to be very valuable because of his sterling reputation. Given how popular the pigeon racing scene is in China among the country’s wealthiest citizens, it makes sense that Armando’s new owner deemed him worth the investment. 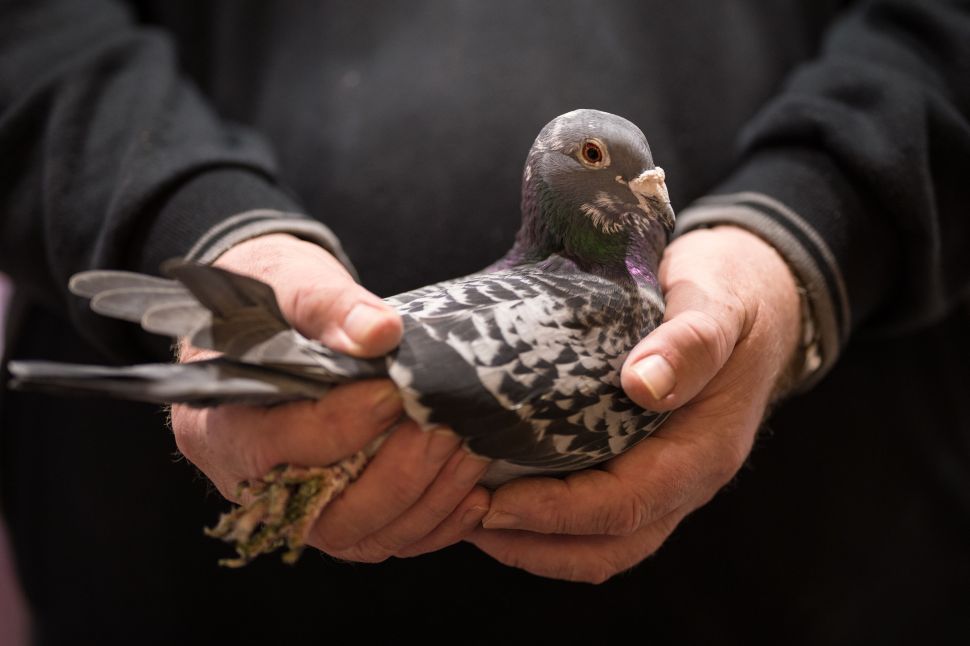