It’s difficult to remember now, but a scant few years ago, we were on the verge of a large-scale project that in many ways was the social engineering equivalent of the moon landing.

The effort was spurred on by two high-profile incidents—one that took place in Steubenville, Ohio in 2012 and is detailed in Nancy Schwartzman’s new documentary Roll Red Roll and the other occured two and a half years later at Stanford when student athlete Brock Turner raped a woman he met at a
party. It seemed we had chosen, as a nation, to collectively take on the monumental and seemingly intractable problem of campus rape culture. College professors and staff were retrained under Title IX to support survivors and witnesses, and the Obama administration made wiping out sex assault on campus a national priority through outreach programs like “It’s On Us.”

To some, the outcome of the 2016 presidential election was viewed as a referendum on these efforts. It was after all football loving, Rust Belt communities like Steubenville that turned out overwhelmingly for a candidate who bragged about sexual assault. (Brock Turner is from outside Dayton.)

Even if that wasn’t the case, that was still the result. The new Secretary of Education dismantled Obama era changes to Title IX, reducing the liability of colleges and universities investigating claims of sexual misconduct and giving defendants increased standing, including the right to directly cross-examine their accusers. Meanwhile, with the #MeToo movement, the culture shifted its attention away from sexual predation on campus and toward harassment in the workplace. Students were left to fend for themselves.

By keeping the focus of Roll Red Roll solidly within the confines of the Buckeye State, the filmmaker goes a long way to explaining how this happened. Schwartzman’s previous work has similarly focused on issues of digital intimacy and consent, through projects like the films The Line (2009) and xoxosms (2011), and the app Circle of Six, which easily connects you to previously designated contacts with two taps to your phone in instances where you might need help. Here, she stitches together her narrative through the text messages and social media posts that made the Steubenville case infamous. But she also grounds the story in the reaction of the community.

We meet the antiques dealer who sees the assailants as “bad boys” who, during any other period in the town’s history, would be suspended from school rather than sent to jail. Then there are the female Steubenville High classmates who question the personal responsibility of any young woman who would put herself in a situation where they were drunk with boys. And here comes the football coach, who—after his own cursory investigation of what happened that August night—decides not to suspend his players for drinking because he is afraid it would make them look guilty of the much more serious charges. The world is shifting beneath these people’s feet and they clearly don’t know what to make of it.

While The New York Times‘ coverage of the case brought it international attention, and a CNN anchor’s commentary about how the accused boys’ lives were being shattered by their guilty verdict brought new meaning to the phrase sympathy for the devil, Schwartzman is more interested in local media. Taking main stage is the chain-smoking, Columbus-based crime blogger Alexandria Goddard. In the days after first reading about the football players arrest, she combed the team roster’s social media and took screenshots of their brazen and shockingly callous posts from that night. For her efforts, Goddard life is regularly threatened.

Meanwhile, Cleveland Plain Dealer investigative reporter Rachel Dissell questions the mentality of a football-obsessed town that moves mountains to protect its sons while thinking nothing of its daughters.

To the residents of Steubenville, even these fellow Ohioans feel like outsiders hell-bent on exploiting the mistakes of their boys. It doesn’t help their cause that the reporters’ apparent allies in uncovering the truth—the Guy Fawkes-masked Anonymous hackers who posted some of the most damning videos from that night online and then hosted a rally on the courthouse steps—look like villains from a sci-fi flick.

But it turns out to be a wise choice for Schwartzman to keep the focus regional; her viewers will provide the national perspective on their own. Indeed, it is impossible to see aspects of the story—like the “s’up bro” camaraderie and the copious tears Trent Mays and Ma’lik Richmond shed when a judge hands down their rape conviction—and not think of the Brett Kavanaugh hearings.

For many, Roll Red Roll will bring back the same sickening feelings and memories of long-buried trauma that they experienced during the hearing six month ago. And while it is good that a director as versed on the subject of consent as Schwartzman is bringing her unwavering eye to the problem, it makes it all the more painful that we seem even further away from solving the issue then we were on that fateful August night in Ohio seven years ago. 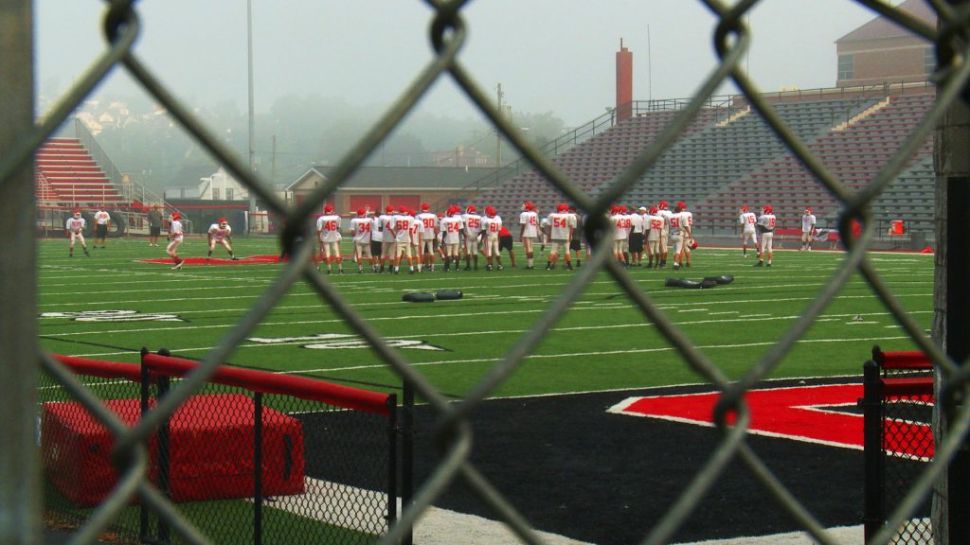