Rent the Runway is strolling down the billion dollar valuation catwalk.

The New York City-based clothing rental service, which operates an e-commerce site as well as retail shops around the country, has become the latest unicorn direct-to-consumer startup run by a female founder. Rent the Runway’s latest VC funding effort—a $125 million round—is what helped it achieve the coveted status.

It’s also what Rent the Runway’s founder and CEO Jennifer Hyman, told The New York Times will help the company scale even further, with a goal “to create the Amazon Prime of rental.”

“You’ll continue to see that this new living closet that we’ve created is going to apply not only to how you get dressed, but it’ll apply to all of the products that you use,” Hyman said.

Silicon Valley is known as a young men’s club when it comes to inflated market valuations, with companies like Uber and Airbnb being perfect examples of male-founded unicorns. However, in recent years, female-focused startups like makeup brand Glossier and styling e-commerce startup Stitch Fix have been attracting investors, and in turn, hefty funding rounds. This rapid scaling has not only led them to their respective billion dollar valuations, but seems to have encouraged investors to follow suit on more women-run startups. These also include other billion dollar companies like DNA testing service 23andMe, founded by Anne Wojcicki, and now Rent the Runway.

Whether Rent the Runway will become the Amazon Prime for the fashion-conscious consumer remains to be seen. But its founder’s plans to follow in the footsteps of Glossier’s Emily Weiss and Stitch Fix’s Katrina Lake—which went public last year —is evident. 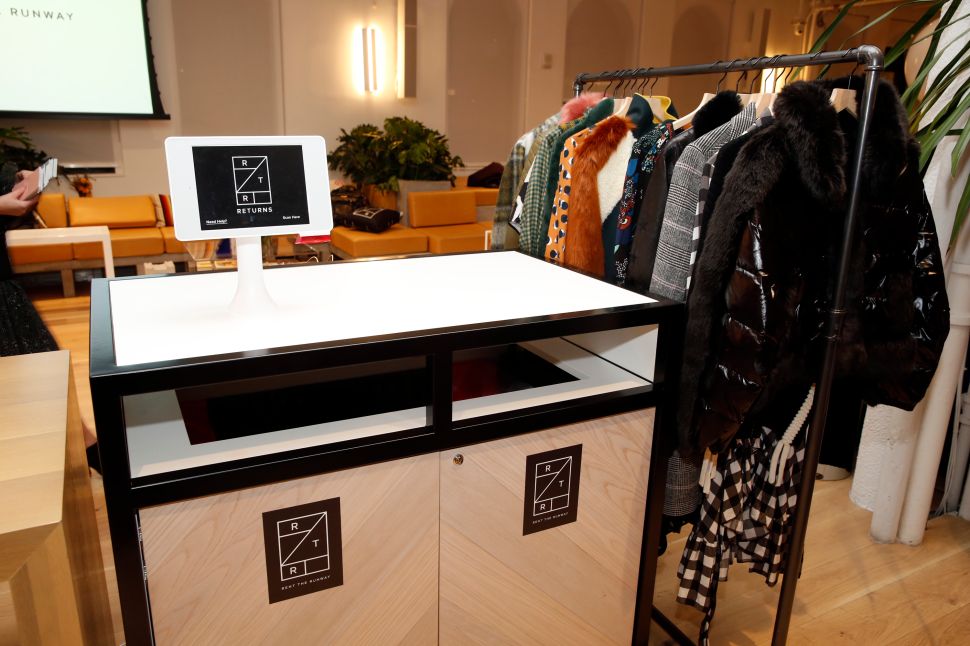