Less than a month after Sears won a lifeline in bankruptcy court with a $5 billion buyout deal from its former CEO Eddie Lampert, the once glorious American retailer is back in the court house this week to defend itself in a new suit over its iconic tool brand, Craftsman.

Sears was sued in a Manhattan federal court on Wednesday by Stanley Black & Decker, which accused the embattled retailer of breach of contract and trademark infringement over its new professional-grade mechanics tool line under a brand called Craftsman Ultimate Collection.

Sears sold Craftsman to Stanley for $900 million in March 2017 in a bid to hedge its mounting debt. As part of the deal, Stanley granted Sears a limited license to sell some Craftsman products at Sears locations.

But with Sears’ new tool line under a very similar brand name, Stanley claims that the retailer has breached the terms of the license agreement by touting the new tool line as “the real home of the broadest assortment of Craftsman,” which could imply that other Craftsman products are “somehow illegitimate.”

The complaint was filed in the U.S. District Court for the Southern District of New York.

Sears filed for Chapter 11 bankruptcy protection in October last year, leaving behind a total of $5.5 billion in debt and a track record of eight straight years of losses.

After a four-month long negotiation with potential buyers, the 125-year-old retailer eventually reached a deal with its chairman and largest shareholder, Lampert, to sell itself for $5.2 billion to his personal hedge fund, ESL Investments. 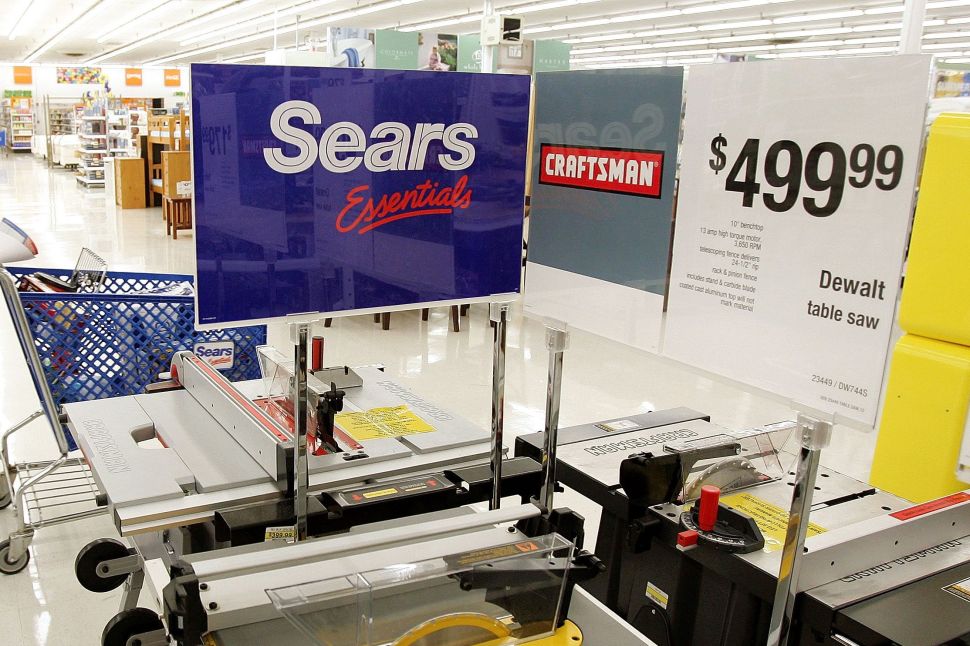