Warner Bros.’ shared DC Universe is on a bit of a comeback thanks to the $1.1 billion earned by Aquaman—the highest grossing film in the continuity by far. Now Zachary Levi’s Shazam!—who is far less of a known commodity than the King of Atlantis and who will not benefit from prior appearances in the DCU like Jason Momoa’s character did—is tasked with keeping the momentum going. It’s unfair for anyone to expect the film to post the same sort of billion-dollar totals, but as a relatively smaller superhero film (a reported budget of $80 million), Shazam! doesn’t have to in order for it to still be considered a hit.

So with its April 5 release date approaching, let’s take a look at the best-case, worst-case, and most realistic case scenarios for Shazam!’s box office.

Box Office Pro, which specializes in long-range tracking and forecasting, predicted an opening weekend between $40 million and $60 million for Shazam!. Since this is the best-case scenario, let’s see what it would take to exceed those expectations.

Shazam!‘s promo materials and trailers have been met with consistent praise. Box Office Pro’s Trailer Impact metric, which polls moviegoers to find the most memorable trailers from recent cinema visits, pegged Shazam! with a 77 percent interest score, hot on the heels of Aquaman‘s 83 percent.

WB has shown a ton of confidence in the project, lifting the social media reaction embargo for critics a month before the film’s release and receiving universal praise. They company also set up advanced exhibitor screenings. If it opens to $70 million-plus and posts a similar multiplier—the multiple of the film’s final domestic gross to its debut numbers—between Wonder Woman‘s jaw-dropping 3.9x and Aquaman‘s insane 4.9x, we’re looking at a potential North American total around $300 million. Since most superhero blockbusters have settled into a general 35/65 split between domestic and foreign gross, we can roughly project an overseas total of around $550 million-plus for a strong worldwide gross hovering around $850 million.

In this scenario, the public’s lack of awareness regarding the Shazam character drives down early interest and the arrival of Avengers: Endgame three weeks after its release stunts the movie’s long-term legs considerably (the latter being a real possibility). The positive early reactions give way to more lukewarm overall reviews and April audiences only have the bandwidth for one comic book blockbuster.

Variety says that tracking pegs Shazam! for an opening of “as much as $40 million,” so let’s call it an underwhelming $30 million. Assuming the movie front-loads most of its viewership, similar to the disappointing Batman v Superman: Dawn of Justice (1.9x) and Justice League (2.4x), we could be looking at a paltry domestic total of just $70 million, easily the worst DCU performer of all. If we’re still running with the 35/65 splits, the overseas haul would be a pitiful $130 million or so, leading to a worldwide total of just $200 million. That would be an outright disaster.

According to Atom Tickets: After its first week of ticket pre-sales, Shazam! is off to a strong start compared to other action adventure movies this year. Pre-sale figures for the DC superhero movie are only second to Captain Marvel ($153 million opening) and is outperforming pre-sales for Glass ($40 million opening) and Alita: Battle Angel ($28.5 million opening) for the same time period of two weeks prior to opening date. Shazam! is also outperforming Wonder Woman ($103 million opening) for the same time period. Pre-sales numbers don’t necessarily mean Shazam! is suddenly going to exceed its tracking projections by upwards of 100 percent, but it does signify extremely strong early interest in the film from moviegoers.

Let’s say that good will translates to a higher-than-expected opening of $60 million (several recent superhero movies have opened higher than tracking reports predicted) and plays like the DCU’s leggier recent entries with a multiplier of at least 3.5x. Of course Avengers: Endgame is going to swallow up the box office once it arrives. But if Shazam! can push itself to at least $200 million domestic (which would still be the lowest-grossing DCU entry by $30 million), it could be looking at around $390 million in foreign ticket sales and conceivably cross $600 million worldwide. Since studios generally like to triple the production budget of their tentpoles, that would be a major win for Warner Bros. 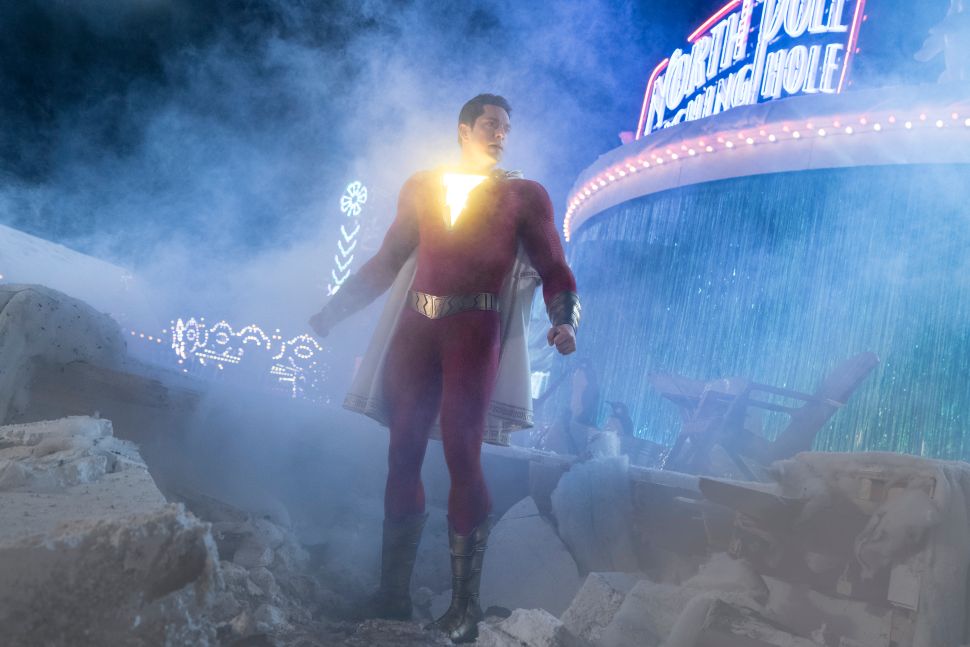