Special Counsel Robert Mueller has completed his investigation and submitted his report to Attorney General William Barr. President Donald Trump is beating his chest saying that he is exonerated. Congress and many other people are demanding to read the full report. What does the law say about it?

How We Got Here

The Department of Justice (DOJ) regulations authorize the attorney general (or, if the AG is recused from a matter, the acting attorney general) to appoint a “special counsel” from outside the federal government to conduct specific investigations or prosecutions that may pose a conflict of interest if pursued under the DOJ’s normal procedures.

Specifically, 28 CFR § 600.1 provides that a special counsel may be appointed when the attorney general determines:

The special counsel has relatively broad jurisdiction, although the primary basis for jurisdiction is “a specific factual statement of the matter to be investigated.” The special counsel is also authorized to respond to interference with their investigations, by providing “authority to investigate and prosecute federal crimes committed in the course of, and with the intent to interfere with, the Special Counsel’s investigation, such as perjury, obstruction of justice, destruction of evidence, and intimidation of witnesses.” The attorney general may also expand the jurisdiction as is “necessary in order to fully investigate and resolve the matters assigned, or to investigate new matters that come to light.”

In the case of the Mueller investigation, Acting Attorney General Rod Rosenstein appointed Robert Mueller to “ensure a full and thorough investigation of the Russian government’s efforts to interfere in the 2016 presidential election.” The appointment letter specifically authorized Mueller to “conduct the investigation confirmed by then-FBI Director James S. Comey in testimony before the House Permanent Select Committee on Intelligence on March 20, 2017, including: (i) any links and/or coordination between the Russian government and individuals associated with the campaign of President Donald Trump; and (ii) any matters that arose or may arise directly from the investigation; and (iii) any other matters within the scope of 28 C.F.R. § 600.4(a).”

According to Rosenstein, the initial order “was worded categorically in order to permit its public release without confirming specific investigations involving specific individuals.” However, a subsequent memorandum provided “a more specific description” of allegations that were authorized under the special counsel investigation. According to the DOJ, allowing the parameters of jurisdiction to develop during the course of an investigation was required for “an effective investigation [which] must have some latitude to extend beyond the known facts at the time of [the appointment].”

Special counsels are unique in that they are not subject to “day-to-day supervision” by the DOJ. They are also “free to structure the investigation as he or she wishes and to exercise independent prosecutorial discretion to decide whether charges should be brought.” Special counsels are also vested “within the scope of his or her jurisdiction, the full power and independent authority to exercise all investigative and prosecutorial functions of any United States Attorney.”

While the special counsel enjoys broad leeway, he or she must communicate with the attorney general under certain circumstances. For instance, reports are required upon the initiation of investigations of “public figures or entities.” Reports are also mandated “before contacting the public figure” and for “an interview, grand jury appearance or trial appearance.” Public figures include Members of Congress, judges, high executive officials and any “other nationally prominent public figure.”

The DOJ’s regulations also dictate what happens at the conclusion of a special counsel investigation, which is where we are now. Pursuant to 28 CFR § 600.8: “At the conclusion of the Special Counsel’s work, he or she shall provide the Attorney General with a confidential report explaining the prosecution or declination decisions reached by the Special Counsel.” The counsel’s report is to be “handled as a confidential document as are internal documents relating to any federal criminal investigation.”

The attorney general also has an obligation to share the special counsel’s findings with Congress, although there is no duty to disclose the full report. Under 28 CFR § 600.9(a)(3), the attorney general must provide to the chairs and ranking minority members of the House and Senate Judiciary Committees, “to the extent consistent with applicable law, a description and explanation of instances (if any) in which the Attorney General concluded that a proposed action by a Special Counsel was so inappropriate or unwarranted under established Departmental practices that it should not be pursued.” According to Barr, “There were no such instances during the Special Counsel’s investigation.”

The regulations are silent on whether the Judiciary Committees can release the reports given to them from the attorney general. With regard to the full special counsel report, the decision is in the hands of the attorney general. Under 28 CFR § 600.9(c), “The Attorney General may determine that public release of these reports would be in the public interest, to the extent that release would comply with applicable legal restrictions.”

Not surprisingly, the public release of the Mueller report is currently a hot topic. In his letter to Congress, which he publicly disclosed, Attorney General Barr stated that he “committed to as much transparency as possible,” and would work to determine “what other information from the report can be released to Congress and the public consistent with the law.”

Lawmakers on both sides of the aisle have called for full disclosure. In addition, Trump has stated that he wouldn’t mind if the report is made public. However, as discussed above, it is not his decision to make. 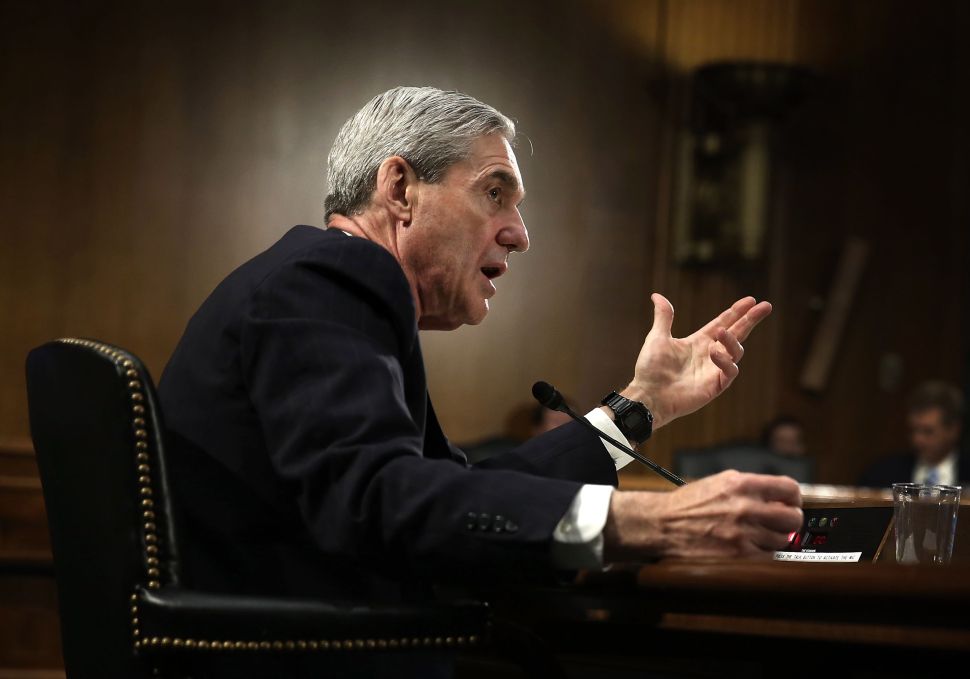