Welcome to Observer’s 2019 Spring Arts & Entertainment Preview, your comprehensive guide to the best of the season. We’ve combed through cultural offerings from across the country to bring you our picks for the events worth leaving home for, and the stuff you should be staying in for. Bookworms should also peruse our list of must-see art shows.

Fitzpatrick’s debut novel centers around 15-year-old Ilya, a Russian exchange student looking for adventure in Louisiana. Dazzled by the muchness of America, he still can’t stop thinking about his older brother Vladimir, the dark foil to his bright exuberance, imprisoned back at home. Enlisting his seductive host sister Sadie in his attempt to exonerate his brother, Ilya uncovers secrets he was never meant to reckon with. The bonds of family and homeland—new and old—are tested in this sexy and pensive thriller. 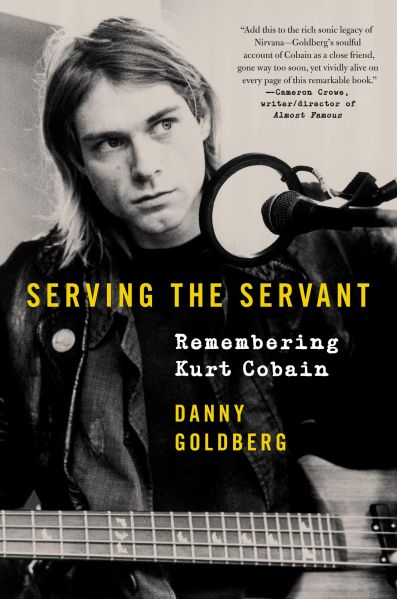 Upon the 25th anniversary of Kurt Cobain’s death, it’s hard to fathom that Nirvana’s major-label albums were released within a three-year period. Goldberg stood witness to Cobain’s genius from 1990 to 1994 , serving as the grunge band’s manager. Serving the Servant sheds new light on the image of Cobain as a tortured artist and, through previously unseen files and extensive interviews with friends, family and former bandmates, reveals the compassion and ambition that truly drove him.

Drawn from true events, Women Talking poses a question about justice for Mennonite women who, betrayed by their community, must decide whether or not to abandon the only world they know. The novel is framed by the minutes of a meeting composed of eight women, parsing through a debate to determine how they should respond to two years of lies and sexual assault positioned as the work of demons punishing them for their sins. Toews has established a cult appeal for her many novels including 2014’s All My Puny Sorrows. This one should take her to the next level. 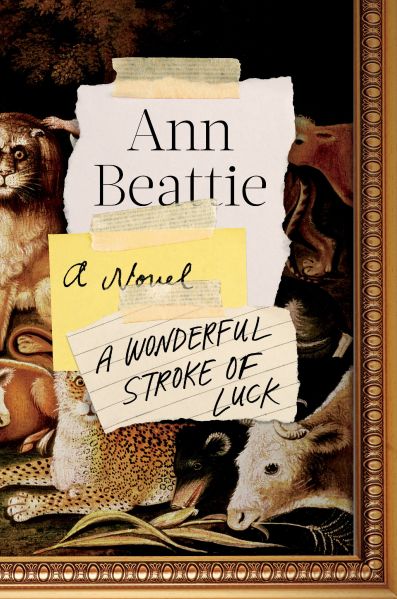 A Wonderful Stroke of Luck by Ann Beattie (Viking, April 2)

Beattie’s first novel in eight years, A Wonderful Stroke of Luck, tells the story of a clutch of students at a New Hampshire boarding school living in the shadow of 9/11. In the wake of this tragedy, one student, Ben, succumbs to the spell of a charismatic teacher, clinging to the stability he offers as he copes with the death of his father. Typically known for her cool, sharp writing, this time Beattie casts an empathetic gaze on her subjects.

A Pulitzer finalist for fiction, Choi’s 2004 novel, American Woman, interrogated domestic terrorism of the late 1960s and 1970s through the legacy of capitalism and the injustice of Japanese internment camps during World War II. Her latest, Trust Exercise, is less directly political but no less explosive. In this outing, students at a competitive performing arts high school in the 1980s give themselves over to the bubble of their rarified lives and loves. Outside influences affect them little, but an unsettling chain of events is about to upend their hermetic world. The results will linger long after the book ends.

Rooney’s 2017 debut novel, Conversations With Friends, became a celebrated must-read for literary types. Her eagerly anticipated sophomore effort offers another cerebral study of romance and friendship through a familiar coming-of-age tale. Connell and Marianne are a star-crossed high school couple whose relationship collides and combusts as they move away to Trinity College in Dublin. They have their turns in the sun, together and apart, as they come to understand the depth of their irresistible connection. Eschewing clichés, this is a psychologically adept look at first love and class.

The 2016 collection American Housewife introduced readers to the acerbic wit of Helen Ellis, an Alabama gal in exile on the Upper East Side. She returns this spring with Southern Lady Code, a set of viciously funny essays that tackle marriage, thank-you notes and marijuana. You’ll applaud the confidence she finds in donning a black-tie gown, and her paean to vacuuming will leave you in stitches. Ellis speaks her truth with a lipstick kiss.

The third novel in Smith’s seasonal quartet, Spring is as elegant and cutting as its predecessors, which offer a nuanced and entangled look at the post-Brexit United Kingdom. While Karl Ove Knausgaard has also written a seasonal quartet at roughly the same time, it’s Smith’s Scottish outlook that will win many over. She turns her domestic spaces inside out, revealing the universal through a force of will. Faced with resignation, she chooses dogged determination for her fascinating cast of characters. 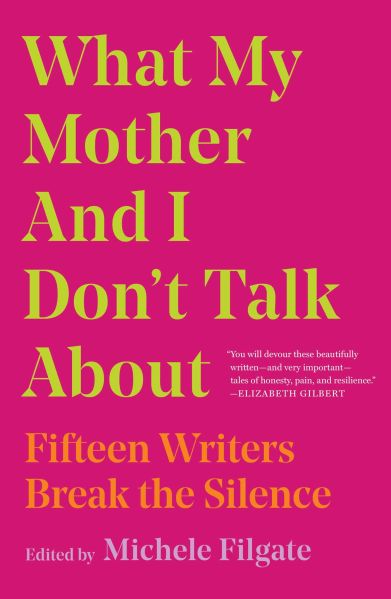 What My Mother and I Don’t Talk About: 15 Writers Break the Silence, Edited by Michele Filgate (Simon & Schuster, April 30)

Originating as a Longreads essay by editor Michele Filgate, What My Mother and I Don’t Talk About is an emotional and graceful collection of essays circling the topics we conceal from our matriarchs. Filgate has assembled a stunning lineup of contemporary authors including Alexander Chee, Kiese Laymon, Carmen Maria Machado, André Aciman, Leslie Jamison and Melissa Febos. Read it and then, if you can, make your way home to see Mom. 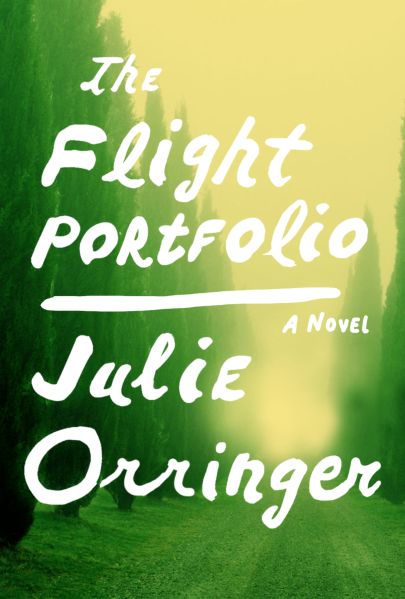 The Flight Portfolio by Julie Orringer (Knopf, May 7)

At stake in The Flight Portfolio is the intellectual heart of Europe during World War II. This sweeping novel is based in part on the true story of Varian Fry, a New York journalist who left for Marseille in 1940 to try to save artists and writers from deportation to Nazi concentration camps and secure the European cultural treasures outside the grasp of the Third Reich. As the leader of the Emergency Rescue Committee, he takes it upon himself to create fake paperwork and documents for people in need—but is it possible for one man to make such huge decisions of life and death? Examining the fate of history and that of the individual, Orringer skillfully builds upon the reputation she solidified with her 2010 best seller, The Invisible Bridge.

Furious Hours: Murder, Fraud and the Last Trial of Harper Lee by Casey Cep (Knopf, May 7)

Harper Lee published but one novel during her lifetime: the 1960 classic To Kill a Mockingbird. Some question whether or not her posthumous Go Set a Watchman should have seen the light of day, but many agree it’s a tragedy that Lee never published a true crime book about the trial that took her from New York City back to Alabama 17 years after she helped her friend Truman Capote research and pen his classic In Cold Blood. This new work looks at the absurd circumstances surrounding the case of a serial killer who was a preacher as well as a fraud. An unflinching account of the kind of racial politics we continue to struggle with today, Furious Hours is also a unique portrait of one of the most enigmatic writers in modern American history.

Light From Other Stars by Erika Swyler (Bloomsbury, May 7)

From the author of the best seller The Book of Speculation, this novel examines a different kind of alchemy. While Swyler’s debut explored the world of circuses, family curses and tarot, the profoundly beautiful Light From Other Stars looks to science, time and the cosmos. A child of the 1980s growing up on the Florida coast, Nedda is enchanted by the space program and haunted by the death of her infant brother. Desperate to avoid another painful loss, her dad—having been laid off by NASA—wrestles with an experiment to outsmart life’s ticking clock. As an adult, Nedda achieves her greatest dreams as an astronaut, but an unforeseen crisis may test the fabric of her youth and the bond between father and daughter. 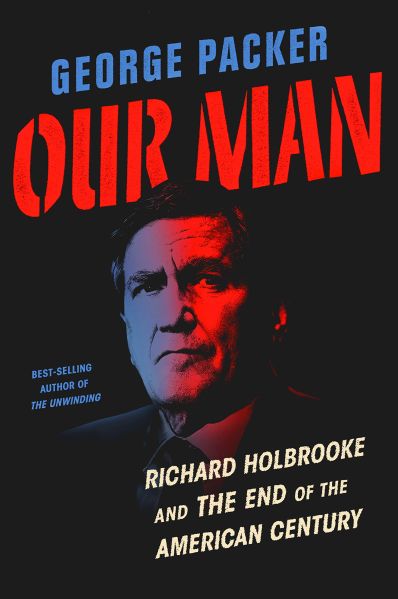 Our Man: Richard Holbrooke and the End of the American Century by George Packer (Knopf, May 7)

New Yorker writer George Packer turns his eye to one of the most influential players in late-20th-century American politics and diplomacy, the late career diplomat and architect of the Dayton Peace Accords, Richard Holbrooke. Our Man scrutinizes the egotistical and myopic genius for whom egotism and idealism could not be separated. Overlooked for his dream job, Secretary of State, Holbrooke worked tirelessly to bring about peace in an ever-fracturing world. Through a depiction that may be likened to Robert Caro’s The Power Broker, Packer analyzes the forces of character that led us from a commitment to unity to the chaotic division in which we find ourselves today.

The Seven or Eight Deaths of Stella Fortuna by Juliet Grames (Ecco, May 7)

Satisfying your urge for a sumptuous intergenerational saga, the heart-wrenching novel The Seven or Eight Deaths of Stella Fortuna hinges on a rift that challenges the heart of a family that has survived so many other odds. Death is no stranger to the titular character, the flinty older sister to the adored baby sister Tina. Leaving their small Italian village, the Fortunas move to the United States as World War II looms. Fleeing to escape one fate, Stella struggles to carve out her independence from a tribe for whom survival is paramount. 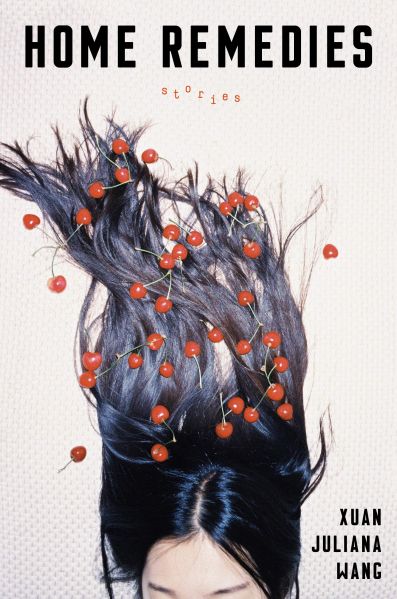 Praised by National Book Award “5 Under 35” honoree Weike Wang and Pulitzer Prize winner Adam Johnson, Home Remedies is a remarkable collection of short stories. Blurring the boundaries between time and place, Wang captures the strivings and uncertainty of Chinese youth establishing themselves in America and beyond. Cultural heritage is both treasure and baggage for her characters as they navigate the modern, often borderless world of her deft, striking debut.

Once More We Saw Stars by Jayson Greene (Knopf, May 14)

Surviving the death of their young child is any parent’s last wish, but Once More We Saw Stars, which explores the aftermath of such a loss, manages to be hopeful as well as painful. At the book’s opening, 2-year-old Greta is seated on an Upper West Side park bench with her grandmother when a brick falls from an overhead window and hits her, leaving her unconscious. What separates this memoir from other chronicles of grief is its transcendent focus on healing and a love that feels bottomless. This is Greene’s tribute to his daughter, who will never grow up but whose beauty lives on. 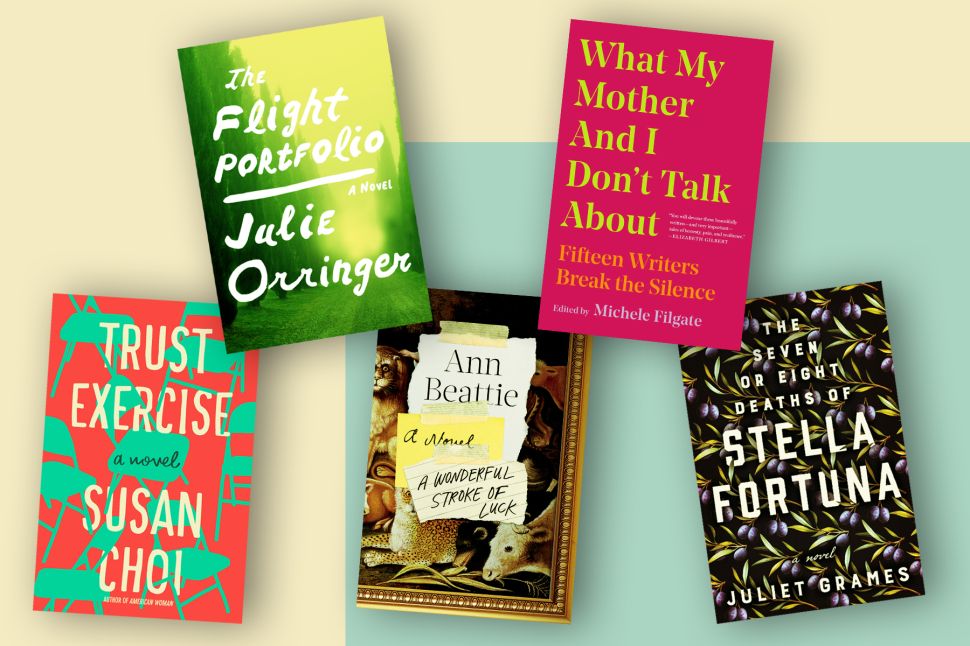