Welcome to Observer’s 2019 Spring Arts & Entertainment Preview, your comprehensive guide to the best of the season. We’ve combed through cultural offerings from across the country to bring you our picks for the events worth leaving home for, and the stuff you should be staying in for. Audiophiles should also check out our list of must-see theater, dance and opera.

The year in music usually starts with a trickle, but 2019 has already ushered in a deluge of solid new releases (hello, Ariana Grande, Sharon Van Etten and Solange!). The good news? It’s only getting better. This spring’s most anticipated albums run the gamut, with fresh tunes from indie heavy hitters and Top 40 mainstays, not to mention a few surprises along the way. Rock experimentalists Vampire Weekend and The National return with some of their best work to date. Lana Del Rey and Marina (who now seem to be best pals) give pop a jolt. Meanwhile, the future’s in good hands with buzzy records from teen goth wunderkind Billie Eilish and exuberant ingenue Lizzo. So read on, and get ready to hit “Pre-Save” on Spotify.

Rilo Kiley frontwoman Jenny Lewis sings with a stately sadness that envelops you like a patchwork quilt. The alt-country star’s fourth album features Beck and Ringo Starr, with bluegrass-tinged anthems that conjure world-weary nights in roadside dive bars, as well as peppy anthems like “Red Bull & Hennessy,” an iridescent callback to Tango in the Night–era Stevie Nicks. Just be careful with that last one. As one YouTube commenter put it: “Good song, terrible drink recommendation.”

Del Rey’s fifth album is set to be as bold as its title. Its three released tracks have clapped back at a journalist, pushed the 10-minute mark, and featured the singer self-identifying as “24-7 Sylvia Plath” (hard same) in sly yet reverent twists on American folk, indie and Woodstock-era confessionals. And if that’s not enough to sate your LDR fix, fear not: She’s also releasing a poetry book this spring, modestly priced at $1, because, she says, “my thoughts are priceless.” Never change, Lana.

Billie Eilish, When We All Fall Asleep, Where Do We Go? (March 29)

With her penchant for chugging blood and hanging out in insane asylums, Billie Eilish pulls the darkest teen dreams into vivid focus. But there’s substance behind the stunts. At 17, she’s already figured out a sound of her own—all skeletal hip-hop inspired beats and somber vocals that glide like a bird of prey. Her debut album includes quintessentially millennial song titles like “!!!!!!!” and “Xanny.” Get your Insta captions ready.

The architectural style of brutalism is defined by raw, hulking blocks of concrete, but there’s nothing leaden about Drums singer Jonny Pierce’s spry indie pop. The Florida act’s fifth album is like a self-care manual as written by a whip-smart renegade ‘80s hero, as Pierce wrestles with the realities of queer modern life. “Maybe I’m depressed, or maybe I know too much about the world,” Pierce intones in “Body Chemistry”—an all-too-real feeling for anyone addicted to their phone’s infinite scroll.

With a blockbuster duet with Normani and a Lorde-supporting tour under his belt, your mom’s favorite new R&B-pop voice is poised for an A-list breakout. “Talk,” the buoyant lead single from Free Spirit, paired the 21-year-old’s crooning vocals with a neon-coated bass line and a “Say My Name”–like video, and the Texan’s second album tempers his PG-13 come-ons with soul-searching lyrics and deep feelings.

Who’d have thought that a schmaltzy ‘90s romance would inspire spring’s most erudite indie-folk record? On her stunning fourth album, Santa Monica’s Weyes Blood imagines the iceberg of James Cameron’s Titanic as representing today’s “melting, sinking civilization,” springing off that abstract metaphor into meditative ‘70s-inspired songwriting, psychedelic reveries and hypnotic ballads that ruminate on infinite possibilities but firmly center her within them.

Here’s an undeniable incentive to brave the Record Store Day crowds this year: Evergreen cosmic psych-rockers The Flaming Lips are putting out their 15th (!) studio album, and you won’t get it elsewhere until July. It seems frontman Wayne Coyne’s taste for collaboration has stuck after his work on 2015’s Miley Cyrus and the Dead Petz—this new 12-song set is narrated by The Clash’s Mick Jones.

Can your favorite pop diva seamlessly segue from playing the flute to hitting the shoot? If not, she’ll have to play catchup to match Detroit triple threat Lizzo. Fresh from killing it on every TV talk show going with her body-posi-pop calling card “Juice,” the charismatic rapper and singer is unleashing her third album, which includes a Missy Elliott team-up, the soulful “Love on the Brain”–esque title track and the most stunning cover art of 2019 so far.

The Guardian recently called Marina one of the U.K.’s most overlooked musical exports, so don’t sleep on her swooping, piano-led latest. Split like a black-and-white cookie, the singer’s fourth full-length is composed of two eight-track halves titled “Love” and “Fear.” Expect swoony relationship anthems and dark-hearted bangers, like the grown-up pop of lead single “Handmade Heaven.”

Artists in pop’s upper echelons are prone to constant reinvention. But not Alecia Moore (a.k.a. P!nk), who consistently hones stadium-size pop-rock mid-tempos into fail-safe radio catnip. Lead single “Walk Me Home” is a rousing empowerment anthem in the vein of her past mega-hits “What About Us” and “Just Like Fire,” and she’s already broken out her famous aerial acrobatics this year. Hey, if it ain’t broke…

Vampire Weekend, Father of the Bride (May 3)

In the six years since their Grammy-winning Modern Vampires of the City, Vampire Weekend have lost a member, and frontman Ezra Koenig has dreamed up a Netflix anime series (as well as popped up on Cardi B’s Instagram). New songs like “Harmony Hall” and “Sunflower” marry his trademark sardonic wit with free-form ‘70s rock influences, pointing to a looser feel for the crew’s fourth album, which features Steve Lacy, Danielle Haim (of Haim) and Jenny Lewis. Shout out to Muji, too.

When Mac DeMarco announced his new album, a certain corner of the internet exploded with jokes about its curious similarity to Mitski’s acclaimed 2017 record, Be the Cowboy, which included the standout single, “Nobody.” She took it in good spirits; you get the feeling that DeMarco, patron saint of Vans and Parliaments, would be similarly tickled by the memes. Either way, his “Nobody” is a lonely, lizardy gem that already ranks among his best songs and foreshadows some very special things to come from the Canadian’s upcoming fifth album. “This one is my cowboy record,” DeMarco has said. “Cowboy is a term of endearment to me. I use it often when referring to people in my life.” Saddle up.

With her second album, LEGACY! LEGACY!, Jamila Woods is marking her own place in the history books while celebrating those who came before her. Through an enlivening mesh of R&B, jazz and soul, she heralds icons in tracks such as “ZORA”, “BASQUIAT” and “BALDWIN” in a subtle riposte to an account of cultural events that consigns black creativity to the margins. She pinballs from celebrating these geniuses to celebrating her own identity, like on the killer track “GIOVANNI,” in which she sings, “Black Goldilocks, yeah. My naps just right.”

Cincinnati indie heavyweights The National’s eighth album could be a landmark. Described as a “fabric of people’s identities,” the record boasts a laundry list of collaborators including Sharon Van Etten and French folk artist Mina Tindle (David Bowie collaborator Gail Ann Dorsey features on the soaring lead single “You Had Your Soul With You”). A gorgeous-looking short film, starring Oscar-winning actress Alicia Vikander and directed by 20th Century Women’s Mike Mills, will accompany the release. 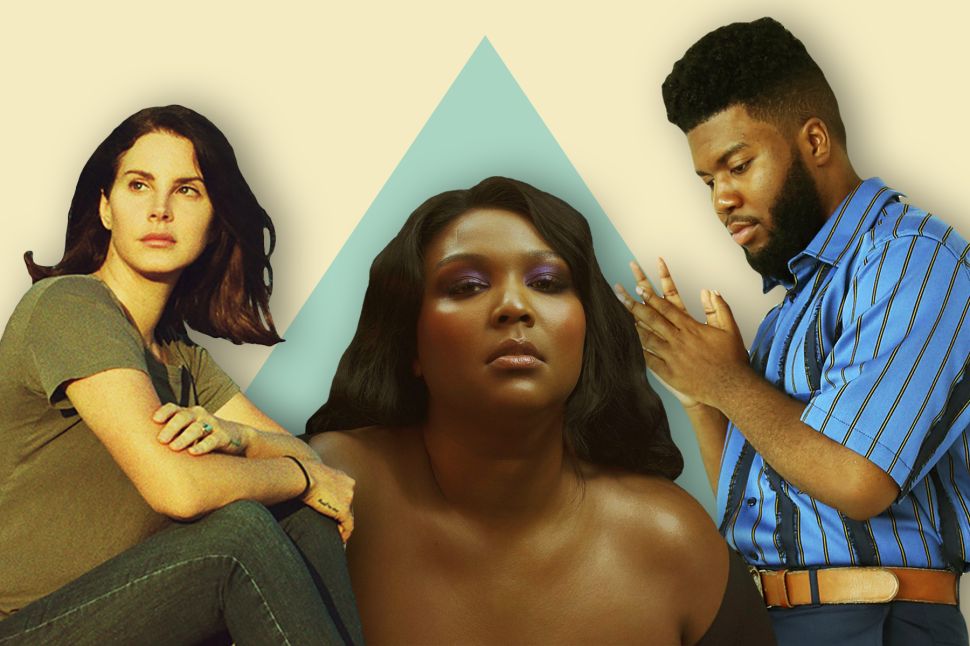