Recently, T-Mobile CEO John Legere testified before Congress about his company’s proposed merger with Sprint. Legere and Sprint executives were called before the House Energy Committee because troubling questions have been raised about this deal.

Normally, the American people aren’t kept up at night by the usual merger and acquisition activity of their businesses. But these aren’t ordinary circumstances, nor are these run-of-the-mill companies. Together Sprint and T-Mobile control access to 126 million subscribers—which gives them access to an astonishing amount of sensitive personal information and market power that, if unchecked, could lead to higher prices and poorer service for cell phone customers throughout the country.

There are three areas where regulators, congressional officials and the American public ought to probe further before allowing this deal to progress:

This merger stalled for many years because regulators recognized what was actually taking place: four competitive national wireless carriers were becoming three. That would reduce competition in one of the most important industries in the United States and could lead to job losses and higher cell phone service prices.

On the jobs front, the merger would eliminate, according to the Communications Workers of America, as many as 30,000 jobs through “redundancies.” That includes an estimated 12,600 jobs lost from T-Mobile and Sprint retail locations, 11,800 from Sprint’s Boost and T-Mobile’s MetroPCS. Another 4,500 jobs would be cut at the headquarters of both companies.

As far as price increases, an economic report by the Brattle Group filed in the FCC proceeding found that consumer prices for Sprint and T-Mobile customers would increase by 10 to 15 percent because of the merger. This report also concluded that the merger would affect all wireless customers: because of collusion between the big three remaining carriers, a merger would increase prices for all cell phone subscribers by an additional 15 to 21 percent. This isn’t a hypothetical: we have an actual example of this from Austria. There, a merger in the wireless space between H3G Austria and Orange Austria in late 2012 led to an estimated 50 to 90 percent increase in cell phone prices by 2013 and 2014. And what was one of the three remaining companies in Austria after the merger? The Austrian T-Mobile affiliate.

The issue of T-Mobile and Sprint raising prices was concerning enough that the New York Attorney General launched an investigation into potential price hikes in late 2018. But those concerns haven’t gone away, nor have they been addressed meaningfully by T-Mobile or Sprint.

T-Mobile has been a good example of why the country needs several smaller Davids in the industry as opposed to a few Goliaths. Americans have been big beneficiaries of having T-Mobile challenge its larger competitors. It was its small size and competitive spirit that led them to needle the big wireless carriers in the space into things like simpler cell phone contracts, bundled Netflix and Hulu offerings, and unrestricted data plans. But with this deal, T-Mobile will no longer have any real reason to remain aggressive, and they’ll presumably no longer fight as hard on things like price and service. That hurts all wireless customers, and it’s something regulators need to take seriously.

In 2018, the world experienced several hacks into sensitive corporate databases and leaks of people’s personal information. T-Mobile itself was hacked on August 20, and the hackers stole encrypted passwords and billing information, among other details.

Those hacks and breaches should lead us all to be more careful about the company that our companies keep. In the case of T-Mobile and Sprint, there’s real cause for alarm. Both companies have used—and seem to be continuing their use of—technology from Chinese technology firms Huawei and ZTE.

Huawei and ZTE have a well-documented history of security violations, as well as strong ties to the Chinese government. Just weeks ago, federal prosecutors announced a criminal investigation of Huawei for stealing American trade secrets, including pilfering technology from T-Mobile. And just today, a bipartisan group of Senators asked energy Secretary Rick Perry and Homeland Security Secretary Kirstjen Nielsen to investigate Huawei’s technology in America’s energy infrastructure. At a time when bipartisan lawmakers are working to ban U.S. chips and technical components to ZTE and Huawei, we must be careful not to open up a backdoor via an ill-considered merger.

We need no reminding of the security risk that Russia and its agents pose to the United States. By this point, few have any illusions about what Vladimir Putin and his government are willing to do to access Americans’ personal information and disrupt our democracy.

The T-Mobile/Sprint merger risks inviting the fox into the henhouse. T-Mobile’s parent company, Deutsche Telekom, has long-standing and concerning connections with a Russian entity, MTS. MTS has allegedly allowed Russian agents to access the private information of activists in their country. They’ve had to pay enormous fines in the U.S. for troubling dealings in Uzbekistan, and lawmakers have already urged President Donald Trump to sanction MTS’s CEO, Vladimir Yevtushenkov, for corruption.

Both companies have pushed back on these foreign connections. And they’ve pointed out that the merger passed the Treasury Department’s Committee on Foreign Investment in the U.S. (or CFIUS, for short), whose role is to investigate possible national security issues in foreign deals.

In fact, the only step that T-Mobile and Sprint needed to take to clear the CFIUS review is indicate that they would “reduce” their reliance on Huawei technology. Not disavow. Not end entirely. Just pledge to, simply, use less of a technology provider that America’s own national security agencies have deemed a threat.

We’ve been down this road before. During a merger with Softbank in 2013, Sprint stated not only that it would not use any new Huawei technology in the merged company, but that it would pull old Huawei technology out of its network. Three years later, the U.S. discovered that it had failed to make good on those promises. There’s no reason to believe that Sprint and T-Mobile will take their pledges any more seriously this time around.

What does all of this—the Russian connection, the ties to the Chinese intelligence state and the anti-competitive effects of this deal—mean for U.S. consumers? It means we need to speak up. We need to appreciate that this deal isn’t the normal give-and-take of business life. It’s a potentially landscape-altering merger that will increase the price and impair the quality of our cell phone service and, scarier still, potentially open those cell phones up to intrusion from other governments.

Sprint and T-Mobile will make many claims in favor of this merger over the next few months. And it’s up to us, and our leaders, to make sure we do what is best for the country—and not for the bottom lines of Sprint and T-Mobile’s investors. 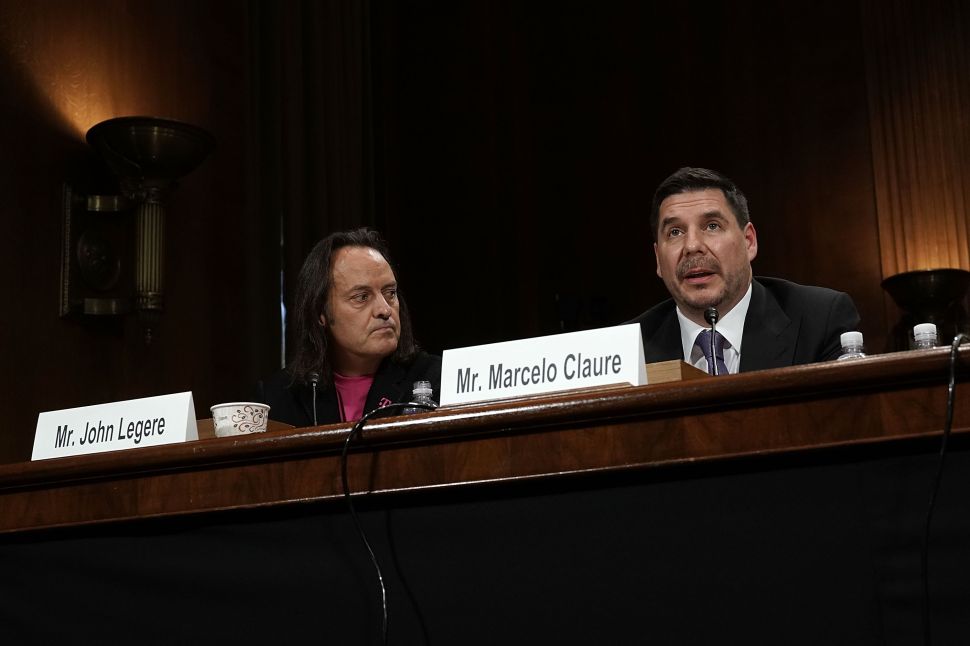