New Zealand–born director Taika Waititi is known for his offbeat sense of humor. From the oddball comedy of Hunt for the Wilderpeople to the weird and lovable Jeff Goldblum-ness of Marvel’s Thor: Ragnarok, Waititi’s films often go for the laugh in the most unconventional of ways. His next movie, Jojo Rabbit, will feature him playing an imaginary version of Adolf Hitler.

Which is to stay, his unique style doesn’t always line up with blockbuster franchise mentalities, which aim to appeal to as wide of an audience as possible. So it was a welcome surprise to learn he was helming an episode of Disney’s upcoming live-action Star Wars TV series, The Mandalorian, which will help launch the company’s streaming service, Disney+, later this year. (Other directors will include Dave Filoni, Deborah Chow, Rick Famuyiwa and Bryce Dallas Howard.)

Though Waititi won’t be able to fully indulge his kookiness in this galaxy far, far away, he’ll still bring some of his token flare. When Observer spoke to him, Jemaine Clement and Paul Simms about their upcoming FX series, What We Do in the Shadows at SXSW, Waititi discussed the fine line he has to straddle.

“There’s definitely some of the stuff I’ve learned over the years from working with [Clement] and [Simms] and everyone else back home that I have brought to my episode,” he said. “But I can’t… It’s a very sacred universe, the Star Wars universe, so I can’t do too much of it.”

Simms wisely pointed out that Marvel, which is also owned by Disney, is a similarly structured franchise that doesn’t always allow for stark departures from its formula, yet Waititi still managed to make the singular Thor: Ragnarok.

“I gotta check. Sometimes they’ll say you’ve driven the Marvel truck out of the land and off the freeway and you gotta come back now,” Waititi said of pushing the boundaries, adding that it’s a similar situation with Lucasfilm.

When asked which of the companies has the stricter guidelines, the director didn’t hesitate. “Star Wars, yeah, easily.”

While we shouldn’t expect anything as out-there as Goldblum reducing Thor’s magical kingdom to “Ass-guard,” it does sound as if Waititi’s episode of The Mandalorian will have a few cheeky moments. 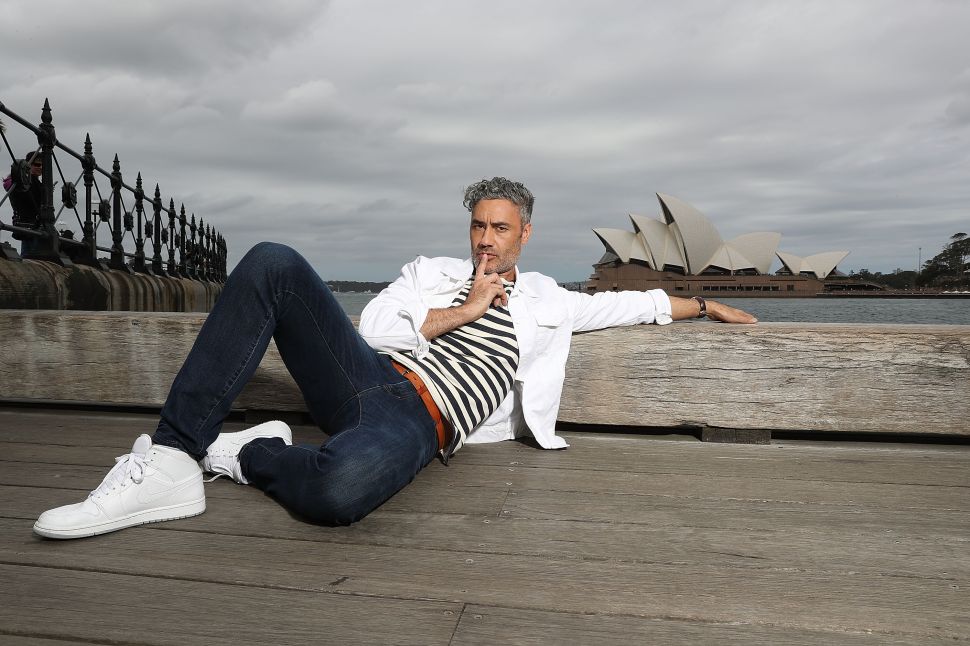