With Time Warner now under the watchful eye of AT&T, WarnerMedia chief John Stankey told HBO employees last year that he wants to see the premium cable network grow “bigger and broader” in order to better fit the scale-up model of entertainment these days. Even though his recently hired top content executive Bob Greenblatt isn’t sold on the idea of Game of Thrones spinoffs, that overall strategy has HBO hunting for more franchise opportunities. That’s why Big Little Lies is getting a second season. That’s why talks are ongoing about continuing The Night Of. It’s also why there continues to be buzz around a potential second season of last summer’s gripping Sharp Objects.

Producer, writer and director Marti Noxon served as the first keynote at SXSW, which Observer was in attendance for, where she discussed a multitude of topics both personal and revealing as well as related to the entertainment industry at large. Although HBO president of programming Casey Bloys has previously said a second season of Sharp Objects isn’t in development, Noxon sounds more than open to returning to the world based on author Gillian Flynn’s novel of the same name.

“Maybe there will be a sequel, maybe we’ll get to find out [more about Adora and Camille’s sister],” Noxon said. “Gillian and I have thoughts on it.”

For those that have yet to dive in to the series, it follows Amy Adams’ alcoholic reporter Camille who returns to her hometown—where her controlling mother and little sister live—to investigate a murder. Noxon spoke openly about her own history of substance abuse and stated matter of factly, “I did Sharp Objects to get inside addiction.”

Originally, Blumhouse Productions—which also produced Jordan Peele’s latest point-of-view shaping horror film Us—was intent on adapting Flynn’s novel as a film. But drawn to the material, Noxon said she hounded the company for years to alter their approach. “I told them the film won’t get seen. For whatever reason, film has a hard time selling difficult women and TV doesn’t,” she said.

As part of her self-described “Self-Harm trilogy,” which also includes the eating disorder feature To the Bone and the self-image dramedy Dietland, Sharp Objects is meant to touch on marginalized issues. When discussing alcoholism, anorexia and addiction, Noxon said, “I want to continue talking about issues that have been ‘othered.’ … Everything I do are social issues wrapped in a genre container.”

Ultimately, the storyteller believes portraying these ideas on screen can be a gateway to inspiring new ways of thinking about previously hushed topics and groups of people. “Stories can change the way we move in the world which ripples outward. Wonder Woman changes us, Black Panther changes us…stories represent change.” 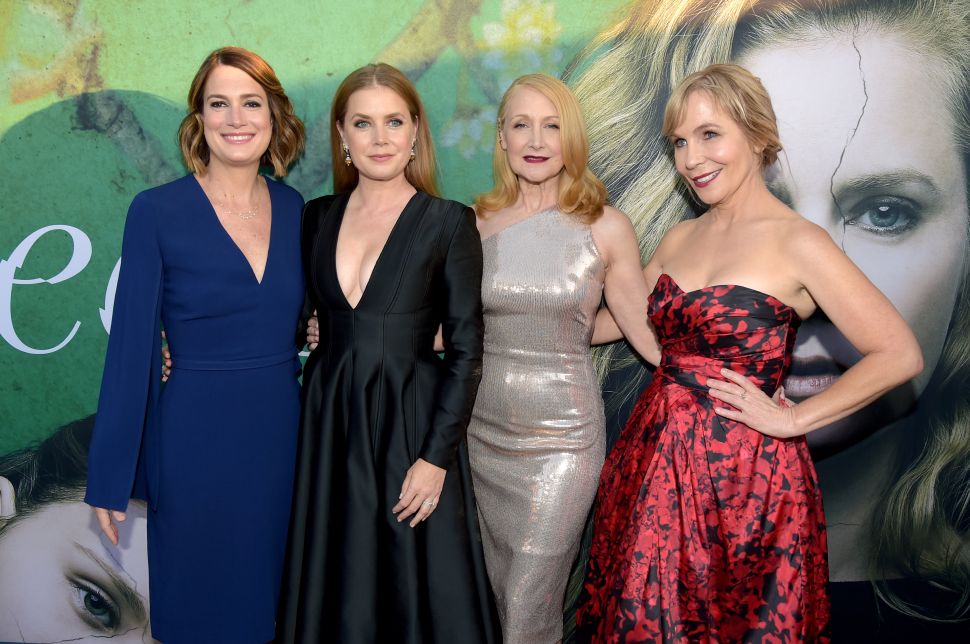