The SXSW Film Festival can be a launching pad for what will one day become high-profile movies. Last year, Steven Spielberg’s pop-culture-infused blockbuster Ready Player One and John Krasinski’s sleeper horror hit A Quiet Place debuted in Austin to much fanfare. This year, Jordan Peele’s highly anticipated Get Out follow-up, Us, claimed the coveted opening-night spot, and for good reason—it’s great. But the event is also a fertile ground for targeting promising filmmakers, directors who may not have the same name power as a Spielberg or Peele, but who are producing really captivating work under the radar.

Case in point: Dan Berk and Robert Olsen, who debuted their dark comedy, Villains, at SXSW this year. We saw the movie, which stars Bill Skarsgård, Maika Monroe, Jeffrey Donovan and Kyra Sedgwick, and can confidently confirm that it is perversely hilarious. Propelled by character-driven humor rather than your standard setup-and-punchline formula, the entire cast soars through its absurdist shenanigans with just the right amount of pathos. Berk and Olsen cleverly frame a taut tale about amateur criminals breaking into a suburban home only to stumble upon a dark secret. They also deserve credit for crafting an enjoyable movie that largely takes place in one location, which keeps costs down. Hollywood, these guys are talented and economical.

Soon after the film screened at SXSW, Observer spoke to the pair about how they cast Skarsgård, known mostly for his villainous roles, in a dark comedy; how they injected a potentially gruesome script with plenty of laughs; and how to sell less mainstream ideas in a commercially driven era.

Observer: The humor in Villains is very character-driven. How did you weave so much of that into a script that can get pretty dark?
Berk: Well, it’s kind of this thing where the heart of the film is sort of circulating the same idea. We knew we were trying to hit something where you were laughing. But you still want your space to be grounded and real—where at the end of the film, people aren’t snickering or, god forbid, aren’t sucked into the emotional gravity of what they are seeing on the screen. You want them to be crying when the movie finishes. So it’s tough to do.

How did you sell this film? What did you say to pitch this at the studio level?
Berk: We pride ourselves on sort of understanding what studios are looking for in a commercial way. I think a lot of filmmakers, really indie filmmakers early in their careers, think of the idea of a film’s commercial prospect as an icky think to discuss. They think it’s like selling out. But to create a commercial idea is simply to say that it’s something that a lot of people are going to like and want.

It was important to us from the very early stages that Villains would be a vessel for us to put our unique print on a story, but that vessel would also be undeniably commercial. It’s a simple elevator pitch even without the nuance or any specific plot points: A couple of people break into a house and find a 10-year-old girl locked up in a basement. If you throw that logline out there at somebody, their eyes widen a little and they want to know more.

Olsen: In a more specific way, if you’re asking, “What now?” in terms of marketing, it’s kind of out of our hands at this point. We’re not producers. There are some very talented people whose job it is to make sure the tone of the movie is properly communicated throughout the marketing and all of that. If it were up to us, you can kind of let the style and a little bit of the plot speak for itself. Our favorite trailers are always the ones that don’t give you too much of the story and just give you a better sense of the tone… You want to walk that line of making it feel like this is a unique film that isn’t a movie that you’re just going to see and never think about again. Hopefully, it’s something that stays with you for a while.

Bill Skarsgård is known more for playing creepy villains than for comedic roles. What made you think of him for this role?
Olsen: We were picturing someone in our head, and every time we sort of tried to cast them we’d think of factors that don’t really exist anymore. Like this extinct dinosaur of the young, late-’80s and early-’90s heartthrobs. The River Phoenix, the young Johnny Depp. Slicked-back hair, jean jacket. A lanky, handsome, goofy guy. It was just something that we could not find.

Then when Bill Skarsgård came into the picture—and his name was brought to us by our producer Allan Mandelbaum—we thought, Yes, he is the exact profile, but you know he’s only ever done these more scary things. When we Skyped with him and saw how much charisma there was in him and all of his leading-man abilities, we realized this guy was incredible. You can’t take your eyes off him on screen—he has the most giant, expressive eyes. He’s such a dancer up there, and it’s pretty special to watch.

What’s your dream project?
Olsen: Without getting into any specific properties or anything like that, I think in general we’ve always been attracted to and would love to do a big sci-fi or fantasy.

Berk: I think we can get into a slightly specific property: The Eyes of the Dragon, one of the first Stephen King books I read—Bobby had the same relationship with it. It’s just this little book that would be such a fun film, with another limited location—a fantasy setting. It has all the great Stephen King flares that we love. That would be a fun project to take on for sure, but we have no idea who owns the rights. So if anyone’s seeing this, we’re open.

Villains is still seeking a distributor. 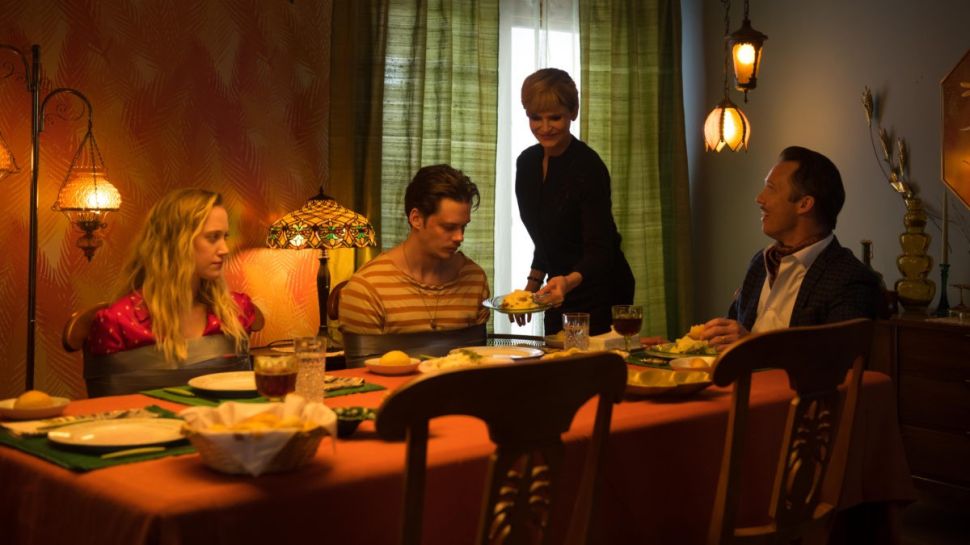