Public health debates are no fun without a looming crisis or “epidemic.” Hysteria provides bureaucrats with something to do and gives activists a reason to get up and panic every morning. But it obfuscates real problems and obstructs objective application of science, appropriate legislative or regulatory solutions, and rational public debate.

Never was this truer than in the current conversation about teens and e-cigarettes.

Vaccine hysteria in the early 2000s was prompted by one completely bogus study by a dishonest “researcher.” It filled parents with fear that vaccines cause the nightmare that is autism.

Twenty years hence, despite assurances from governments agencies and researchers around the world, some remain convinced vaccines cause autism. Billions in critical research was wasted—on a lie.

With the help of the FDA and health crisis panic activists, parents are now bombarded with confusing messages about vaping among teens. “What are the health implications?” “Is it worse that cigarettes?”

There is no stakeholder or observer in the teen vaping debate who thinks teens should be allowed to use e-cigarettes. That includes vaping manufacturers, government entities and most importantly, parents.

It is important to look critically at emerging data and take steps to keep teens from using the combustible tobacco products that are a proven, demonstrable health threat, while also blocking their access to vaping products.

Federal law currently prohibits the purchase of vaping products by persons under 18. Forty-eight states have additional enforcement provisions. Three have raised the legal vaping age to 19; five increased it to 21 with several others considering increases.

The problem? As with every other law on the books—obeying it. It is illegal to sell used cribs, but people do. Until 2016, it was illegal to sing “Happy Birthday” in public, but everyone did. Just like alcohol and tobacco, retailers are breaking the law by selling to minors.

In recent years, the public has demanded a crackdown on the sale of alcohol to minors. Police run stings, retail employees can be fined or given jail time and businesses can lose operating licenses if minors are served. The same applies to the sale of tobacco products and should include vaping products.

A valid ID is already required to purchase e-cigarettes. The FDA has suggested anyone purchasing a flavored vaping product (preferred by teens) must enter a separate door at stores and held in ID jail until their age is confirmed. The FDA claims this is not an e-cigarette “ban,” but in practice, it is. There are 153,257 convenience stores in the U.S.—imagine the cost to customers of adding vaping purchase doors. It is dishonest of the FDA to pretend this is rational.

And why cripple overall sales of a product even outgoing FDA Administrator Scott Gottlieb admits is a useful method for adult smoking cessation?

In a 2017 Marist Yahoo poll, parents named smoking as their biggest concern for their children—greater than alcohol, pot and sex. The real issues to be addressed are why teens start smoking in the first place, and what parents can do to prevent them from starting.

The two main indicators driving tobacco use by teens are availability of product and tobacco use by one or more of their parents. Availability is addressed by enforcement of current law. An extensive study by the American Journal of Public Health determined that parents who smoke are far more likely to have kids who smoke. Therefore, reduced smoking among adults leads to reduced smoking among teens. According to a recent study by England’s Public Health Service, an effective way for an adult to stop smoking is by using an e-cigarette.

Smoking is the leading cause of death from otherwise preventable disease. According to a New York University study, if adult smokers switched to vaping, it would save more than 6.6 million lives in 10 years.

As a parent, smoking was always a great concern for me as well. Given the choice, I would rather my children be vapers than smokers who can unnecessarily develop cancer or heart disease and die prematurely. The mom in me wants to fine every retail clerk in America who illegally sells e-cigarettes to minors. The policy analyst in me recognizes vaping is a successful tool for smoking cessation.

In summary, teenagers should not be allowed to purchase e-cigarettes. Vaping is far less dangerous than smoking. Vaping helps with not smoking. Local authorities should enforce existing laws banning the purchase of vaping products by minors. Retailers must be penalized for non-compliance.

Smokers should be encouraged to vape, and the FDA should focus on the opioid crisis and speeding up drug approvals. Local jurisdictions should handle enforcement actions.

After removing the Chicken Little approach, some public policy debates are just that simple.

Kerri Toloczko is a Senior Policy Fellow at Institute for Liberty, a public policy organization dedicated to limited government, free enterprise and individual pursuit of the American dream. 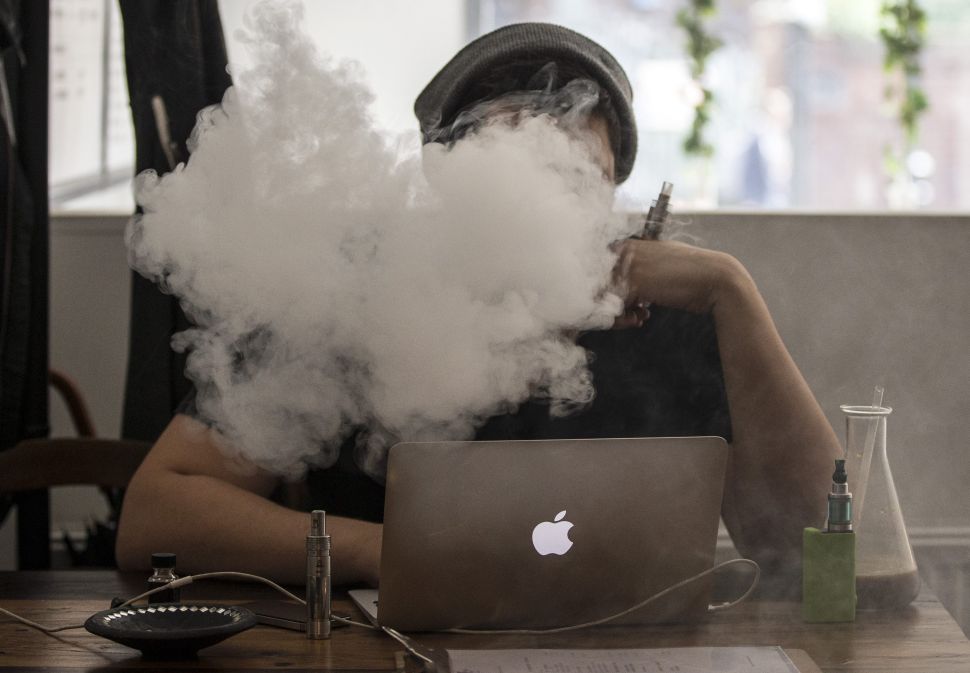