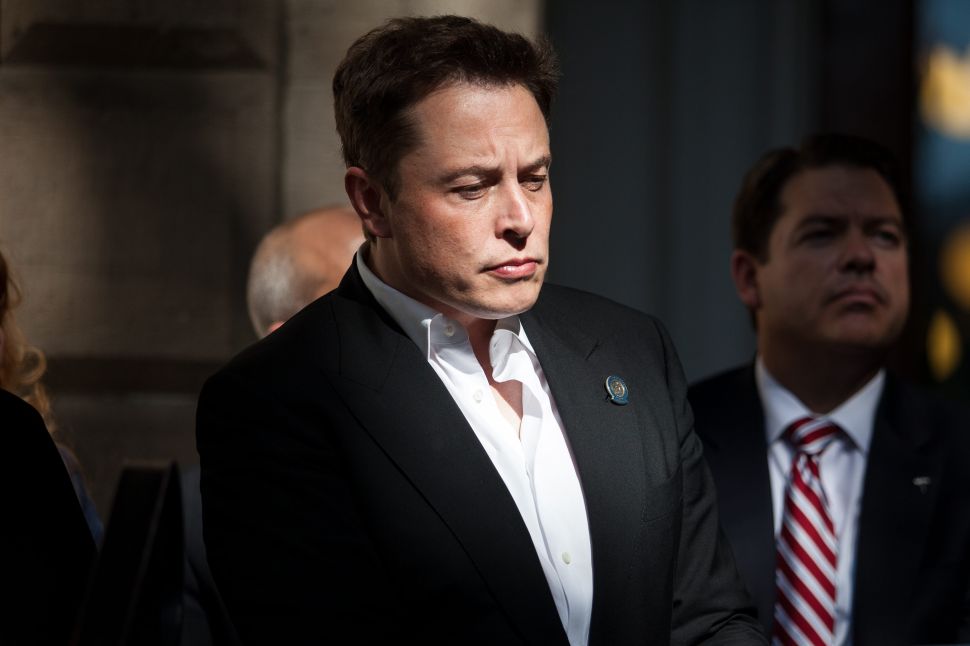 At the end of Elon Musk’s SEC saga last year, he agreed to step down as Tesla’s board chairman. Max Whittaker/Getty Images

If you ran a poll among Tesla shareholders six months ago on their opinions about Tesla’s leadership, a great percentage would agree that Elon Musk, both CEO and board chairman at the time, held too much power as the head of a public company for the kind of leader he was. Then, as many of them had hoped, Musk was replaced as board chairman last October as part of an SEC settlement over his series of impulsive tweets about sensitive Tesla information two months earlier.

But last month, questions over Musk’s leadership surfaced again after the SEC asked a federal judge to hold him in contempt of court for tweeting about Tesla’s production goals, which the SEC said could be considered misleading information if the company failed to deliver.

Now that Musk appears to have learned nothing from his last debacle with the securities regulator, some Tesla investors—as well as mere onlookers—are wondering whether Musk should be ousted as CEO altogether.

“We wouldn’t be against him having a different role. I don’t think he needs to be CEO,” James Anderson, a partner at investment firm Baillie Gifford, said in an interview with Barron’s on Tuesday.

Baillie Gifford owns 7.7 percent of Tesla shares, according to Bloomberg data, making it the second largest shareholder of the electric carmaker second only to Musk himself.

Anderson acknowledged that Musk is essential to Tesla, but said he might be better suited for a different role, such as “chief ideologue.”

In another interview with Bloomberg on Tuesday, Anderson said Musk should be “enabled to step back from having to feel so driven to comment.”

“You can be in the background,” Anderson said. “I can’t remember the last time that Jeff Bezos turned up on a quarterly call, let alone felt the need to talk about analysts, even though I suspect he’s got some quite big thoughts about them.”