Fame, sex, drugs, beauty and power define the Britney Spears discography, whose themes run the gamut: womanhood, isolation, defiance in the face of staunch criticism. The artist herself has long been a magnet for Edwardian-caliber drama, so it makes perfect sense that this week theater impresario James L. Nederlander announced that he would be producing Once Upon a One More Time, a jukebox musical set to the beat of Britney’s hits. The show will be introduced to the public in Chicago in fall of this year, and Nederlander seeks to eventually bring the production to the hallowed halls of Broadway.

We all know that Spears’ life has been, at times, painful and turbulent. However, the Princess of Pop always seems to pull herself out of a dive with redemptive albums and steps toward a healthier personal life. These dramatic shifts from tragedy to hope seem like ripe material for a stage adaptation, but puzzlingly, Once Upon a One More Time is not a take on Spears’ own experiences but rather a somewhat high-concept tale involving canonically beloved princesses of a different sort.

According to The New York Times, the musical follows Cinderella, Sleeping Beauty, Rapunzel and Snow White, all of whom are in a book club together. They spend their time reading (what else?) Grimms’ fairy tales, but they’re getting sick of the material. Suddenly, a beatific fairy godmother bestows them with The Feminine Mystique by Betty Friedan… and the enlightenment begins.

All the while, presumably, Britney classics will be blaring. We predict that “…Baby One More Time” will be the song that helps the princesses discover sex positivity, while “Work Bitch” will serve as a cautionary anthem about the pitfalls of capitalism.

“These women have been in this hermetically sealed world, and then they start to get deeper into modern ideas—second- and third-wave feminism—and also explore how stories are passed down to us, and where we get our norms from,” Jon Hartmere, who wrote the play’s book, told the Times. “But it’s also superfun and funny.”

That’s all well and good, but it still seems like an enormous missed opportunity to forego spinning Spears’ fascinating life into an inspiring musical biopic—at this point, she needs her own Walk the Line.

A woman who lived in a hermetically sealed world only to be thrown headlong into the stark-high beams of a crazy, cruel reality? Who’s that, if not Britney Spears? The woman shaved her damn head and whacked a photographer’s car with an umbrella, for crying out loud. Shit, she deserves the Amadeus treatment. 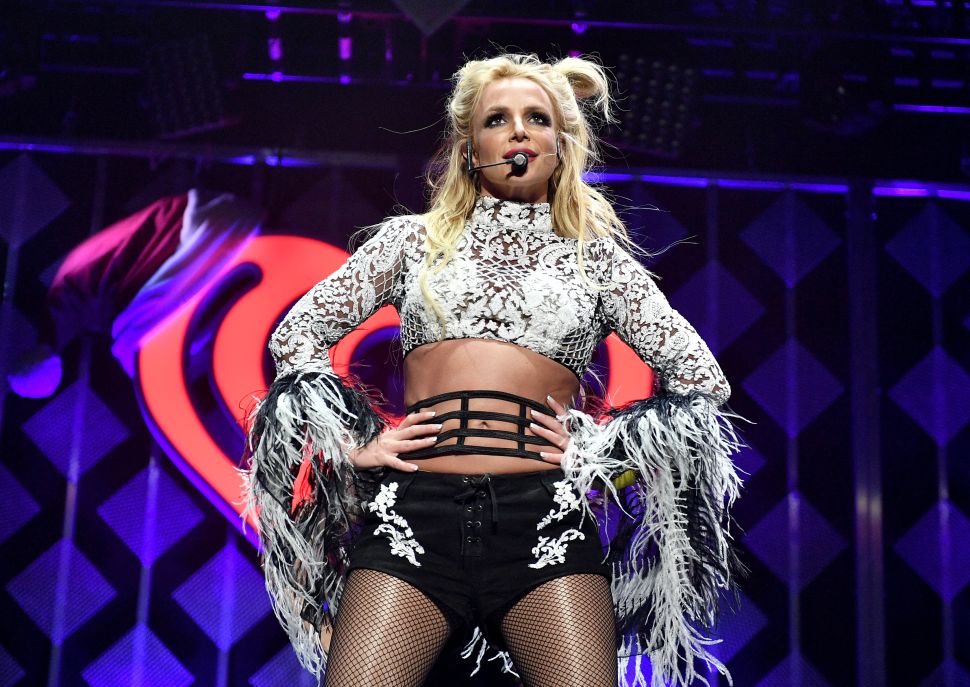