To paraphrase the wise prophet DMX—it ain’t what you heard, it’s what you’re hearing. In Hollywood circles, talk over the past year regarding Lauren Cohan’s future as Maggie on AMC’s The Walking Dead has been pretty negative. She hasn’t appeared on the show since last November, and thanks to her starring role on ABC’s new series Whiskey Cavalier, many assumed she’d never return to her merry band of zombie slayers. However, Cohan herself sounds far more optimistic than your average arm-chair analyst (ourselves included).

While appearing on Wednesday’s episode of Busy Tonight with host Busy Philipps, Cohan admitted that she missed The Walking Dead and is angling to return at some point.

“I’m not done,” she told Philipps. “We’re hoping we go back. It’s just trying to live in the unknown…ing, the unknowing-ning, yeah.”

We’re not entirely sure that’s English, but it does seem to back up what showrunner Angela Kang and chief content officer Scott Gimple have said regarding the actress’ future on the series. After the midseason finale, the pair released a statement that read: “Maggie’s last episode this season was 905. But it isn’t the end of Maggie’s story. We love Lauren Cohan and hope to have her back on the big program and/or beyond, and we have built a story to service that.”

In early 2018, it was reported that Cohan and AMC were far apart in their negotiations for the series’ ninth season. Whiskey Cavalier, meanwhile, premiered to 4.7 million live viewers last week, before adding 2.69 million viewers when accounting for live-plus-three ratings. That’s a rock-solid debut, and if the numbers hold throughout the show’s first season, Cohan’s camp will undoubtedly use it as leverage for any future contract talks. Still, hearing it straight (though in a slightly muddled way) from Cohan, it sounds as if Maggie’s time on The Walking Dead isn’t over yet. 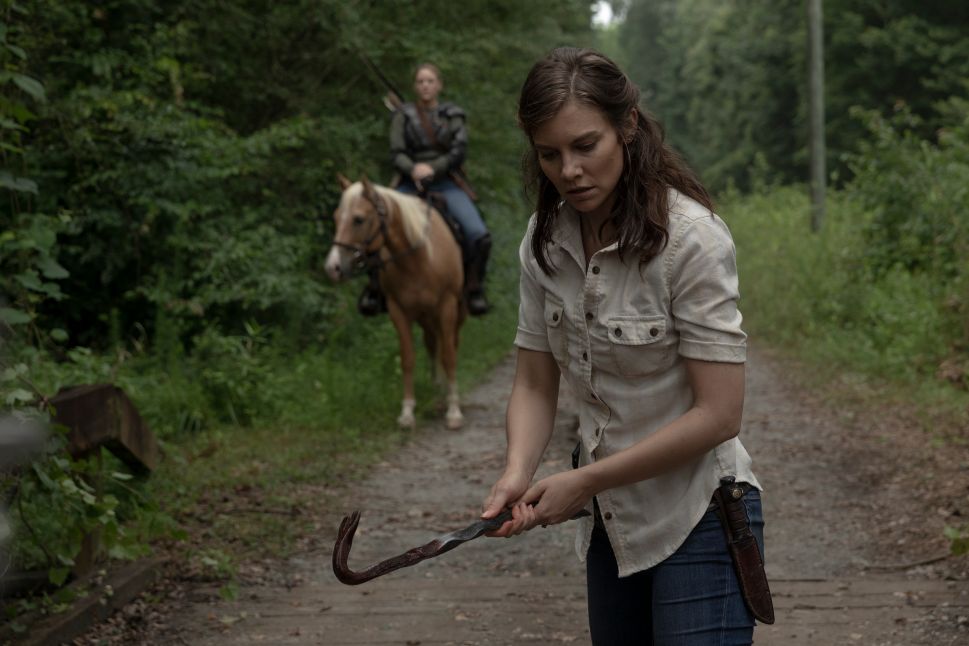