Old Forester Bourbon Whisky has been around since the 1870s, officially making it America’s oldest bourbon product, but Jackie Zykan’s role in the company is a decidedly modern one. After more than a century of consistency, Old Forester is modifying its roster with the addition of 100 proof rye whisky—and she’s been instrumental in the process.

This supplementation to the core product was born out of Old Forester’s desire to experiment with something not strictly within its comfort zone. As the brand’s master taster, Zykan plays a pivotal role in almost every stage of product development, and her understanding of the key ingredients that make liquor sing doesn’t solely have to do with flavor detection and recipe adjustments—her professional background includes both a scientific education and expertise in business.

Zykan recently spoke to Observer about the work that goes into concocting a delicious whisky and her methods for developing a refined, discerning palate.

Observer: How did Old Forester start producing rye whisky?
Zykan: Old Forester is a Kentucky straight bourbon whisky. That is the brand, that is what we make, that is what we are known for. It’s a very historic brand. Next year we’re actually celebrating our 150th birthday, but it doesn’t seem like a lot [when] there are a lot of brands out there that say, like, ‘Oh, our business started in 17-whatever, 18-whatever.’ This is the only brand that has never changed hands, and the same family still owns it, so it really just goes to show how important it is as a founding brand of the entire company of Brown-Forman.

We’ve been making the same consistent mash bill bourbon since prohibition—pre-prohibition mash bill was sort of a free-for-all. When I say “mash bill recipe,” I just mean the proportion of grains that are going into the beer that we’re then going to distill and turn into whisky. It’s not that we weren’t making it, it’s just that it wasn’t necessarily as regulated as it is now. But this is the first time we’ve actually done something that’s not a bourbon.

I was actually about to ask you what “mash bill” meant.
It’s a grain recipe, so if you take a bunch of fruit and add yeast and let it ferment and then you run it through a still, you end up with brandy. If you do that with agave, you end up with tequila. You do it with sugar cane products, and you end up with rum; you do it with cereal grains, you end up with whisky. So when we talk about mash bill, it’s really just a different proportion of what grains are going to make that beer that we then end up distilling and putting into a barrel.

And what, basically, is the difference taste-wise between rye and whisky, or the way it can be served?
Are you familiar with the Manhattan?

Yep.
That is a flagship rye-based cocktail. A Sazerac is another one. And really with rye, the sky’s the limit. In general, rye tends to have a little bit of a spicier and more herbaceous flavor profile than bourbon. Bourbon tends to be a little bit sweeter because of the high amount of corn, so you can use it in anything. For those people out there who actually prefer really spicy bourbon whiskies, because they do exist, [there are] high rye bourbons. Rye whisky just goes hand in hand with that.

I’m curious—what ranks do you have to rise in your industry to get your tasting job?
I’ve been in Louisville almost nine years now. I was in St Louis, Missouri, prior to that for 24-plus years, so I worked my way into it from the bar side of the industry, actually. I rose through the ranks up to a beverage director position for a little regional chain that’s based here, and so I opened up all of their stuff and then trained with a master sommelier. When you’re buying for large groups, you’re going to have to taste and learn everything.

But other than that, I fell into this opportunity. They needed somebody that could be both on that side of the business and also the production side. My parents are so proud I can finally use my college degree—biology and chemistry were my focus in college.

What advice would you give to a novice who wants to develop their palate?
One of the biggest challenges for people is not only articulating what all the different notes are, but feeling pressure that they have to. If you’ve never smelled a cinnamon stick, you’re never going to smell a glass of whisky and go, “I get cinnamon stick,” because you haven’t established that in your bank of memories for aromatics yet. So if you want to get better at picking things out, I’m going to say you need to smell every candle you come across. I actually take my 5-year-old to Target to the candle aisle. His sensory training has already begun—I test him on what all the candles are. It’s so funny.

But yeah, go to the grocery store, go to the market, smell and taste everything, try everything. Try all sorts of seasonings and spices, because that’s really going to build a base. And desserts, because then it’s not just, “OK, I kind of smell vanilla.” OK, great. But is it icing, is it vanilla bean, is it woody or is it sickeningly sweet? Is it buttercream-y? So you start developing it based on what you’ve smelled and tasted in your life—that’s where those terms come from. It’s differentiating flavor profiles, and training memory and taste buds to connect and work together.

So it’s not about being able to discern one type of alcohol from another—that’s like step 20. It’s about detecting base notes, like with a perfume or something.
Exactly, and interestingly enough, that’s actually my next step in terms of my development in this position: actually studying under a couple of master perfumers to really fine-tune and revisit some of that stuff and the way things interact together. Because then you get into blending, and blending is a completely different beast. One plus one does not equal two in blending—it’s very different. But yeah, it’s all connected. It’s all aroma.

I’m trying to imagine what studying under a master perfumer would be like.
I’m sure you leave smelling fantastic. 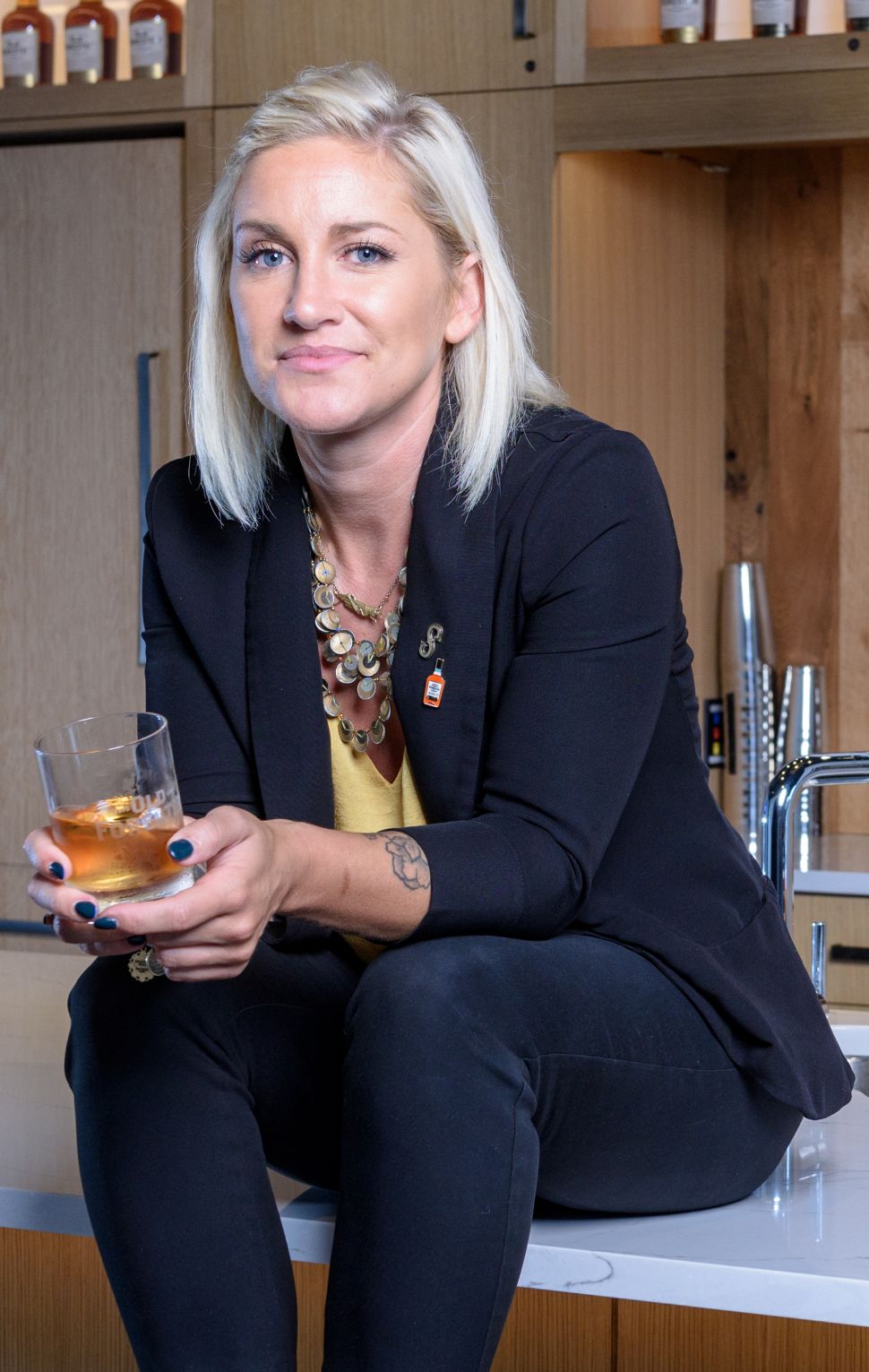