The World Wide Web, now ubiquitously known as the internet, turns 30 today. And, just like most growing things, the technology infrastructure that powers almost every communication and work tool we use has changed beyond even its very inventor’s recognition.

“Whoops! The web is not the web we wanted in every respect,” said British computer scientist Sir Tim Berners-Lee, who built the first version of the World Wide Web in 1989, at the “Web@30” conference at the European Organization for Nuclear Research (CERN) on Tuesday.

For the past decade, Berners-Lee has published an open letter every March 12, taking the WWW’s anniversary as an opportunity to voice his opinions and concerns on the emerging issues facing our increasingly internet-reliant society. His past talking points included the dominating power of supersize tech companies, misinformation and intrusion to privacy.

This year, outside his regular annual writing, the 63-year-old scientist made an onstage appearance at his old employer, CERN, to reiterate the idea of the “Contract for the Web,” a framework to govern the use of the internet he first proposed in November 2018.

“The Contract for the Web is about sitting down in working groups with other people who signed up, and to say, ‘OK, let’s work out what this really means,'” Berners-Lee said.

The Contract for the Web seeks a collaboration among governments, companies and citizens. Under the framework, governments are tasked to ensure the internet’s availability to every one and its respect to privacy; on the premise of privacy protection, companies are to make sure that the internet is affordable and prioritize the public good over profit when developing new technology; and finally, citizens should respect “civil discourse” when using it.

Berners-Lee worked at CERN in the 1980s as a young software engineer. Speaking to reporters on Monday, he said he came up with the idea of the World Wide Web thanks to a “random program” ordered by his old boss at CERN, Mike Sendall.

In 1989, Sendall wanted a pretext tool to use the then-new Next computer by Apple for his research and asked Berners-Lee to “pick a random program to develop on it… Why don’t you do that hypertext thing?” Berners-Lee recalled.

The “hypertext thing” eventually became the “http” protocol that we’d use in front of web addresses. In 1990, Berners-Lee released what we know today as the first web browser, which could use the “http” system to retrieve text and small images. 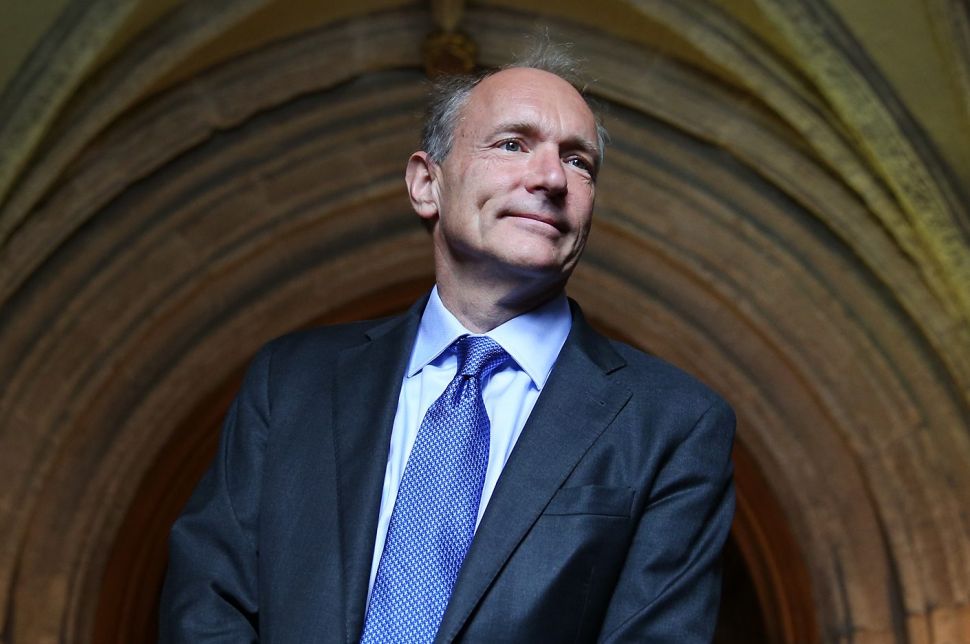