A monkey performing Hamlet. A troop of circus performers conducting a late-night jailbreak. A silver-haired Michael Keaton and a top-hatted Danny DeVito haggling in a wheat field behind the Big Top.

Tim Burton creates epic moments of visual poetry in the new live action Dumbo; many of them are as bright, glossy, and as full of pop Americana as a Jeff Koons sculpture. So why does it all feel so safe?

You would think—or perhaps simply hope—that the combination of Disney’s weirdest cartoon and the art school goth who long ago made mega budget extravaganzas safe for the likes of Guillermo del Toro and Taika Waititi, couldn’t help but result in something a little odd and twisted. Instead, Burton’s riff on the elephant that could fly and the circus freaks who love him is about as subversive as a Pottery Barn Kids fall catalog. Which is not to say it isn’t beautiful, and sometimes mesmerizingly so.

Most of that beauty comes not from its theme but its stellar costume, makeup and production design as well as a few visual flights of fancy. Burton’s camera, for example, is most effective when it takes an anamorphic, flying elephant P.O.V. Otherwise, Dumbo is pretty standard issue, with corporate necessity seemingly dictating Burton rather than the other way around. In telling the story of a baby elephant with beach towel ears, the remake does perhaps a little too good a job of scrubbing up the messy bits that made the original such a trip. (There are no crows and no drunk Dumbo, though the pink dancing elephants make a clever appearance.)

The acting is a curious mix of understated and rococo. As a onetime main attraction who returns from the Great War a widower missing his left arm, Colin Farrell as Holt Ferrier is the picture of masculine restraint. By contrast, his over-the-top counterweight—Michael Keaton’s businessman who makes the titular elephant the centerpiece of an amusement empire that resembles a steampunk Disneyland—is just a few headpins short of Beetlejuice.

There is a point to be made here about the corporate sublimation of outsider; unfortunately, the film stops short of making it. Indeed, there are only a handful of moments where Burton is able to firmly place Dumbo (and Dumbo) on the Scissorhands-to-Frankenweenie outsider freak continuum that is his calling card. You get a sting under your skin early on when Dumbo is first introduced to the jeering crowd to shouts of “Shoot him!” and “He’s a freak!” But for the most part, you never get the sense that Burton connects to or completely empathizes with his C.G.I. main attraction, which, unlike his typical creations, has been engineered, with its Hummel Doll eyes and Betty Boop lashes, for maximum—and mainstream—cuteness.

Still, for the few and the proud that count 1992’s Batman Returns as one of their favorite all-time superhero flicks, it is thrilling to see Burton, Keaton, DeVito and composer Danny Elfman back in the same sandbox together, with each of them having a blast. (My god, I have never so badly wanted Michelle Pfeiffer to make a cameo appearance in a movie; why couldn’t she have played Alan Arkin’s part?)

By the end though, it feels a little like reuniting with your high school band some 30 years hence, where one of them became a corporate lawyer and filled their garage with vintage Fender guitars, a deluxe model train set, and just about every other toy money could buy. Sure, the jam session becomes less about art than it does about equipment; but, still, it’s fun to play. 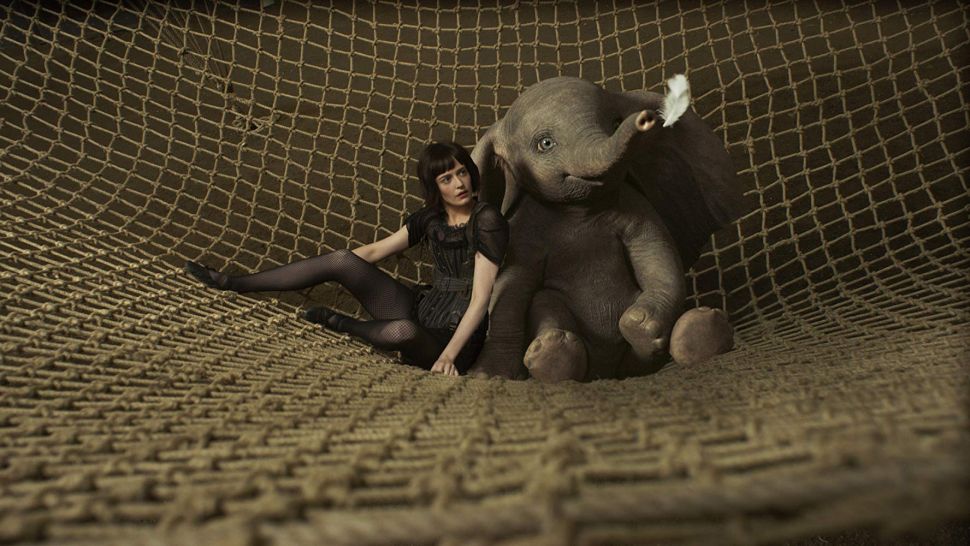