“When he wants to recharge, he connects to his base here at CPAC!” Conservative Political Action Conference (CPAC) chair Matt Schlapp said ahead of introducing President Donald Trump.

Recharge the president did. In a wide-sweeping speech at CPAC, Trump lambasted old and new foe alike to a smattering of “Lock her up!” and “Build the wall!” chants.

“They try to take you out with bullshit,” said the president about the Russia investigation, later mocking his former Attorney General Jeff Sessions in a Southern accent. “Robert Mueller never received a vote and neither did the person who appointed him.”

“We reject oppressive speech codes, censorship, political correctness, and every other attempt by the hard left to stop people from challenging ridiculous and dangerous ideas,” said the president.

Citing free speech laws, Trump said universities would risk losing federal funding if they failed to protect conservatives’ right to their viewpoints. To further make his point, he brought up Hayden Williams—a field representative of the Leadership Institute who was physically assaulted last month at the University of Berkeley’s campus.

“He took a hard punch in the face for all of us,” said Trump.

While few details are known on the order, the move would become the Trump administration’s latest policy aimed at curbing the influence exerted by colleges and universities. The Republican-led overhaul of the U.S. tax system in 2017 included a 1.4 percent tax on university’s endowment funds. 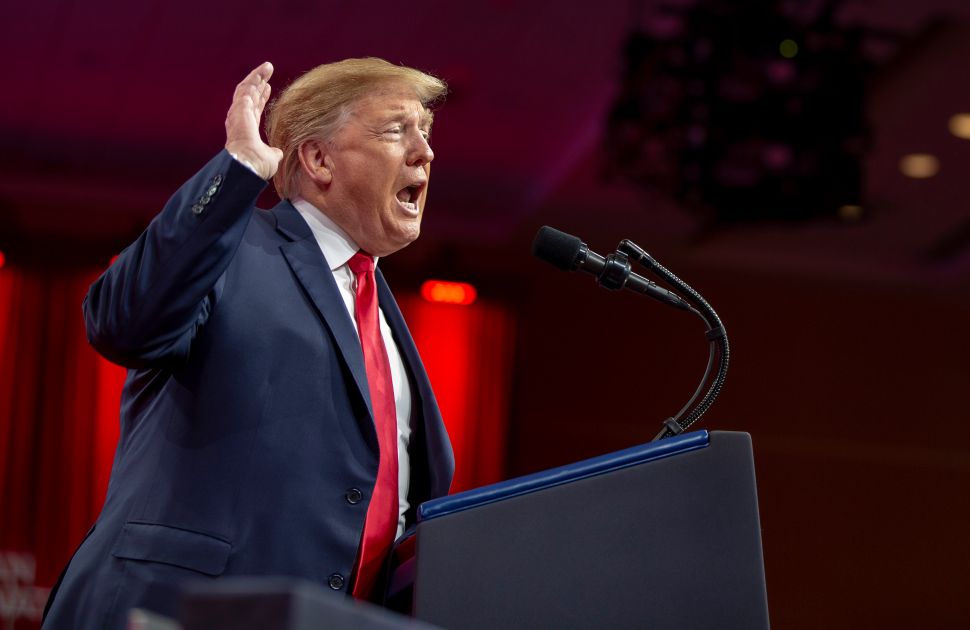