President Donald Trump’s restrictions on transgender troops in the military will go into effect on April 12, according to a memo released by the Pentagon on Tuesday night. Prospective soldiers who have already transitioned from their “biological sex” to another gender will soon be ineligible for military service—though the law does exempt transgender troops who are already openly serving following legislation passed by former President Barack Obama.

“Under the new policy, if they transitioned prior, they would not be eligible for accession into the military,” one Trump administration official said on a call about the president’s initiative, according to Buzzfeed News. “I really don’t get any logic to how this gets you to ‘this is a ban on transgender service.'”

The restrictions harken back to the Pentagon’s former ‘Don’t Ask, Don’t Tell’ policy—in which the U.S. government prohibited openly gay soldiers from serving in the military, but did not discriminate against closeted personnel. On the call with reporters, the Trump official added that troops could come out as transgender, provided they had not already underwent transition procedures and would not undergo procedures while serving. However, many LGBTQ activist groups worry this government initiative could have more far-reaching consequences than the 1993 Clinton policy, given that it may require some transgender members to go back into hiding.

“On the surface it’s similar in that if you’re a transgender service member who has not come out to your unit and is not in transition, then you can presumably continue to hide and serve as your inauthentic self and get by. But even that is a really bad way to run the military,” Zeke Stokes, a representative at the Gay and Lesbian Alliance Against Defamation (GLAAD) organization who previously helped lobby against ‘Don’t Ask, Don’t Tell,’ told Observer. “The psychological impact it takes on a service member to live a life at work that is different than the life they need to be living to be authentic is very damaging to military readiness.”

Stokes noted that ‘Don’t Ask, Don’t Tell’ led to witch hunts in the military—which could find new incarnations under the Pentagon’s new initiative for the estimated 10,000 actively serving transgender military members. Despite the official’s remarks on Wednesday that transgender personnel would remain grandfathered in by a 2016 Obama policy, questions hang over what will happen to the personnel who have already started medical transitions.

“There’s nothing that we’ve seen so far that provides clear guidance on how those service members will be treated,” continued Stokes. “Depending on the level of support that a service member may or may not have from their commander, there could be various ways service members are treated across the branches.” 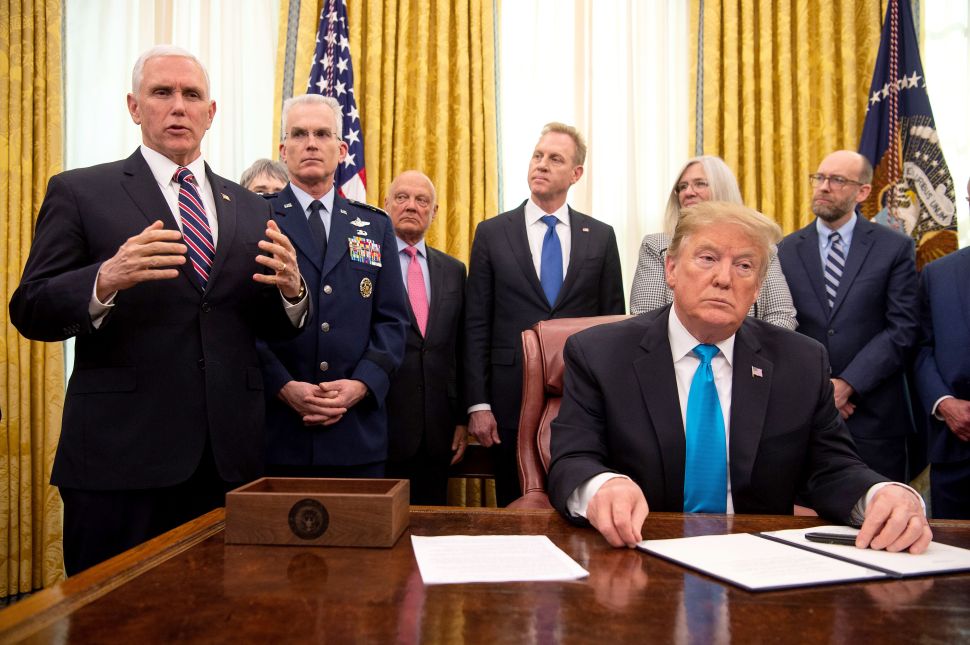