Trump’s remarks come the same day the secretary faced a grilling before the Senate Appropriations Committee over the department’s budget proposal for the 2020 fiscal year.

“As you know, budgeting within the administration is a collaborative one,” the secretary told lawmakers on Thursday. “As I said then and I’ll say again, we had to make tough choices and decisions around budget priorities.”

Echoing her statement on the controversy released earlier in the week, DeVos accused Senator Dick Durbin (D-Ill.) of using “disabled children in a twisted way” for a “political narrative.”

“That is disgusting and shameful,” said DeVos in response to a question from Durbin on whether she personally approved the $17.6 million budget cut.

Despite her outward support for the Special Olympics—she donated a quarter of her government salary to the nonprofit last February—DeVos said the Department of Education had to make some “difficult decisions” for the 2020 fiscal year during a congressional panel one day prior. She noted the Special Olympics currently takes in over $100 million in private donations, and therefore did not have to rely on government funds.

While the Department’s $7 billion in budget cuts generated plenty of outrage, they were unlikely to pass a House under Democratic majority. Last year, lawmakers opted to increase funding for education spending. 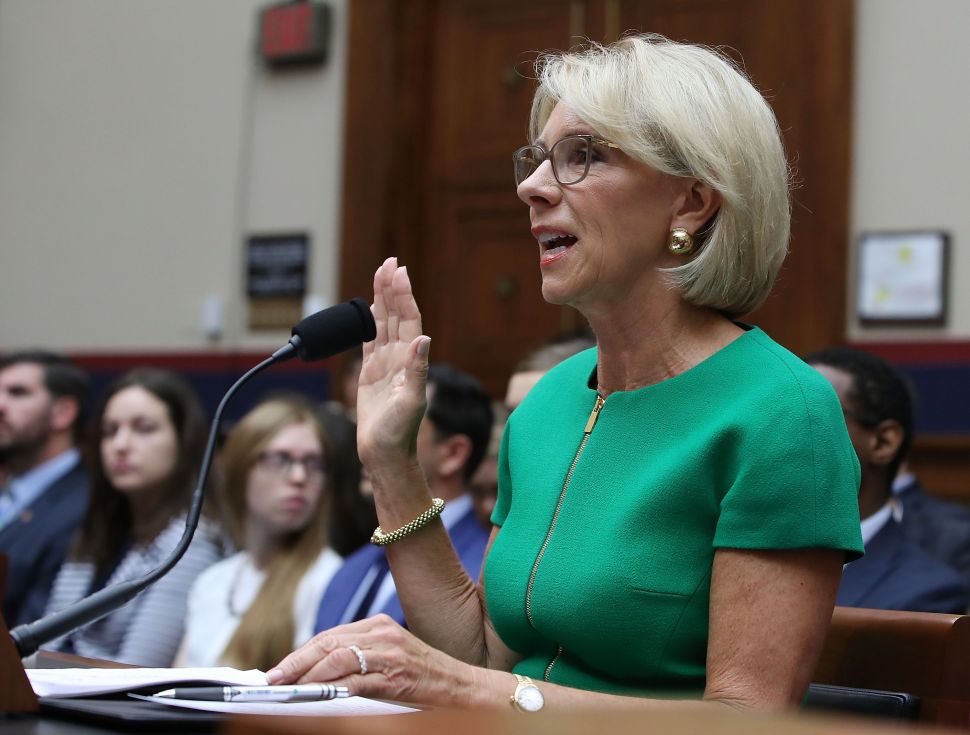