As U.S.-China trade talks continue with the March 1 tariff freeze deadline being extended, President Donald Trump is right when he calls China’s trade policy “unfair” because it undermines a reciprocal free trade relationship. Trump should be commended for being the first president in recent history to push for trade reform that could lead to more overall free trade.

While Chinese policymakers are concerned about slowing GDP growth in China, continued Chinese protectionist economic policy is not the answer to helping their own people.

Free markets have done more than any other system to help lift individuals out of poverty, which is especially true in China. In many respects, the Chinese “Opening Up” reforms—which former Chinese President Deng Xiaoping implemented in China just over 40 years ago to liberalize China‘s agricultural, industrial and financial sectors—were one of the greatest victories in human history for free market capitalism. According to the World Bank, Deng Xiaoping’s economic reforms have since helped lift more than 500 million people out of poverty in 40 years and were instrumental in creating the Chinese middle class.

Around the time China’s economic reforms were first introduced, 81 percent of China’s population was living in poverty (as measured by the percentage of people living on $1.90 USD or less per day in 2011 purchasing price parity terms); whereas in 2012, this number stood at only 6.5 percent. U2 frontman Bono was right when he recently said that “capitalism has taken more people out of poverty than any other ‘ism.'”

Today, as China may be on the verge of an economic slowdown, these same free market insights exemplified by Deng Xiaoping’s market reforms in China should be remembered by today’s Chinese trade negotiators.

First, with respect to tariffs, Chinese tariffs are demonstrably higher than U.S. tariffs. For instance, a car sold from the U.S. into China has a 25 percent tariff, whereas a car sold from China into the U.S. receives a 2.5 percent tariff. Gains from trade could be made on both country’s parts by moving toward Trump’s “zero tariff” vision.

A recent study by the Peterson Institute for International Economics found that a U.S.-China bilateral free-trade agreement would increase Chinese national income by $300 billion, primarily achieved through a boost to foreign direct investment. The study also found that such an agreement would increase U.S. exports by almost $400 billion annually, increase U.S. national income by more than $100 billion annually, and add 1.7 million jobs to the U.S. economy over 10 years.

Second, regarding market access, China remains essentially completely closed to foreign investment in its education, telecommunications and cultural sectors. China also can place quotas as it pleases on various imports. For instance, in the month of October 2018, China had a complete ban on U.S. soybean imports and instead redirected its domestic soybean demand to be met by imports from Brazil.

Finally, with respect to intellectual property theft, a report by the Commission on the Theft of American Intellectual Property estimated that China alone is behind 50 to 80 percent of IP theft cases globally, costing the U.S. economy $300 billion every year and millions of jobs.

That being said, there may be some encouraging signs that China is already moving in a positive direction to adopt further market reforms. China’s President Xi Jinping has signaled that the country is willing to reduce China’s 25 percent tariff on auto imports, and there is evidence that, in recent years, China has increasingly allowed it’s yuan-U.S. dollar exchange rate to become more flexible, according to a recent New York Fed study. Of course, actions speak louder than words, and the U.S. must “trust, but verify,” to use Ronald Reagan’s words, in negotiating with China.

While economists like Thomas Piketty have demonstrated that inequality within developed market countries like the U.S. has been increasing, global inequality has been falling since the mid-20th century, largely due to the rising Chinese middle class and China‘s free market reforms instituted by Deng Xiaoping.

If more free reciprocal trade comes from the U.S.-China talks, it will not just be a significant victory for Trump and the American people, but also a victory for Xi Jingping and the people of China. 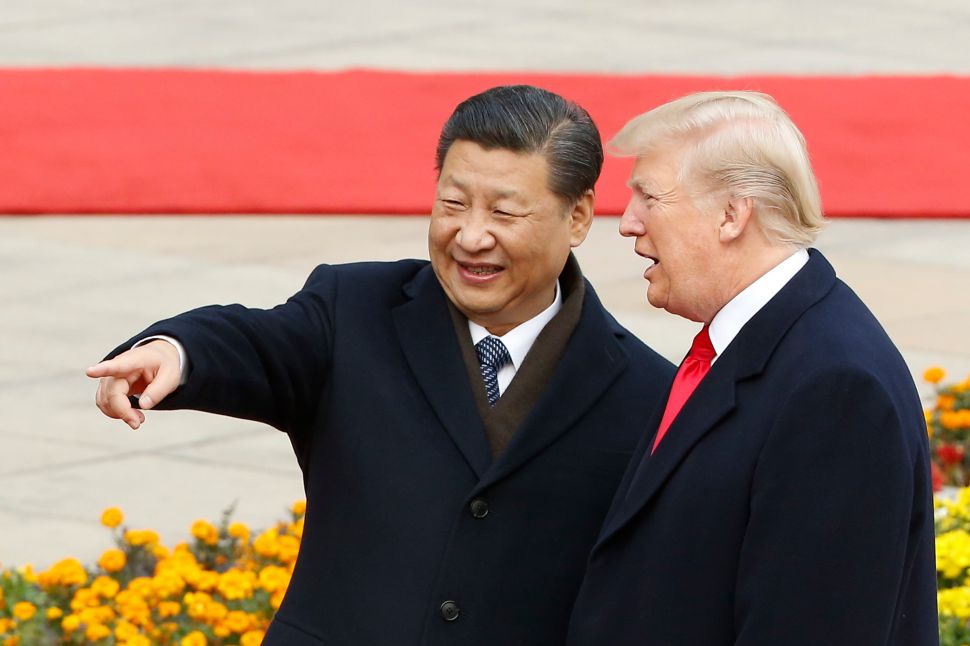