It’s near impossible to attract a moment’s worth of attention in the film industry. Young and hungry callow rookies claw one another like vultures wrestling for scraps for a brief glance into the spotlight. Veterans of yesterday grip their fleeting fame with the deadliness of a life raft in stormy seas. No one can hold center stage forever. But the only thing more impossibly difficult than generating hype in this business is living up to it. And Jordan Peele has.

The filmmaker’s new provocative, point-of-view sharpening tale Us premiered at SXSW Friday night and with it, the cementing of a genre maestro, the continued ascension of a fledgling production company, and another win for a surprisingly consistent studio.

Following the shocking success of Get Out both critically and commercially, no director in Hollywood had more pressure to replicate success than Jordan Peele. Perhaps that very compulsion—the literal idea of replication—is what spawned Us, which sees a family’s serenity turn to chaos when a group of mirror doubles terrorize them on vacation. Thanks to a smart script and great performances from the main cast—notably a prowess-unlocked Lupita Nyong’o and a wonderfully loose Winston Duke—Us is both laugh out loud hilarious and disturbingly eerie all at one.

One part Wes Craven and one part Rod Serling, Peele shows off a continued command of imagery and suggestive visual language that amplifies a desired tone. This isn’t a traditional horror movie—there’s well-executed humor throughout and even the scariest of scenes are more unsettling than out-right terrifying—and that delineation keeps an interesting concept and mystery centered. It is violent and disturbing at times as Peele is most definitely a purveyor of the perverse, but Us very much boasts a perspective on this country and the national undertones are refocused to be expressed through the struggle of this one family. We are, quite literally, our own worst enemies.

Although Us may hold back its intentions a bit too much and sport a more controversial conclusion than the cinephiles who took to Twitter immediately after the end credits rolled would like to admit, it is very clearly proof of Peele’s immense abilities. He is not a one-hit wonder in the same way that Jaws proved Spielberg to be an elevated genre storyteller. Peele’s production company, Monkeypaw Productions, will immediately be catapulted to greenlight status similar to Christopher Nolan‘s Syncopy Inc. The brand is now Hollywood currency.

Monkeypaw has very quickly put together an enviable roster of credits: the 2016 cult comedy Keanu, 2017’s Oscar-winning Get Out and last year’s Best Picture-nominated BlacKkKlansman. On the small screen, the studio is responsible for Key & Peele and The Last O.G., while upcoming projects such as Peele’s Twilight Zone reboot, Amazon’s Nazi hunter thriller The Hunt, and HBO’s sci-fi anthology Lovecraft Country rank among the small screen’s most highly-touted upcoming endeavors. In a vacuum, Monkeypaw has proven to be an excellent developer of both engrossing original concepts and existing properties—a two-hander that makes the mouths of Hollywood’s elite like a steak dinner. In a sea of mediocrity, Monkeypaw has torn at the current to rise to the top.

As for distributor Universal Pictures, Peele continues to be the best low risk-high reward proposition in the business. Get Out earned more than $255 million worldwide off a minuscule $4.5 million budget and Us, made for just $20 million, is tracking for a $35 million-plus opening weekend. Without any name brand superhero franchises to boast, Universal must be creative in order to consistently compete with Disney and Warner Bros. Over the last five years, they have carefully managed to do so and with Peele, they have found an intelligent creator who maximizes profits. It’s the best of both worlds—a critically acclaimed storyteller who cans stretch a buck. I think the studio’s founders just cracked a bottle of champagne in the afterlife.

Us is far too much of a multi-hyphenate to be judged properly after a single viewing, so take all of the reviews out there with an ounce of optimistic skepticism. But regardless of how the critical community eventually lands on a categorization for the film—a concept Peele acknowledge we’re obsessed with during a Q&A after—it is going to reinforce the growing influence of a new power in Hollywood. It’s still far too early to anoint Peele a king, but by all appearances, a throne is in his future. 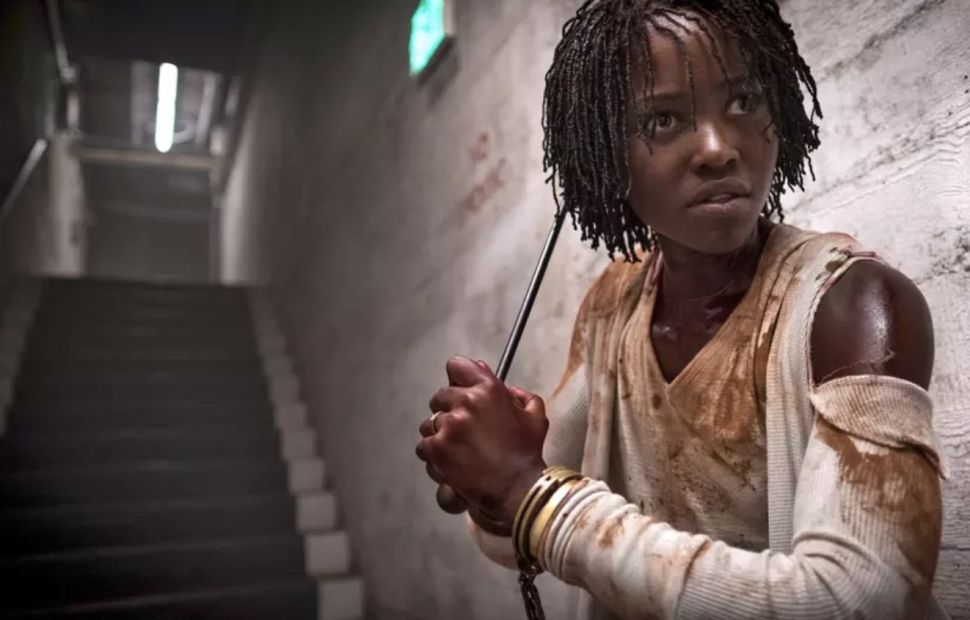